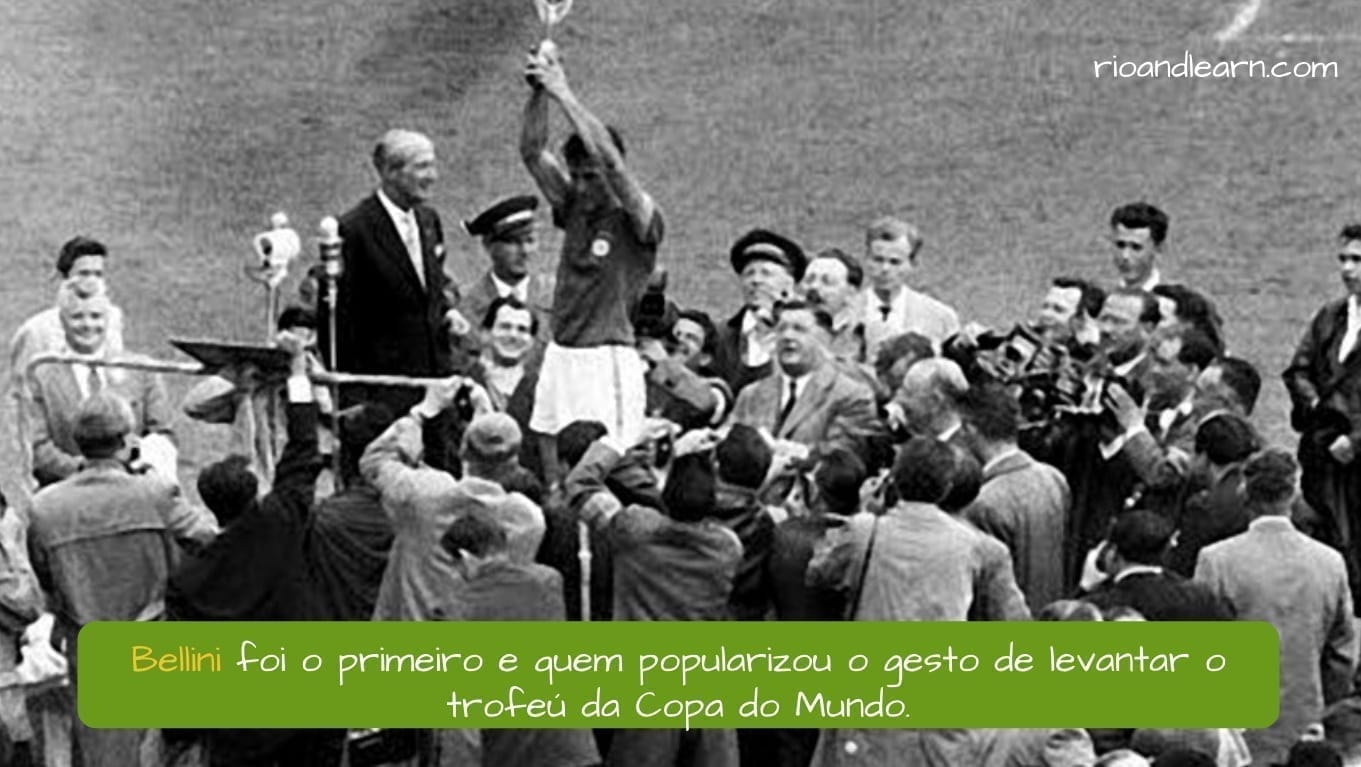 After losing the 1950 World Cup final for Uruguay inside a sold up Maracanã in Rio de Janeiro and placing sixth at the 1954 World Cup in Switzerland, the Brazilian Team had one more chance to play for the title and eliminate the trauma gotten after the 1950 tournament. The 1958 World Cup was hosted by Sweden from June 8 to 29.

The tournament is also notable for marking the debut on the world stage of a then 17 year old Pelé. Pelé complained about pain in the knee several times during the world cup and asked to be sent back to Brazil. After complaining a lot, the Brazilian team masseur told him that the only way to avoid playing was being a woman. Pelé was pissed and replied EU SOU MACHO! (I’m a man!). He then became the youngest player to ever win a world cup.

Besides Pelé, this tournament was also remarkable because of other players gathered in the Brazilian Team. Players such as Garrincha, Nilton Santos, Didi, Bellini etc. Players who have their names in history for winning the World Cup and also for what they have done in their football clubs.

After passing through a tough group with England and The Soviet Union, Brazil faced Wales at the quarter-finals beating them for 1 – 0. For semi-finals they played against France and beat them for 5 – 2.

The final match was against the host, a tough game in the beginning but the Brazilian team could beat Sweden for 5 x 2, goals scored by Pelé (2), Vavá (2) and Zagallo (1). Pelé in this match scored one of the most beautiful goals in his career and in World Cups history, a good welcome card for a 17 year old player. Let’s watch it and the other goals on the video below:

Brazil became the first country to win a World cup out of its own continent. It only happened again in 2010 when Spain won the World Cup in Africa.

The act of lifting the winning trophy is something very popular nowadays. But before the 1958 World Cup, nobody has ever done that, the captain of the Brazilian Team, Bellini, was the first one to ever do it and also made it popular for the future Brazilians titles to come, take a look:

After the victory, Paulo Machado de Carvalho, head of Brazilian delegation, tried to steal the ball of the game while the team was celebrating. He was caught and nowadays the ball can be found the Museu da Federação Paulista de Futebol.

After reading the text, complete the sentences:

That’s it, galera! Since this is a World Cup year, we learned a bit more about the first Brazilian title. Subscribe at A Dica do Dia for more lessons about history, culture and grammar. Also follow us on Twitter, Linkedin and Instagram to see more about our school.