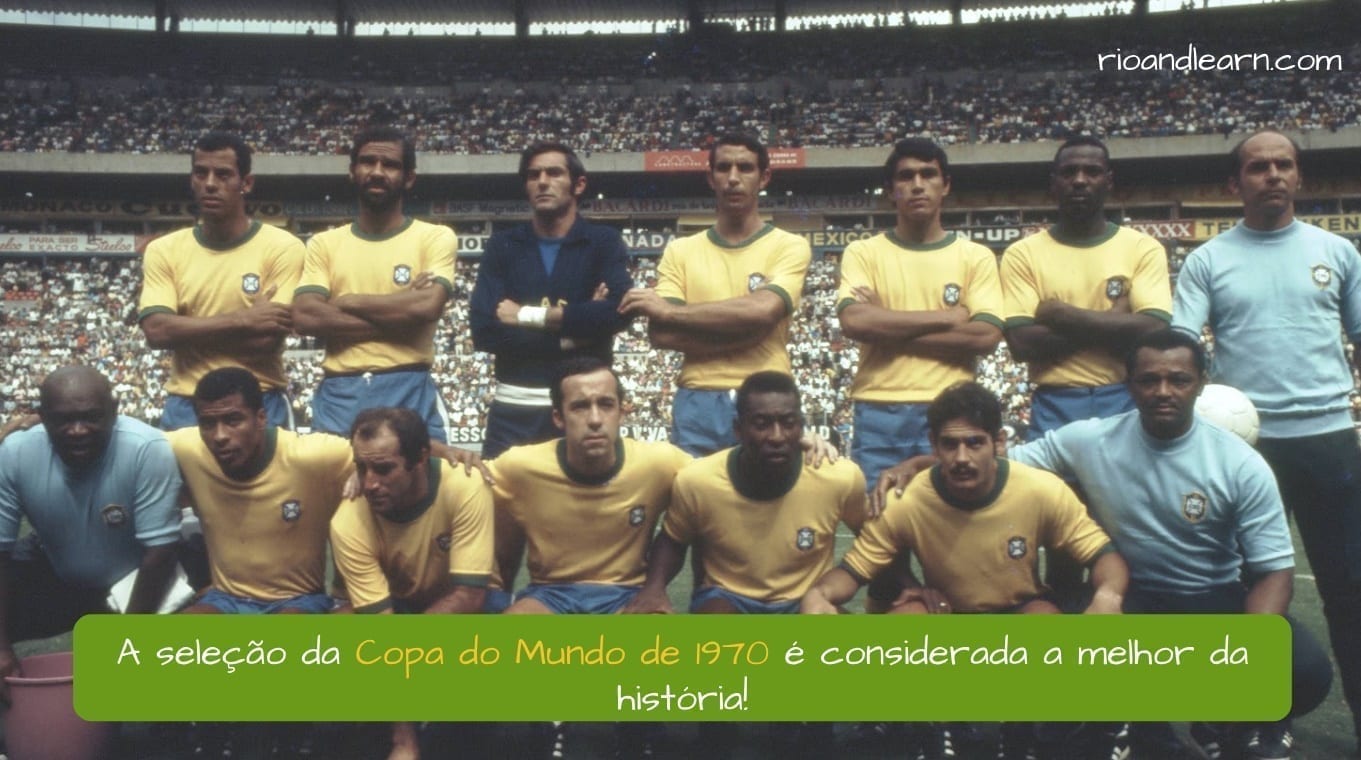 Hi guys! How are you? Today we will keep talking about football. What do you know about the 1970 World Cup? The third Brazilian title in the history of this tournament. Have you ever heard about it? Let’s do it now!

After two consecutive World Cup titles in 1958 and 1962, the Brazilian team failed trying to win the third one in 1966. But it would return even better. This event was held from 31 May to 21 June in Mexico. It was the first World Cup tournament staged in North America, and the first held outside Europe and South America.

Before the 1970 World Cup, the teams weren’t allowed to do substitutions. The eleven initial players had to play the entire 90 minutes of the match. That was a huge change that helped the teams physically and as a consequence, technically too.

The tournament, facts and curiosities

This World Cup was the first ever broadcasted in colors, a big technological advance for that period of time. The tournament was also special because of the players who were part of the Brazilian team. Players such as Jairzinho, Carlos Alberto Torres, Rivelino and last but not least, Pelé. At the prime of his career, Pelé led the team through the matches until the final beating Italy by 4 x 1 and also being the main character because of the goals that he scored and also the ones that he didn’t. Have you ever heard about his long distance kick from the middle of the field, that almost turned into a beautiful goal against England?

Among these important facts, there is also the case of 23 Mexicans who ran away from prison because the guards were distracted watching the match between Italy x Germany,  which is considered one of the most exciting matches of all time, not only because of the score but because of the situations involved. After previously beating England on extra time, the Germans had another one against Italy. It was so tough that the captain Beckenbauer broke his clavicle but didn’t give up, he stayed until the end.

Although Germany lost for 4 x 3, they proved their value and put their name in history playing what is considered the most exciting match of the World Cup history!

Let’s see these facts, the goals and other things of the Brazilian campaign through the 1970 World Cup:

Another important thing about the 1970 World Cup is the fact that it was last appearance of the Jules Rimet Trophy. The first team to win the title 3 times could take it permanently and Brazil, Uruguay and Italy had two titles already. Since it was Brazil’s third title, they could keep the trophy.

Despite being at the prime of his career, that was Pelé’s last World Cup. After the tournament he kept playing for Santos Football Club in Brazil and later he was transferred to USA to play for the New York Cosmos to help making football (or soccer) popular at the Uncle’s Sam land. Even not playing for the Brazilian Team anymore, he put his name in history as the best player of all time for his goals and titles in Brazil and also winning 3 World Cups titles, something really hard to accomplish.

Answer the questions about the 1970 World Cup using (T) for true and (F) for false:

Alright my friends! We have just learned about the third Brazilian World Cup Title in 1970. Stay tuned for more Dicas subscribing at A Dica do Dia or following us at our Instagram page.