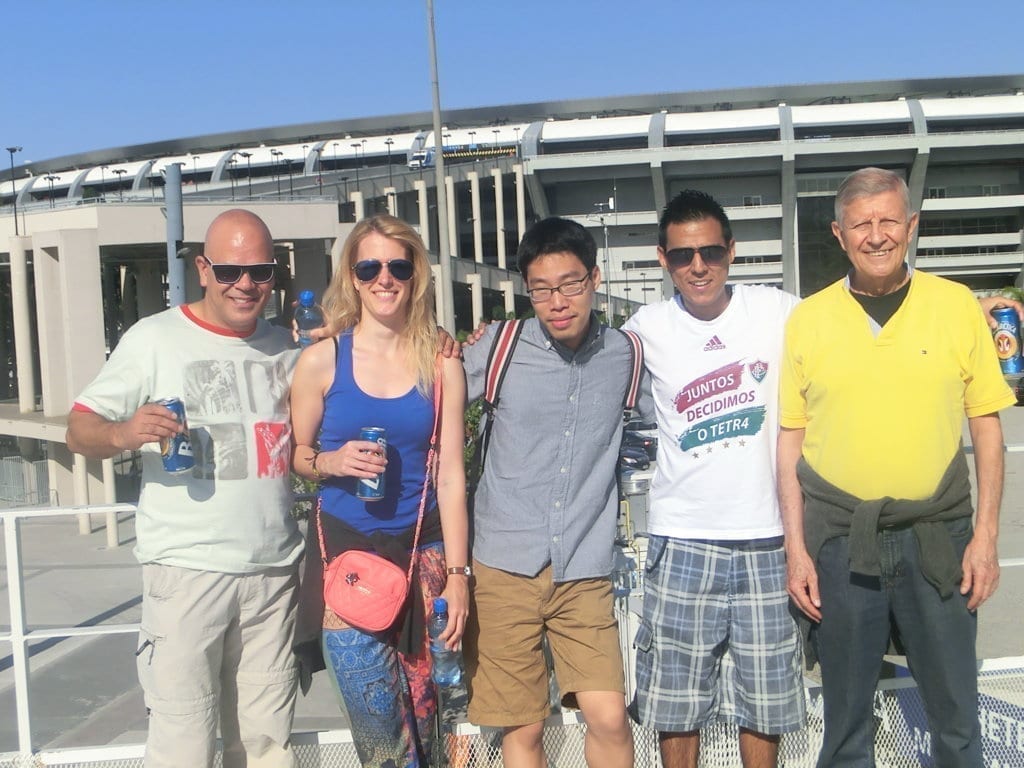 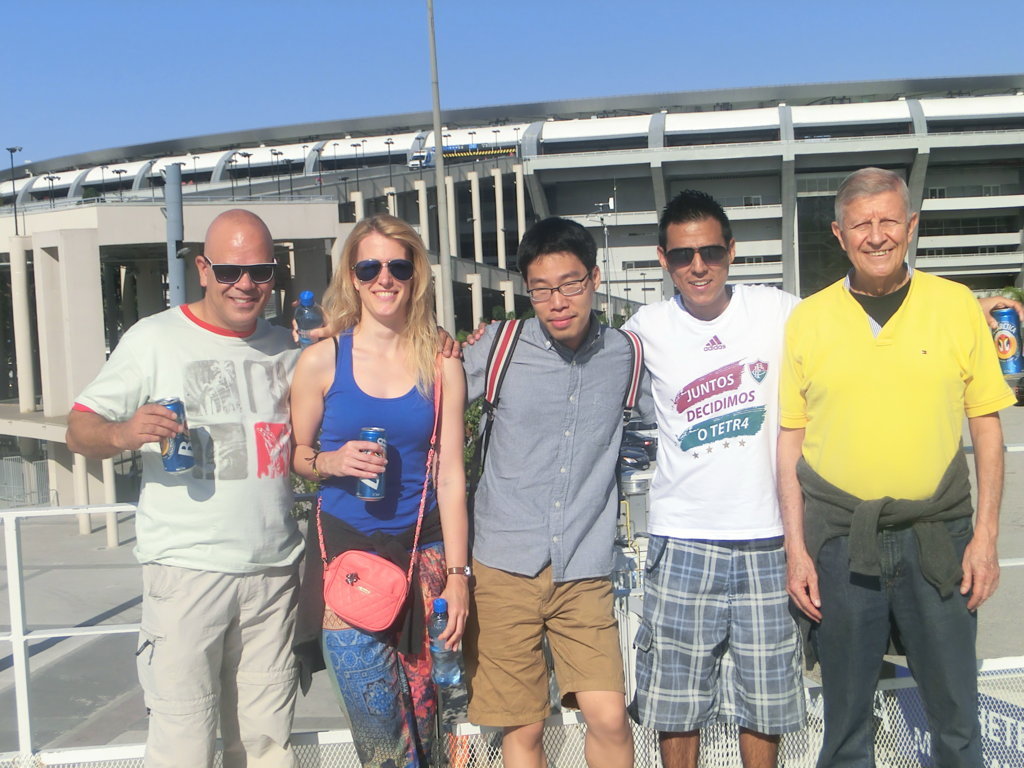 6 goals at Maracanã was the nice present that our Portuguese language students had this last Sunday on the match that we saw with our last RioLIVE! Activity. Maracanã is the most famous stadium in the world and it is here, in Rio de Janeiro, in Brazil.

We were a nice group of students from Germany, Japan, Holland and Perú, ready to enjoy a Fluminense match against the leading team of the Brazilian Championship, Cruzeiro. Cruzeiro is a team from Belo Horizonte, a city at Minas Gerais state.

We went to Maracanã by subway with all the Fluminense torcedores (fans) around. Our Portuguese students did questions about the Championship as we were getting near the stadium.

We did a group photo outside and had some beer to refresh ourselves under the hot brazilian winter’s sun. At the stadium our students got surprised because Brazilians don’t seat on his own seat, and they seat where they prefer, randomly. They commented as well that it was full of women at the stadium, much more than in their own countries. We had an old woman with an enormous and heavy flag, but she knew how to use the flag even the weight and her advanced age.

The match started with a Cruzeiro penalty goal, but just some minutes later Fluminense did two goals. Before the end of the first half, Cruzeiro settled the 2 – 2. At  the break we refreshed with some coke and Guaranã (link) and some student asked for a hotdog in Portuguese (cachorro quente).

See how Brazilian fans cheer at Maracanã on the next video:

After the break, we had a Cruzeiro goal. Fluminense fans were frustrated, but just before the end of the game Fluminense got the 3 – 3 and happiness was around every corner in Maracanã. The fans sang songs and they didn’t want to leave the stadium. Our students enjoyed the moment with big smiles. We had a great football and Portuguese day!

See below some pics of our RioLIVE!: 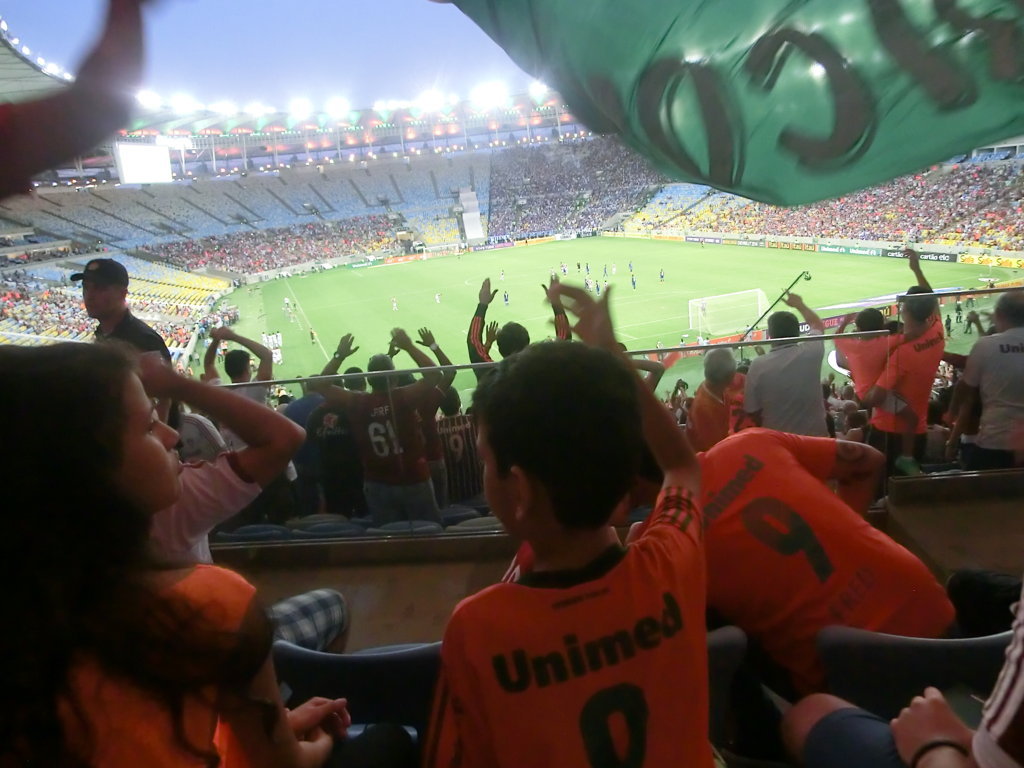 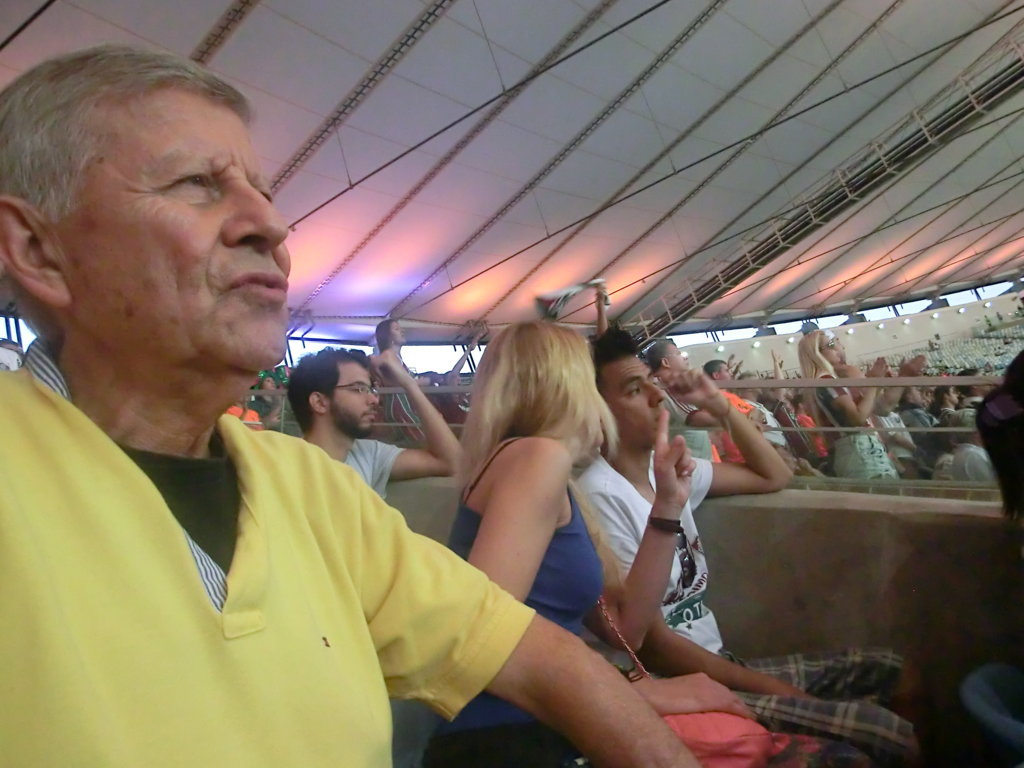 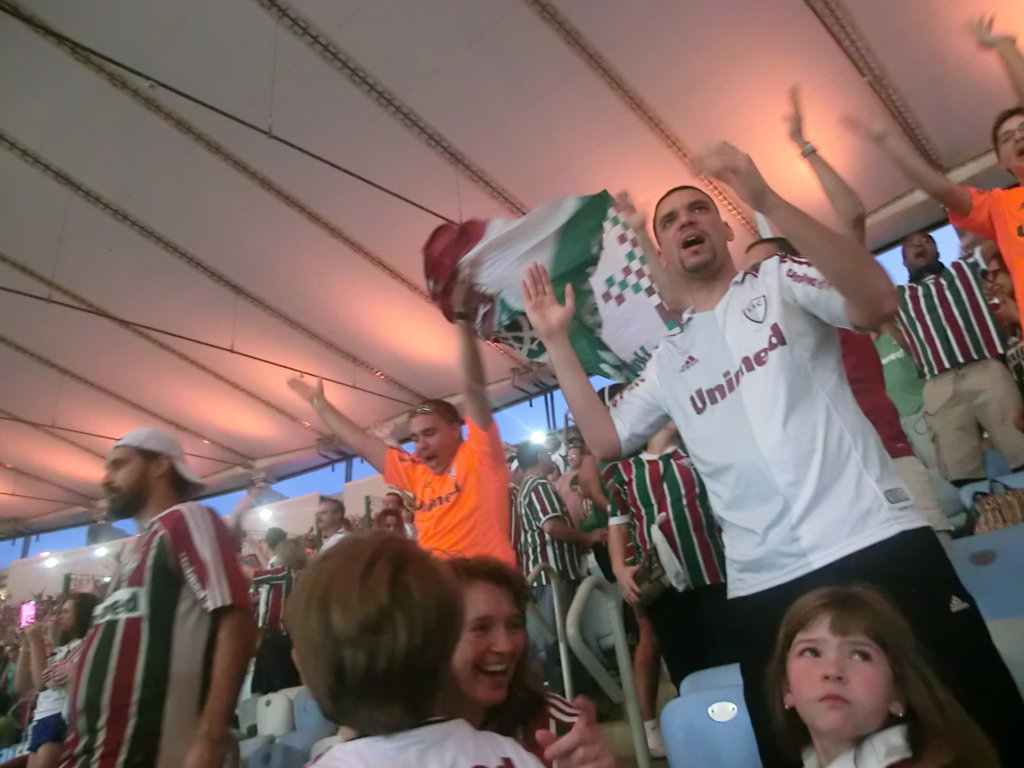 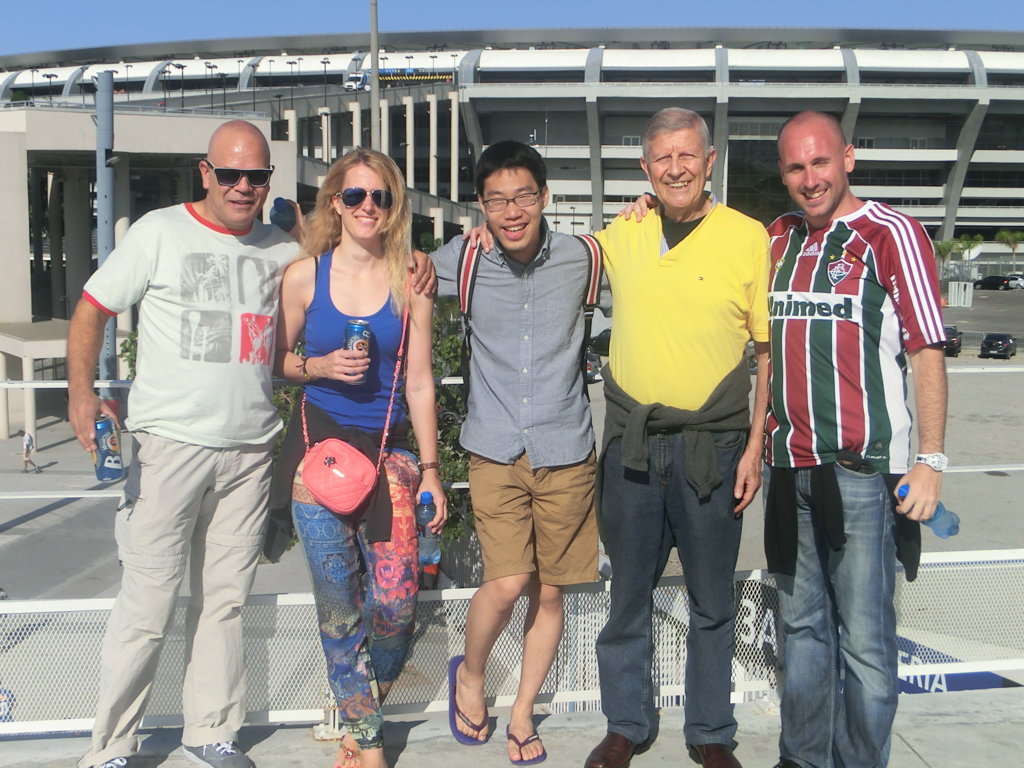 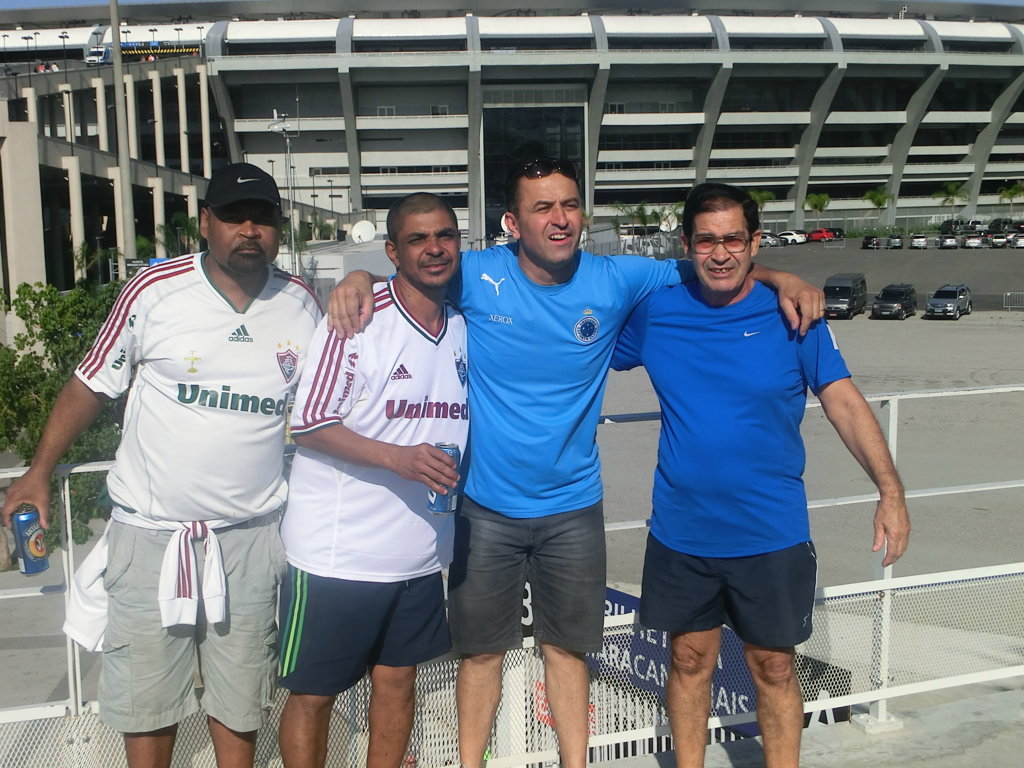 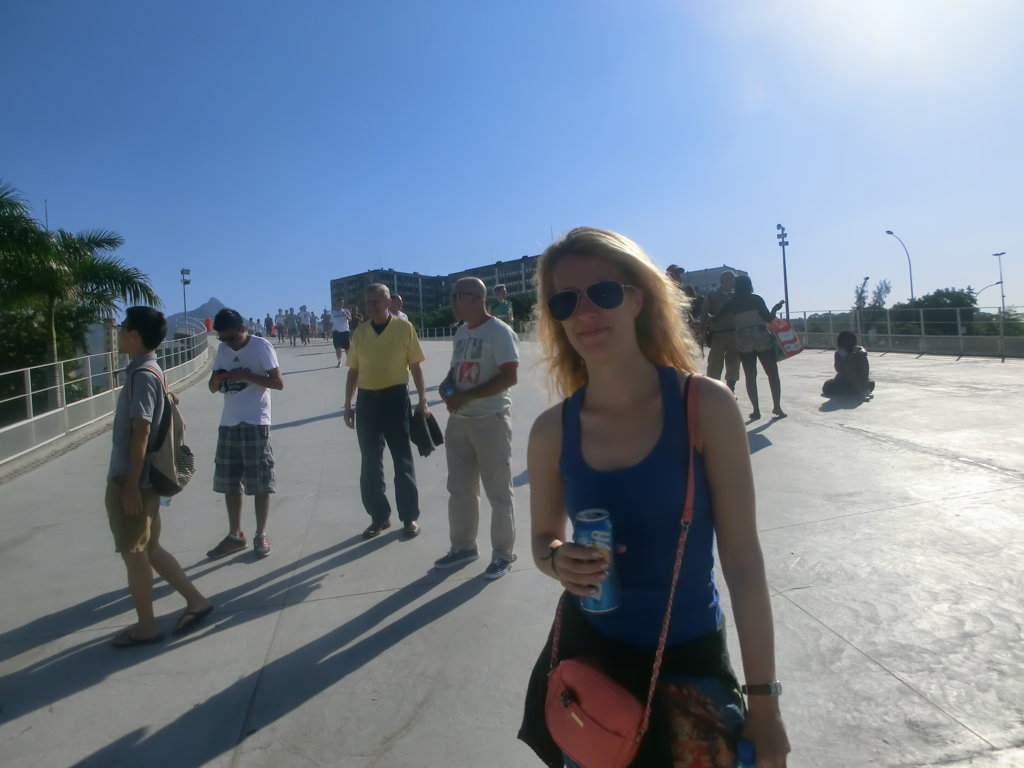 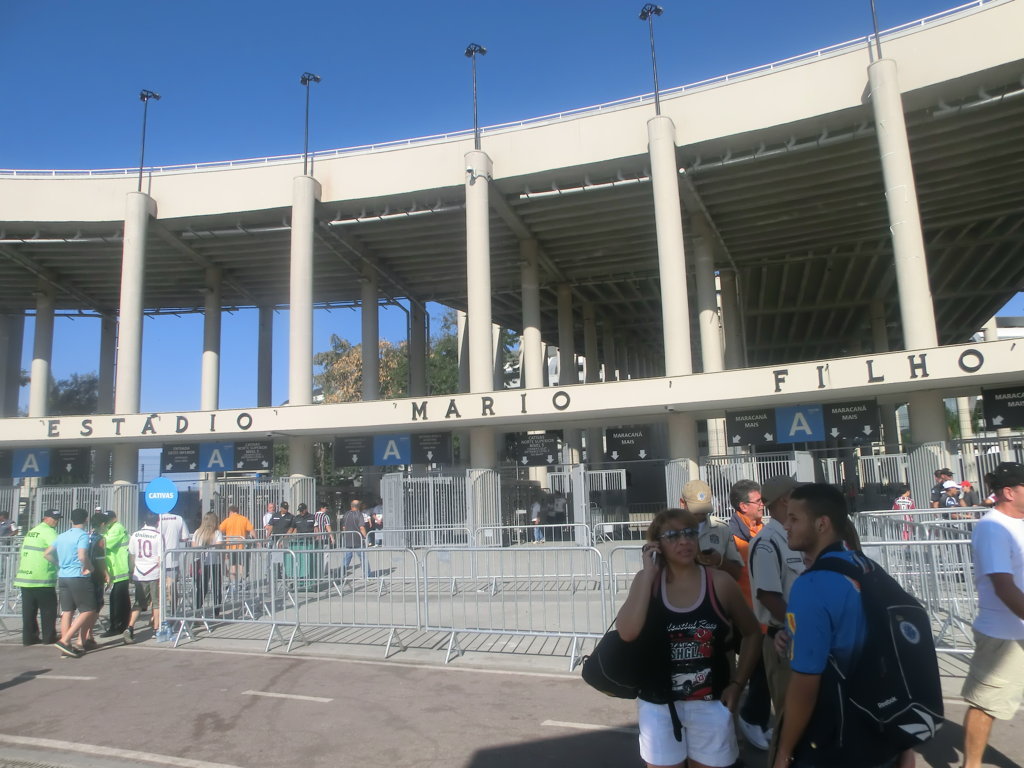 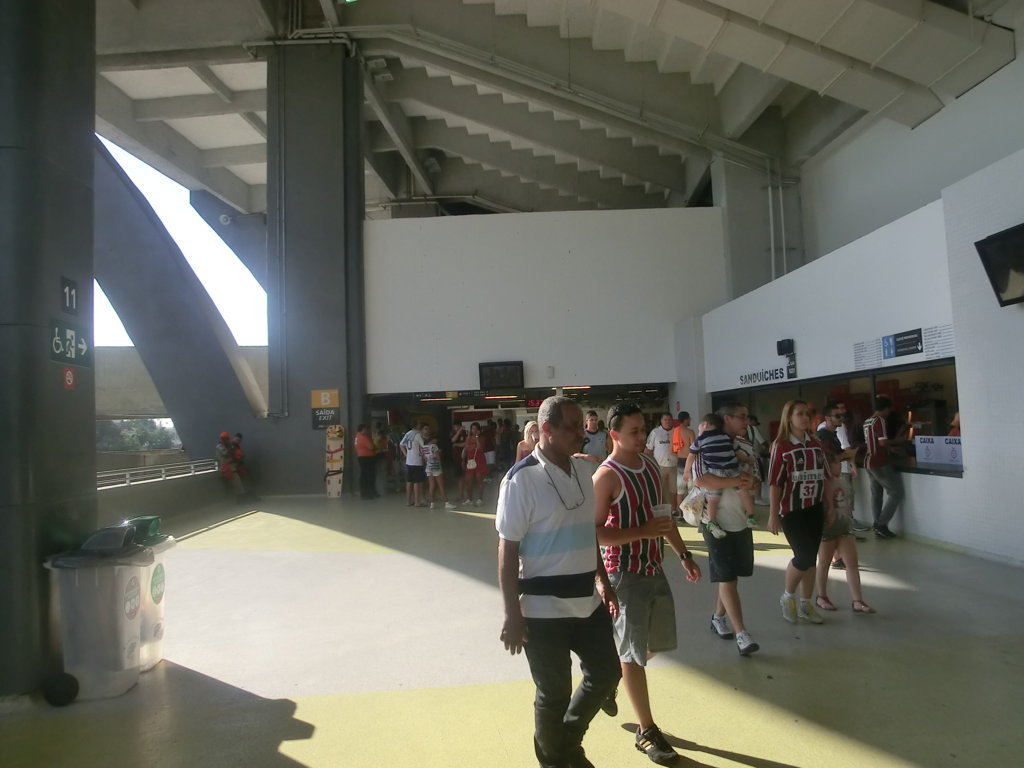 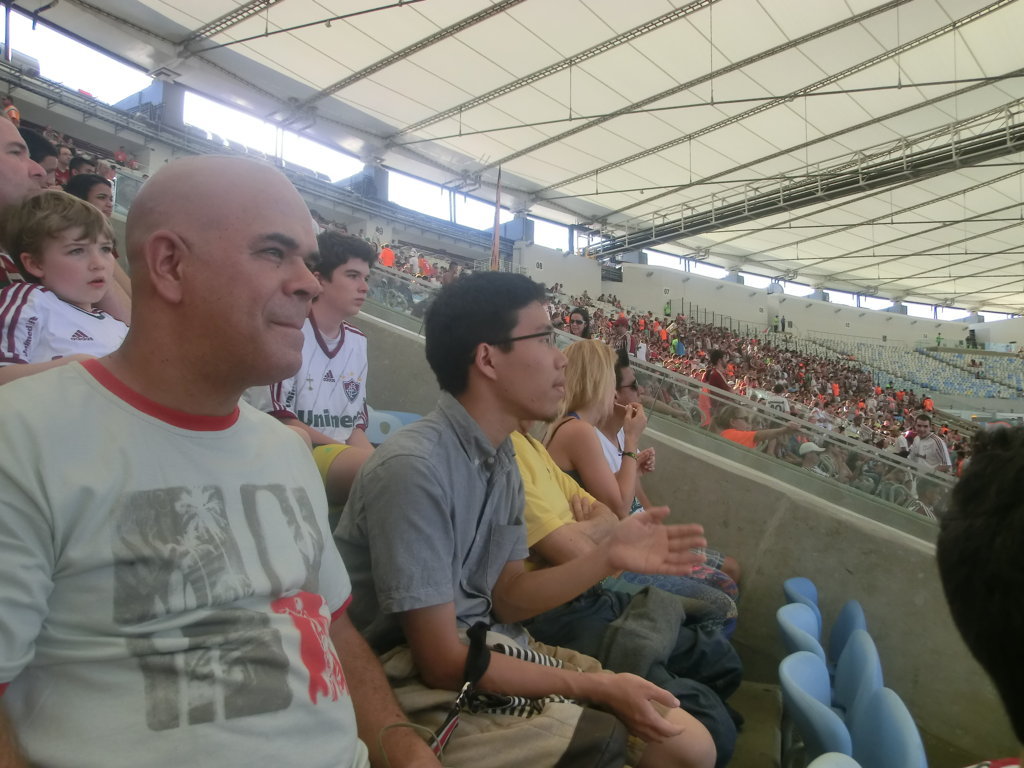 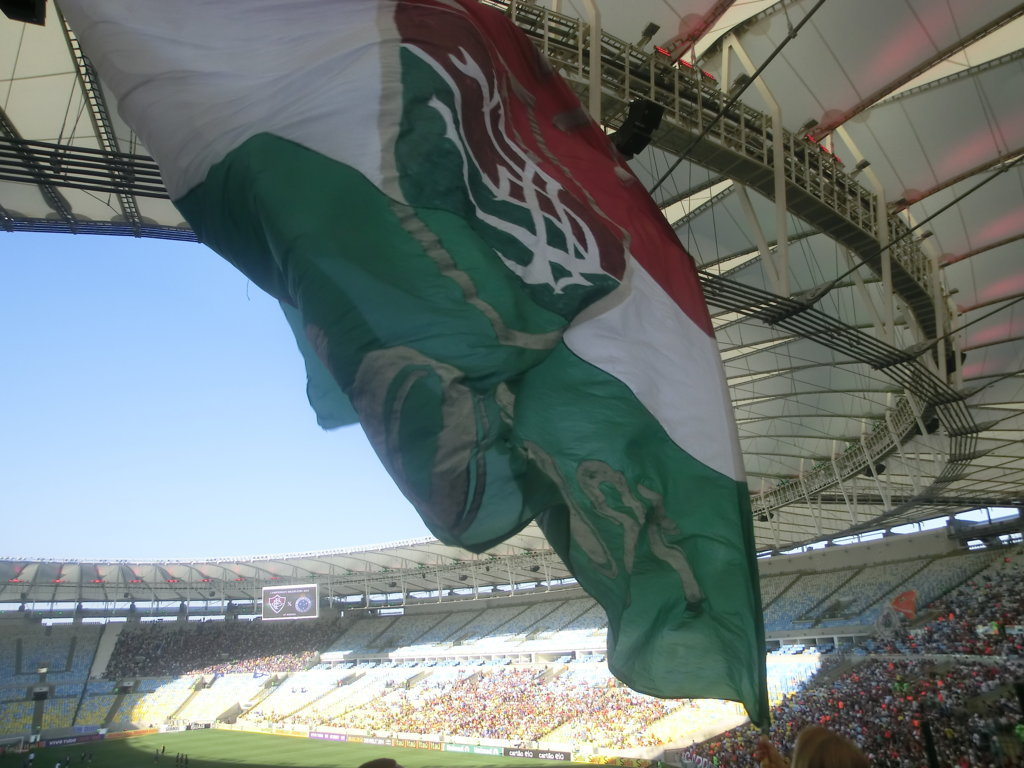 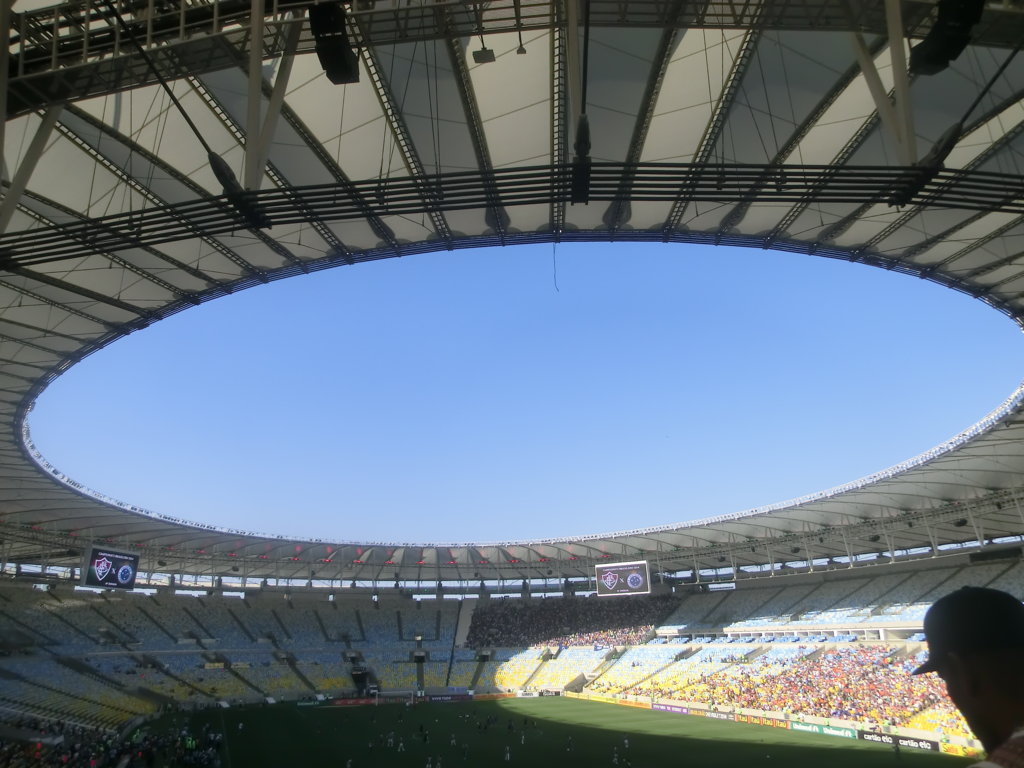 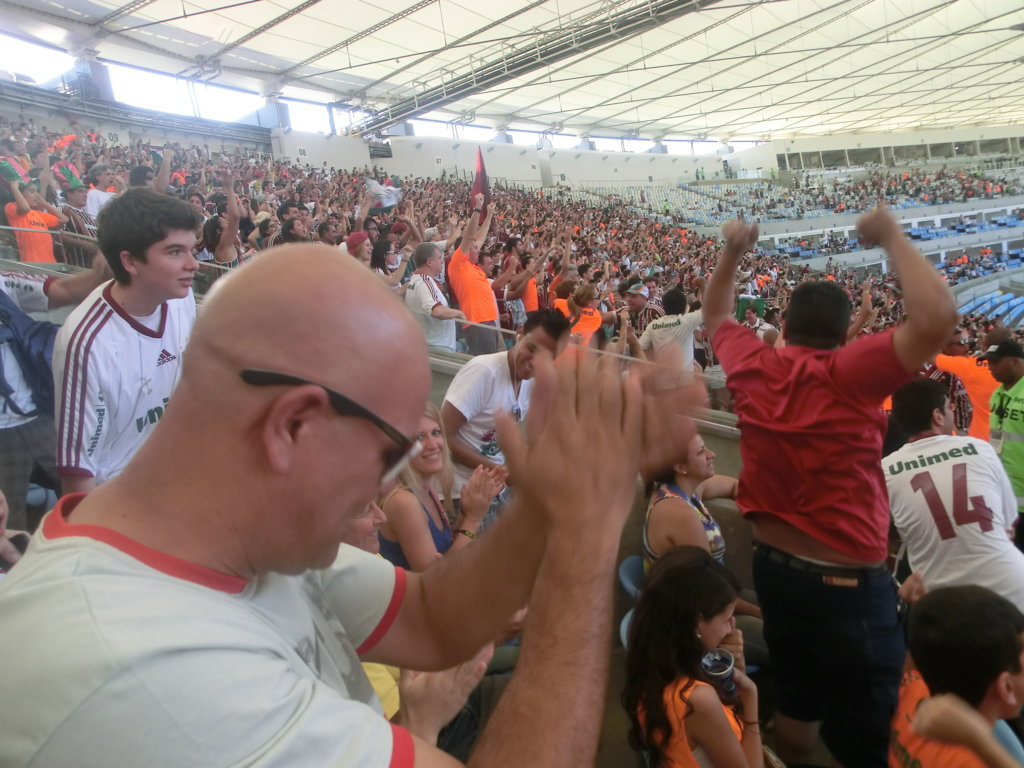 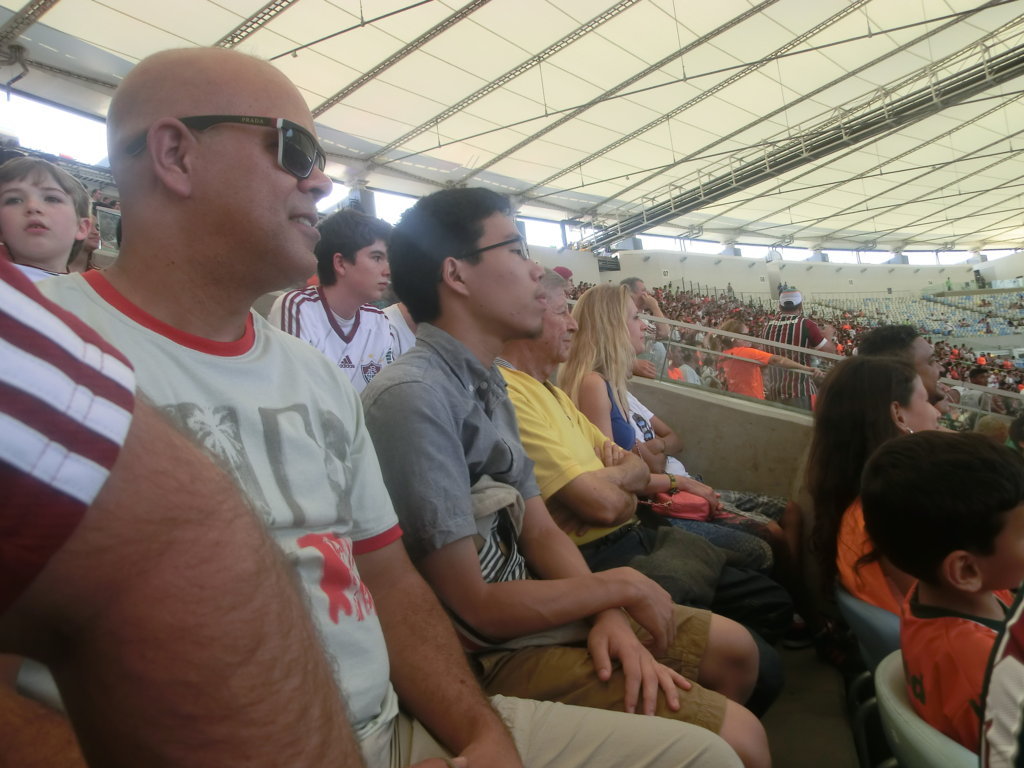 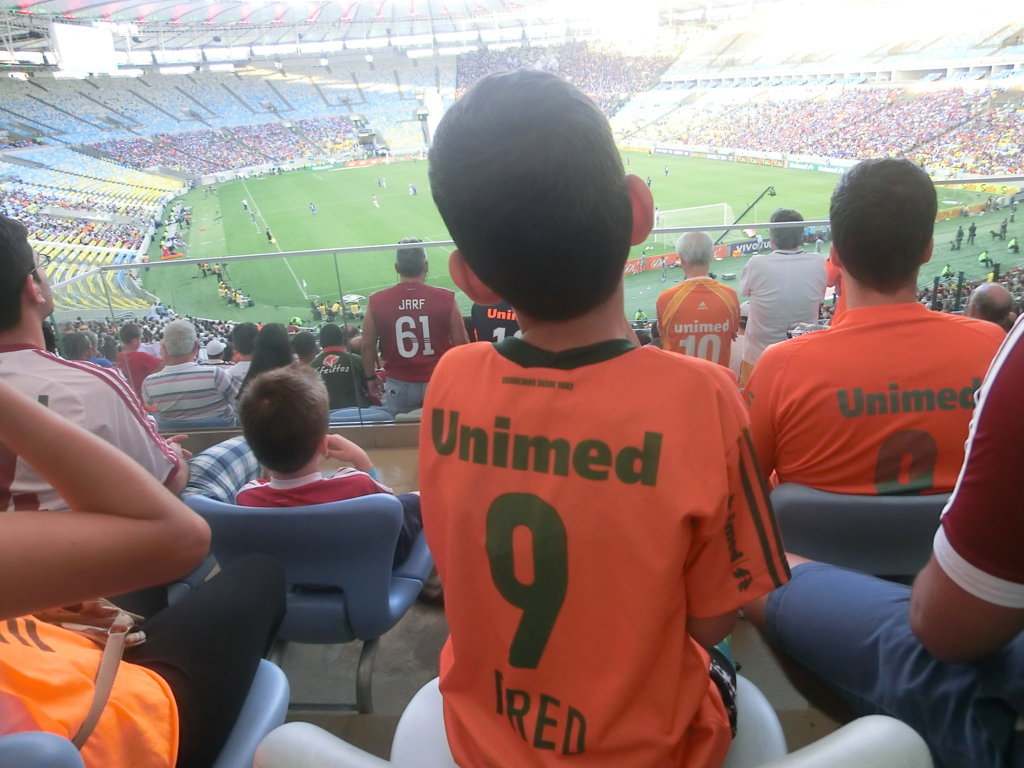 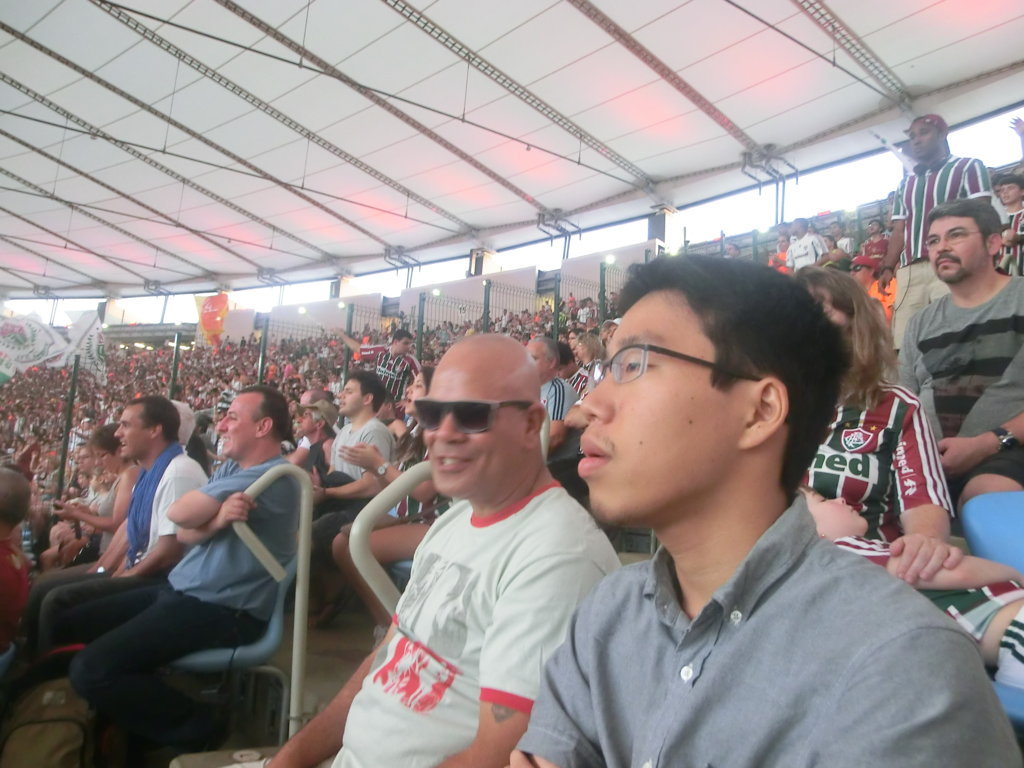 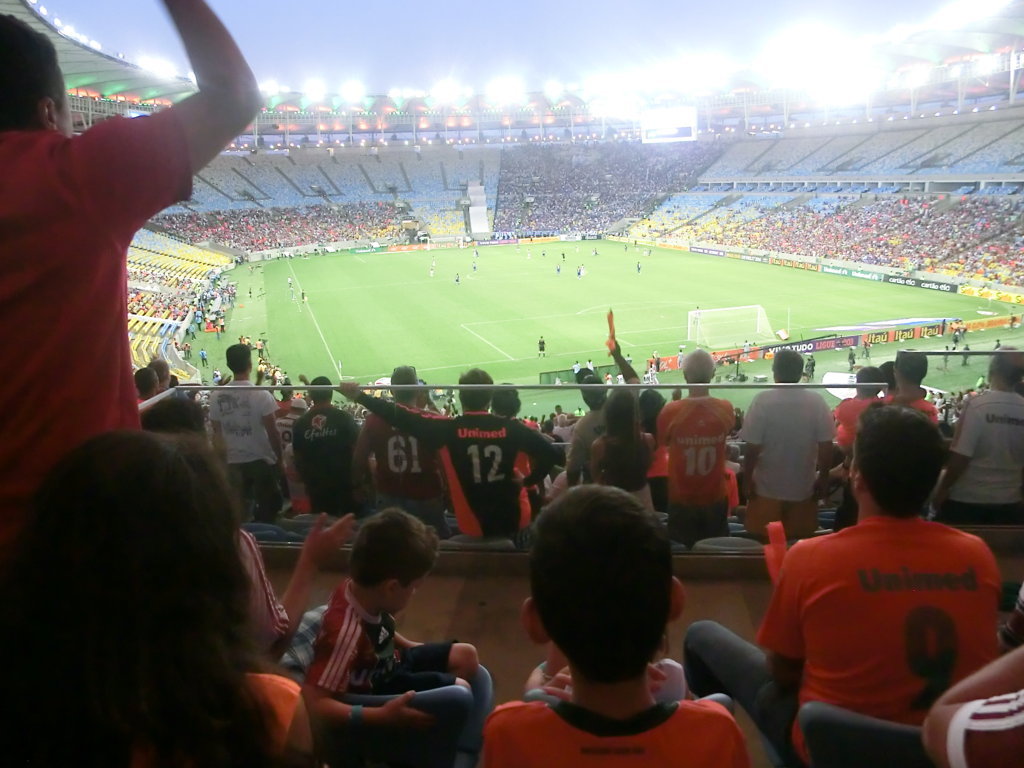 See here another RioLIVE! at Maracanã: