A Fun Night Out 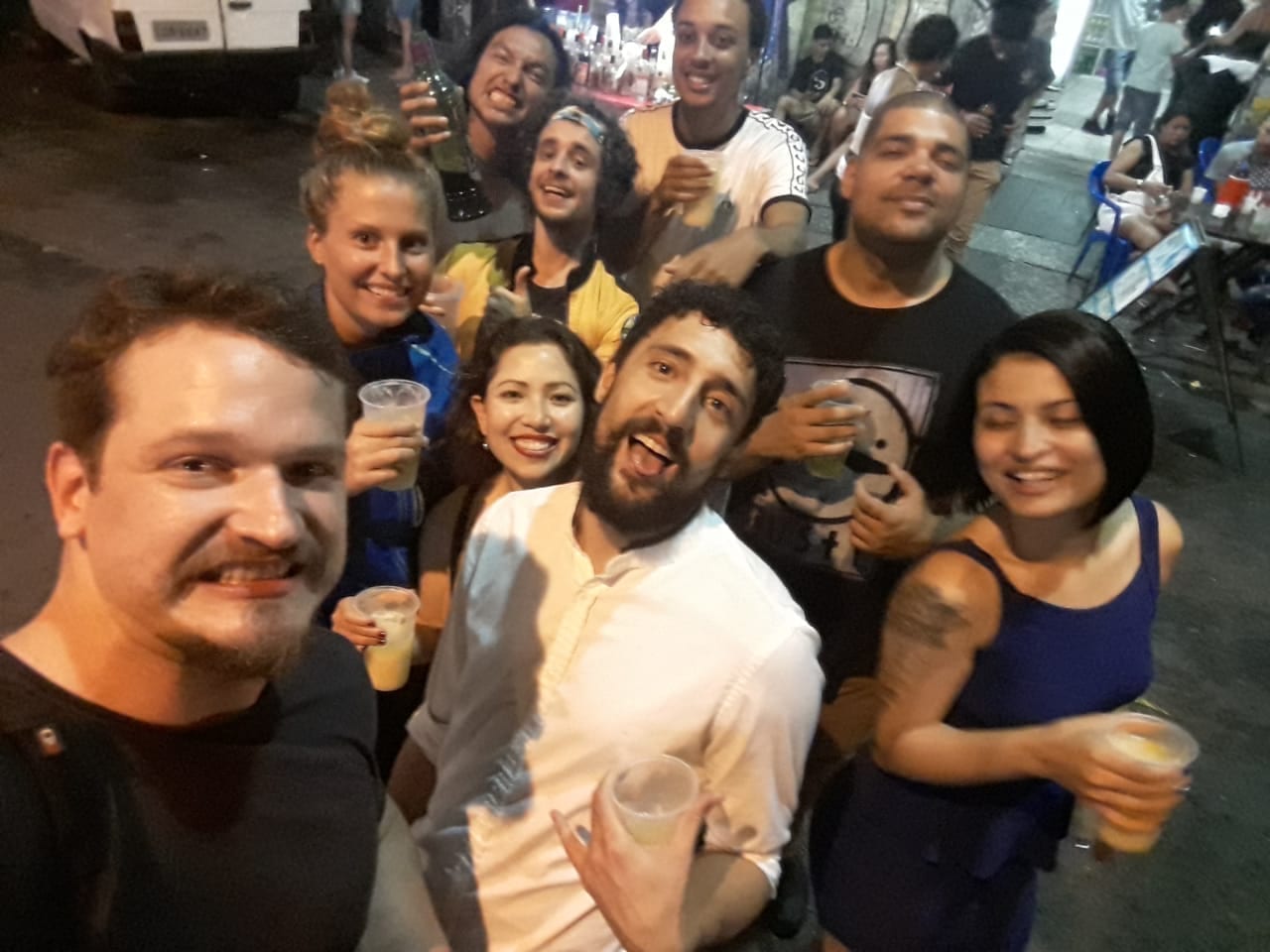 Last Friday we had a great and a fun night out with our RioLIVE! The best thing was that many things that we did wasn’t planned. But because of the weather we had to change our schedule, but our Portuguese students had as much fun as any other activity. We were supposed to go to Pedra do Sal, but because of the bad weather, the event didn’t happen, no problem for us! Our students did a good warm up drinking some beers and caipirinhas there.

Then, they headed to Lapa to hang out, dance and why not drinking a bit more? After walking around the place, we went to a very nice bar where you can listen some awesome samba, its name is Vaca Atolada. As we said before, even with this small change of plans, we had a fun night out together.