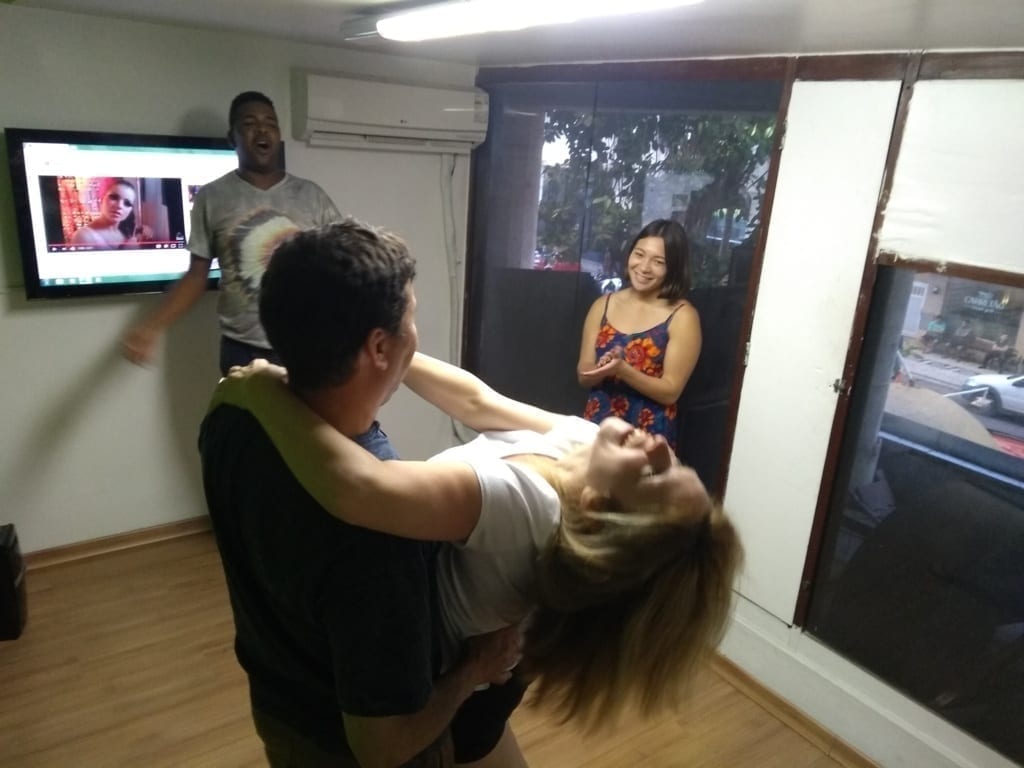 The Forró class here was very hard to learn in the beginning but very fun, the instructor is an awesome, patient and encouraging dude.We laughed the whole time. I highly recommend it, get ready to dance and have a lot of fun!

What do you think about learning a new rythm? Our Portuguese students did that this week. They learned how to dance one of the most popular dances in Brazil, Forró. Besides samba, forró is another rythm that Brazilians love dancing.

They were a bit shy in the beginning, but after each step and each word from the instructor, they could dance and show how fast they are learning a new rythm. We are totally sure that they loved it and also that they are ready to dance at Feira de São Cristóvão on Friday night! See more of this on the video below:

See more of this RioLIVE! at our Facebook Page:

Come to Rio & Learn and take part in our RioLIVE! Activities:

Check the links to see how our last Forró classes were: