A night of Samba at Pedra do Sal 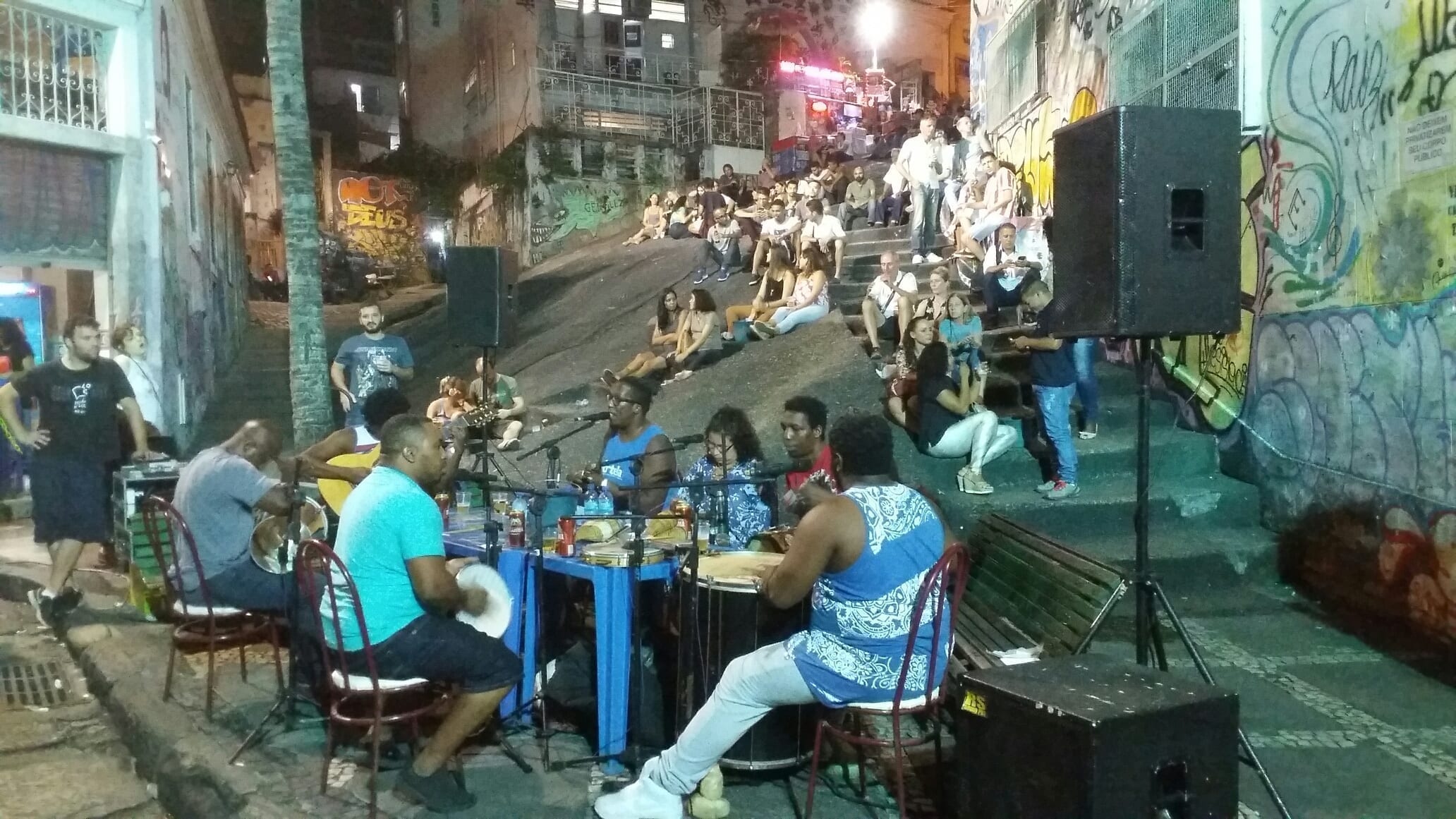 On Friday night we had the opportunity to see Pedra do Sal, a place that celebrates the samba tradition. Pedra do Sal is located in the centre of the city and is surrounded by graffiti and street art. Artists and musicians play samba songs while the crowd sings and dances along. This is another destination in Rio not to be missed!!!

Pedra do Sal is a place that draws people especially samba lovers. The lively place is home to one of the most roda de sambas (samba circle) in the city. The historical atmosphere makes it more fun for people to enjoy a night of Samba on our RioLIVE! Pedra do Sal.