A walk up to Leme Fortress 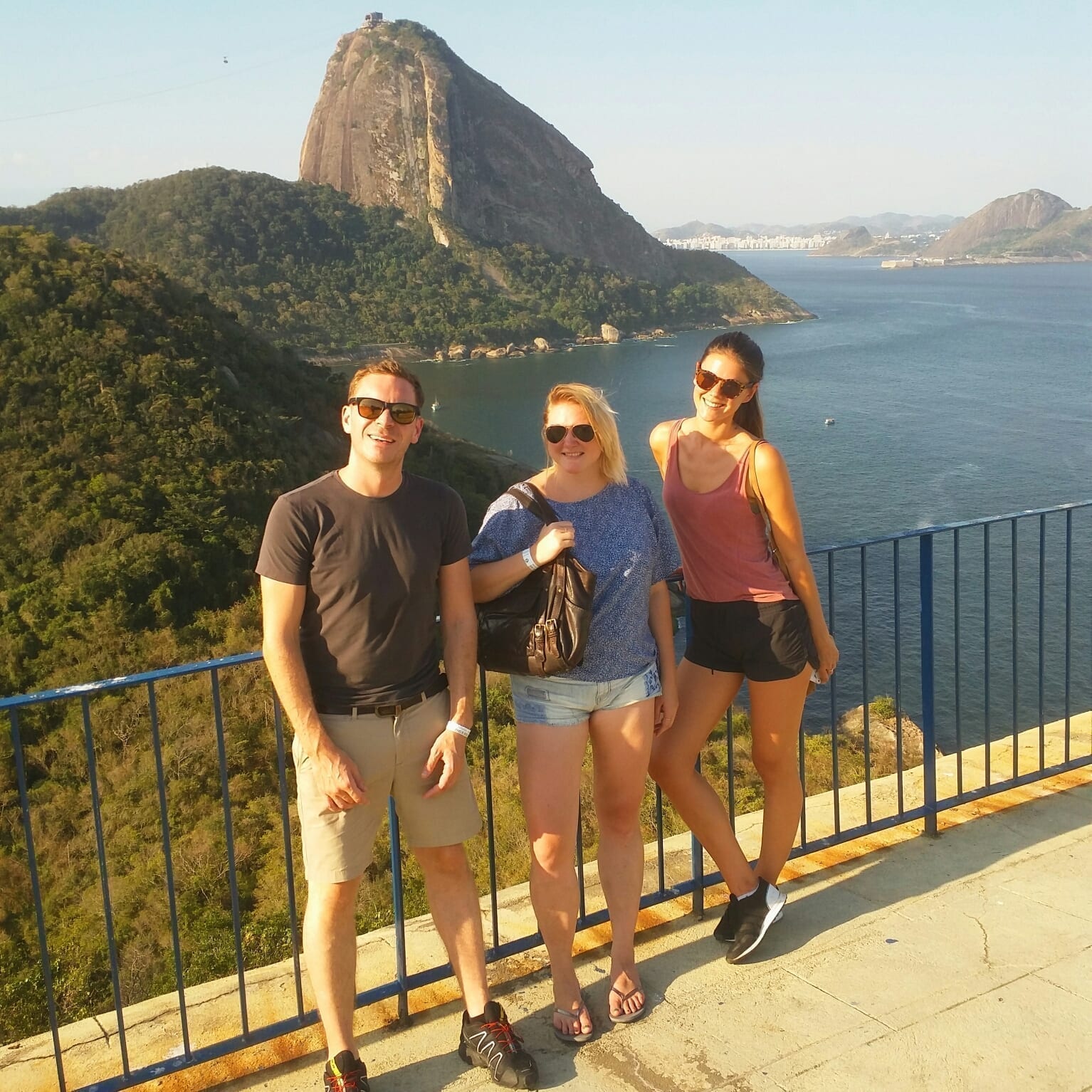 The RioLIVE trip to Leme Fortress yesterday was brilliant.  The Fortress is only a short walk from the school and overlooks Copacabana beach, so after classes we left the school and walked along the calçadão (promenade) up to the foot of the hill on which the fortress sits. The walk was not too tricky, and along the way we saw so many miniature monkeys in the trees.  We reached the top after about 20 minutes, and from there you get panoramic views of Copacabana, Pao de Acucar (Sugar Loaf Mountain) and the Atlantic Ocean.  This is really one of the best views in the whole city, so don’t leave without visiting Leme Fortress.

In a city full of mountains it’s quite easy to find places to enjoy the view and the cool breeze. We took our students on a walk up to Leme Fortress. It’s really worth going up there for the view. Also, we can find some monkeys along the cobbled path. They’re friendly and come close to you. At the end of the hike, you find the golden pot: a great view of Copacabana on one side and on the other the Sugarloaf Mountain. Come explore with us next time on our RioLIVE! Leme.

Check out our Facebook page for more Leme Fortress