I want to vs In order to in Portuguese 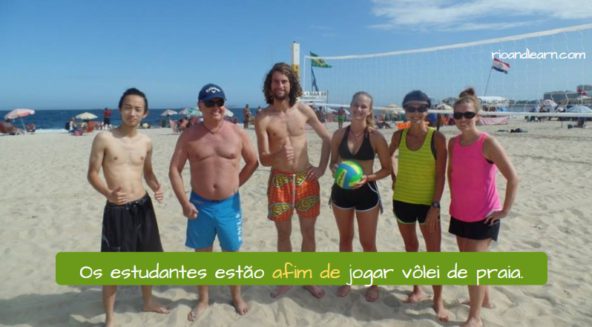 What’s up, guys from Dica, are you ok?
Well, in our Dica today, we are going to talk about usage of Afim de vs A fim de, I want to vs In order to in Portuguese.

So, I am going to explain: afim de, together, it’s the same of  feel like doing something, I want to do something .
I am going to give three examples and then I am going to replace Estar com vontade de for Afim de

I fell like having an ice cream.
I want to have some ice cream.

So, Afim together it’s the same as feel like doing something and A fim de separated, is a conjuction. A conjuction that is normally connected to a verb at the infitive form. Take a look:

Nós vamos viajar para o sul do Brasil a fim de visitar as cataratas de Foz do Iguaçu.
We are going to travel to the south part of Brazil to/in order to see the Iguaçu Falls.

So, that’s it, afim de together  is an idea of feel like doing something. A fim de, separated, is about an idea of conjuction.

So, guys, we have learned one more Portuguese rule, that we can use. And I hope you feel like travelling to Rio de Janeiro to study Portuguese. Ok?

So, big hug from Rio de Janeiro and see you next time.
Bye, bye to you all!