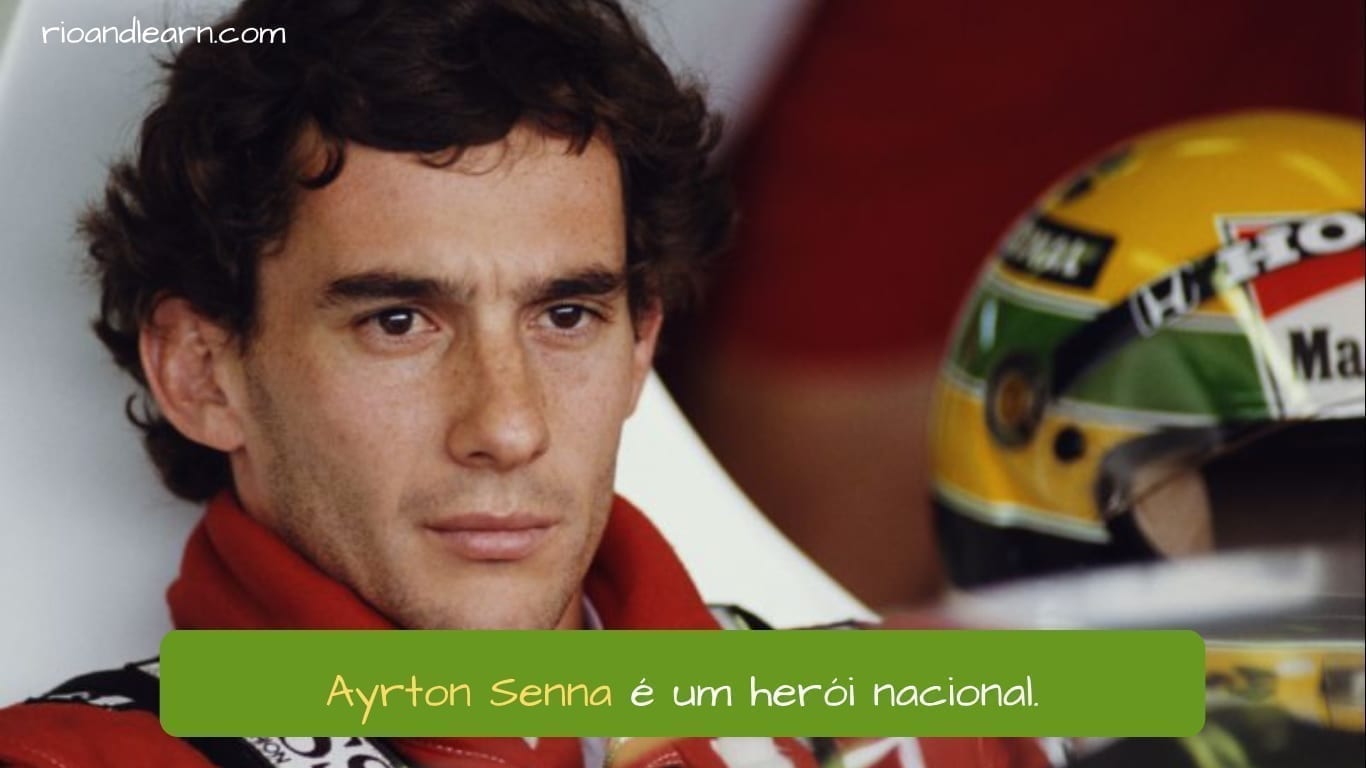 Oi, pessoal! Today we’re learning about the greatest racer Brazil has ever seen. Ayrton Senna driver was a Brazilian F1 driver, considered to be one of the best. He made a name for himself and it has become a reference in Brazil and throughout the world when talking about racing.

Ayrton Senna da Silva, born in São Paulo, was always keen on wheels, he loved his little jeep that his family had given him and never stopped driving the thing around his family’s farm.

He started racing as young as 13 years old, driving go-karts and competing all over the country, including in the South American Kart Championship, which he won, and the Karting World Championship as runner up in 1979 and 1980 finally moving to one-seaters, winning the RAC and Townsend-Thoreson Formula Ford 1600 Championships, then starting his career in Formula 1.
He first debuted in Toleman-Hart and began his great journey from there.

Debuting in 1984 for Toleman, Senna had a bumpy road and started slowly, but quickly rose through the ranks, becoming a legend and winning nonstop. His first race was at the 1984 Brazilian Grand Prix in Rio de Janeiro but his first win was not until the 1985 FIA Formula One World Championship in Estoril, Portugal. After that he won every single year except for 1994.  He raced for, in order: Toleman, Lotus, McLaren and finally Williams amassing great records that he still holds to this day.

Talking of records, here’s what they were for:

Senna tragically died in a crash during the 1994 San Marino Grand Prix at the age of 34.

It was a difficult day, starting with a crash right at the beginning between Finland’s J.J Lehto and Portuguese Pedro Lamy that had all the others racers troubled.

On Senna’s seventh lap, his Williams didn’t respond to his commands and he went straight for the Tamburello corner at 233 km/h (145 mph), after 2 minutes he was removed from the crash by the medical team and rushed by helicopter to Bologna’s Maggiore Hospital. He was reported dead at 18:40 that same day, but the official time of death is 14:17, exactly when he hit the wall and his brain stopped working.

A black cloud marked that weekend and it was considered a national tragedy, the Brazilian government declared a 3-day mourning and millions went to the streets to pay their respects to a true Brazilian hero. 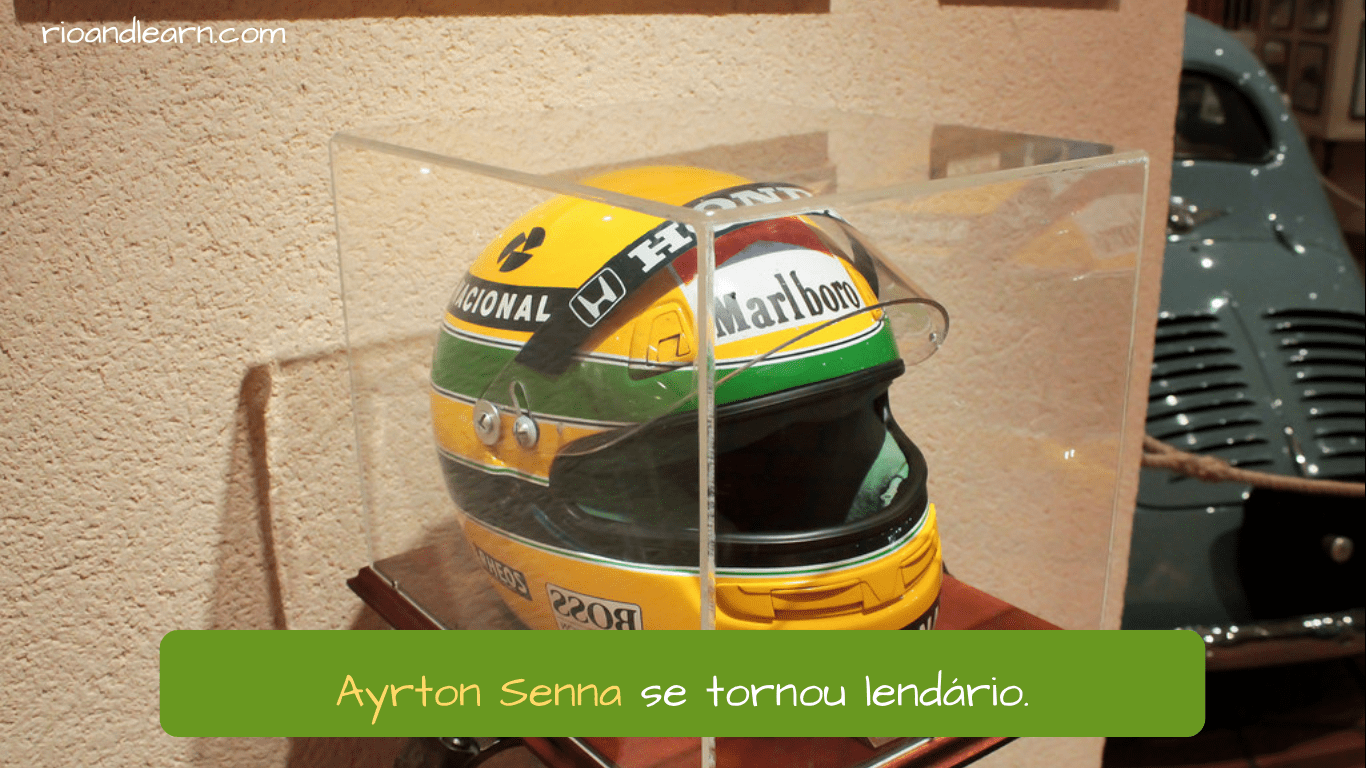 Senna’s name is legendary in Brazil, it’s the primary reference when talking about F1 or racing in general.

He spoke before his death about building with his sister a charitable organization, and Viviane Senna embraced it and started the Ayrton Senna Institute, which helps with the human development of young Brazilians and even have their own mascot; Senninha (Little Senna) to represent his role model figure to all children.

In July 1994, Brazil’s national football team won the 1994 World Cup and dedicated it to Senna by holding up a banner after defeating Italy in the final.

He inspire many songs, books, documentaries and homages around the world in all forms. His name echoes still today as a god among men. Ayrton Senna Driver will be forever remembered and as his tombstone inscription reads Nothing can separate me from the love of God.

And that’s it! Now you know who Ayrton Senna Driver is. Control the urge to cry knowing that he will be forever loved, not only by god but by all those who ever met him or simply heard about him.