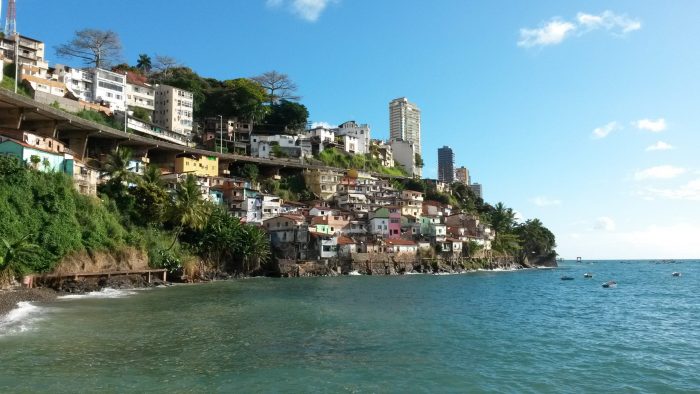 What do you know about Bahia’s Independence Day? Many people – travelers and even Brazilians – walk through the streets of Bahia, especially through the streets of Salvador, without a clue of what it took to get this beautiful city to where it is today. But the history of the Bahia Independence day is very important.  So for today’s Dica, we’re going back to the roots of this importante date!

The beginning of the Bahia Independence Day

July 2 is a public holiday in the state, a date on which the Independence of Bahia is celebrated, a history marked by lots of fights and the bravery of many people. Bahia is one of the 26 states of Brazil and it’s a very important place to our culture! So let’s see how it started and how Bahia became independent from the Portuguese!

Well, Bahia’s independence was declared on July 2, 1823, however the battles that made the conquest possible began well before that date. People were mad at the Portuguese and it all started right after the Brazilian Independence.

The roots of the Bahia Independence Day

The Brazilian Independence, made by Dom Pedro I, on September 7, 1822, should have been the definitive mark of the expulsion of the Portuguese from Brazil (like I said, Brazilians were mad!), however, the troops still loyal to the Portuguese government started a series of conflicts against the local governments. They didn’t want to leave. Well, I wouldn’t go either (lol but this is my country 😉 )

Thus, in the year 1821, the arrival of news of the Porto Revolution gave hope to the inhabitants of Salvador, so the groups that wanted the end of colonization saw in this revolution an important step for Brazil to achieve its independence. Oh, yeah, they wanted freedom!

Although the Brazilian Independence was characterized by the peaceful political separation between Portugal and Brazil, (even though many don’t believe in it) in Bahia such a process would be characterized by intense and brutal fights. And, of course, a lot of blood!

Due to its strong economic influence (mostly because of the sugar production), many traders believed in the full return of the Portuguese political presence in Brazil. In this way, with the intensification of the independence processes, even though the Portuguese were still defending the reaffirmation of colonial ties, Bahia enters into war, being victorious only on July 2, 1823, when it definitively expelled the Portuguese. Yeah, we did it!

The celebration of Bahia’s Independence

The war against Portuguese troops lasted for over 17 months. So, from now on, this date represents the beginning of the definitive Brazilian Independence, and, since then, they established the tradition of commemorating it annually!

So, every July 2, the procession dates back to the army’s passage through the streets, following the same route they would have taken when arriving in the city. There they put the national anthem, raise the flag and they even set off fireworks! When they arrive at the Church of Nossa Senhora Rosário dos Pretos, there is a beautiful tribute for the dead and for the heroes of independence.

That’s it, folks. Knowing a bit of history is always great, right? The first capital of Brazil tells us a lot about the formation of our own country!

Maybe you don’t know that much about Bahia, but how about studying next to Copacabana beach? Sounds perfect, right?

Maybe study Portuguese will help you understand our history too. See you in our next Dica! Also, don’t forget to like us on Facebook!