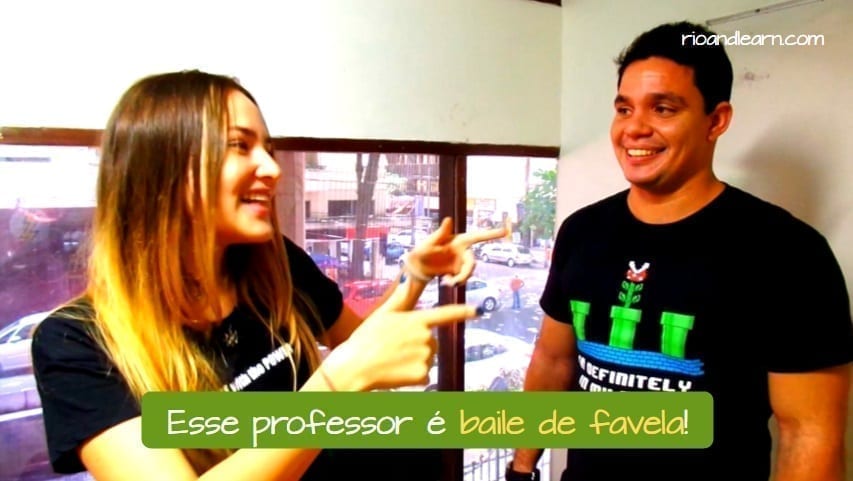 What is Baile de Favela?

Every Brazilian summer hit leaves its mark – some like Ai Se Eu Te Pego even achieve worldwide success. For that reason, pretty much everybody that has ever listened to Brazilian funk would surely recognize the iconic song Baile de Favela. But what exactly is a baile de favela? Do you know what the Baile de Favela lyrics mean in English? What does it mean when it’s used as an expression? Let’s find out!

Baile de favela — also often called baile funk — refers to a dance party held in a slum (favela). The type of music usually played at that sort of party is funk, which is a big part of the culture in big cities in Brazil, such as Rio de Janeiro and São Paulo. At a baile de favela you can find lots of people partying hard, drinking, twerking and dancing passinho.

Now if you think it’s impossible to experience a baile de favela without actually being in a favela, think again. In Rio, for example, the Baile da Gaiola was held just outside a slum. And in other countries with big Brazilian communities, bailes funk are special events organized every few months that often feature touring MCs, DJs and artists from Brazil.

Ever wondered who’s behind this hit? Wonder no more: the track is sung by MC João and produced by R7 – who’s mentioned in the song. And if you’re still not familiar with it, here’s your chance to check it out. Bear in mind the lyrics are very explicit!

Thanks to that song, an expression was born. It is used to say that something is really good. Take a look at this video from Maria, one of our students here at Rio & Learn:

What else is Baile de Favela for you guys?
See you on our next Dica!