Basilica of the National Shrine of Our Lady of Aparecida 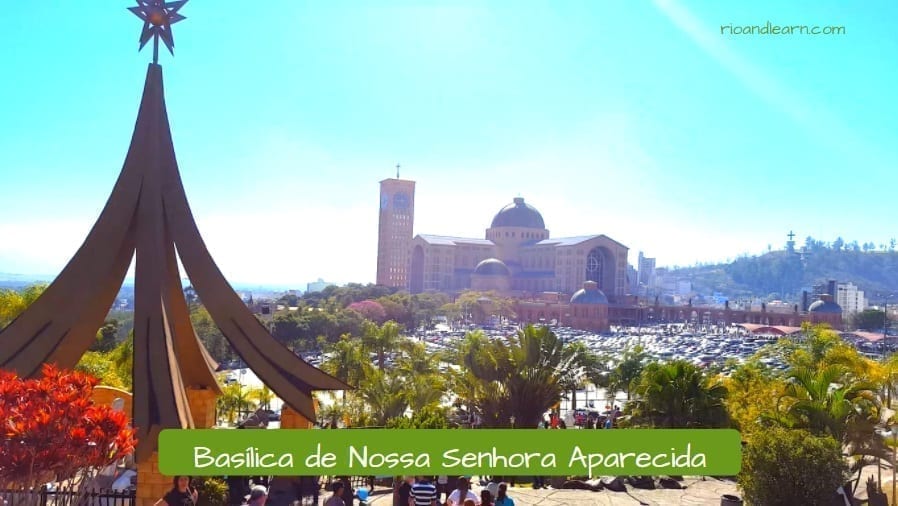 Hello, everyone!
It’s a beautiful day in São Paulo and we came all the way here to talk to you about the history of the Basilica of the National Shrine of Our Lady of Aparecida and give you some interesting facts related to the October 12 Brazilian holiday.

Three centuries ago on October 12

It all started in the town of Guaratinguetá, with three fishermen who were responsible for providing fish for a banquet thrown in honor of the Governor of the Province of São Paulo and Minas Gerais. On the morning of October 12, 1717, the three fishermen were not very lucky fulfilling their task. They had been fishing for several hours but hadn’t caught a single fish. They were praying for a change but kept finding their nets empty. By the time they were almost giving up, one of them decided to try it one more time, and when he did, he noticed he caught something, but it wasn’t fish, it looked like a piece of wood. When they pulled it out of the net, they saw that it was a statue of the Our Lady, but it had no head.
The fisherman tried yet another time, and when he pulled out the net, he found another piece of wood, that fitted perfectly in the place of the missing head. The net was cast for the third time and when he pulled it out of the river, it was filled with fish. and as his friends did the same they found themselves submerged by a large number of fish.

The fishermen restored the statue and placed it in one of their humble residences. The news about the miracle spread and every day more and more people came to worship the Virgin and pray for Her. They named Her “Nossa Senhora da Conceição Aparecida”. As the crowd grew and there was no place in the cabin, a small church was built, to house the image and accommodate all the visitors. Soon, the witnesses began to tell about the many graces received from the Virgin and the many wonders that happened in that place.

Our Lady of Aparecida Church in Brazil

Brazilian religious customs regarding Our Lady of Aparecida

Tomorrow, October 12th is one of the days with the highest number of visitors in the church as it is a holiday in honor of Our Lady. People come to this church to make wishes and to fulfill their promises. Some of them walk on their knees from the old to the new church. It’s one of the ways to say thanks for having their wishes made true.

You’ll see lots of ribbons tied along the way that connects the two churches. It’s very common to tie a ribbon along the way and make a wish to Our Lady. Once your wish comes true, the ribbon will break. Another common thing to do is lighting a candle. There is a special room inside the church in which you light your candle. It’s another way to say thanks for something that happened to you.

Even if you are not religious, The Basilica of The National Shrine of Our Lady Aparecida in Brazil is a beautiful place to visit admired the architecture, and appreciate this huge part of Brazilian culture.

That’s it, guys. We hope you have enjoyed it.