Beach and Beer at Urca 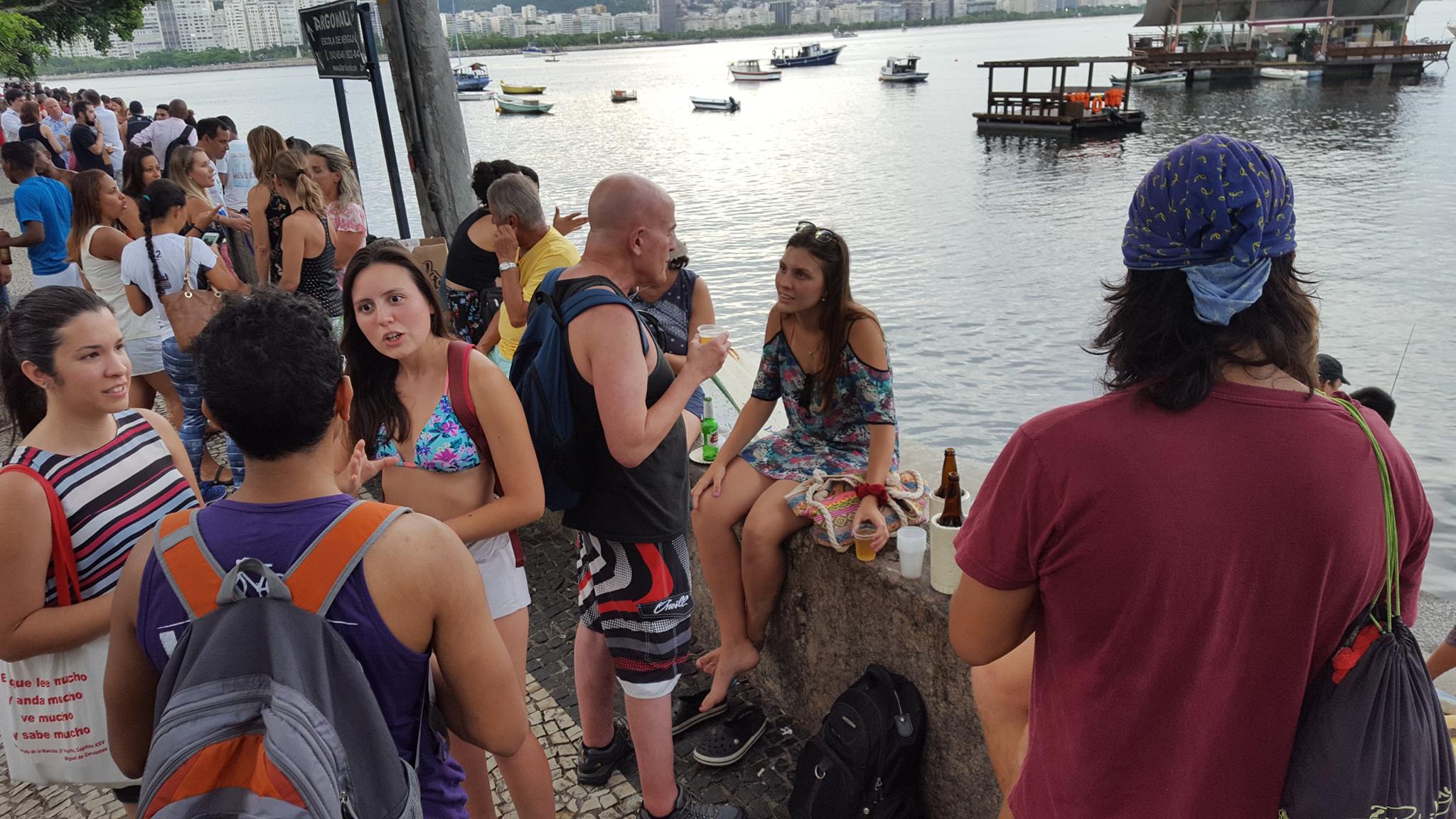 A lovely afternoon in Urca started with a stop at the famously beautiful Praia Vermelha, where a
small fine sand beach is enclosed by surrounding hills Pão de Açúcar and Duque de Caxias.
This beach is unique in that the surrounding hills provide stunning views, and protection from
wind and rough waters– making it perfect for a lazy afternoon swim.

After a swim the group took a stroll through the surrounding quiet neighborhood of Urca and
along the Quadrado da Urca stopping to find seashells at Praia da Urca before arriving at
Mureta da Urca for a taste of the famous Bolinhos de Bacalhau and a few cold beers, at
Brazilian Restaurant.

For most gringos, Urca is where Pão de Açúcar is. The truth is that there is much more to be found there. Our students spent the afternoon enjoying the beach and beer at Urca. We started at the beautiful Praia Vermelha, we took a walk through this lovely and peaceful neighborhoods (and it seems one of our students is interested in buying a house there) and finished our RioLIVE! drinking a cold beer at the famous Urca wall.

Wanna enjoy the beach and beer at Urca with us? Take a look at our Facebook page!