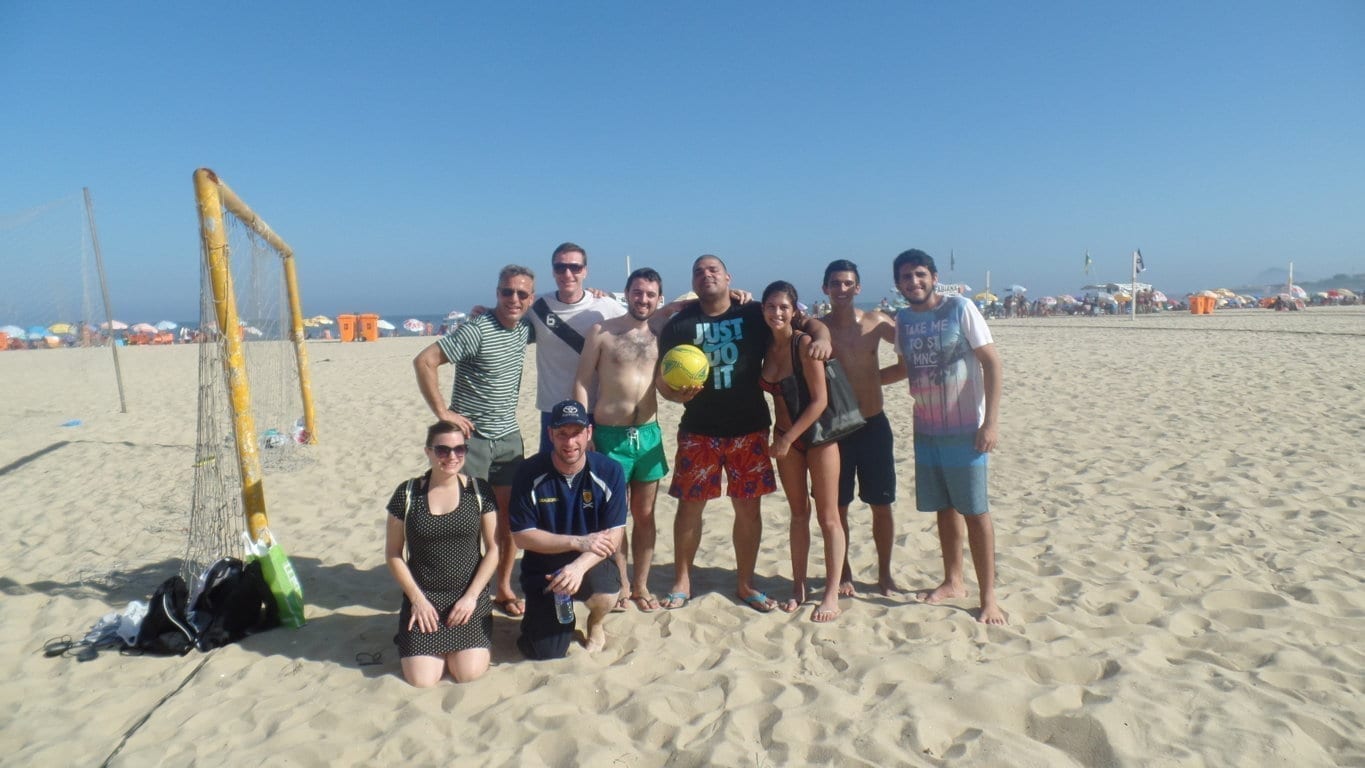 Beach Soccer and practicing Portuguese, that’s what we combined in our RioLIVE! Activity at this time. Our Portuguese students had the opportunity to play some beach soccer at Copacabana beach. It was a hot, sunny and beautiful day, the perfect scenario to do our activity outside and enjoy the weather.

Our students from, France, Costa Rica, Russia, Canada, Scotland, Germany and Italy had a great time playing beach soccer in many challenging, funny and exciting matches. They even had the support of our cheerleaders/students Beatriz from Colombia and Friederike from Germany. Even with the hot weather, our students took a long time to get tired, and when they did, they took a nice dive in the sea to refresh and rest a little bit. We were on the sand talking a lot about football and our students were telling their favorite Brazilian and national players, in Portuguese of course.

After resting a little bit, we were once again ready to play other matches, but this time was better because a Brazilian and two German guys joined us to play. It was a great afternoon in Copacabana combining Beach Soccer and Portuguese. If you want to study Portuguese, have fun and enjoy the things that Rio de Janeiro can offer, come to Rio & Learn and take part in our RioLIVE! Activities. 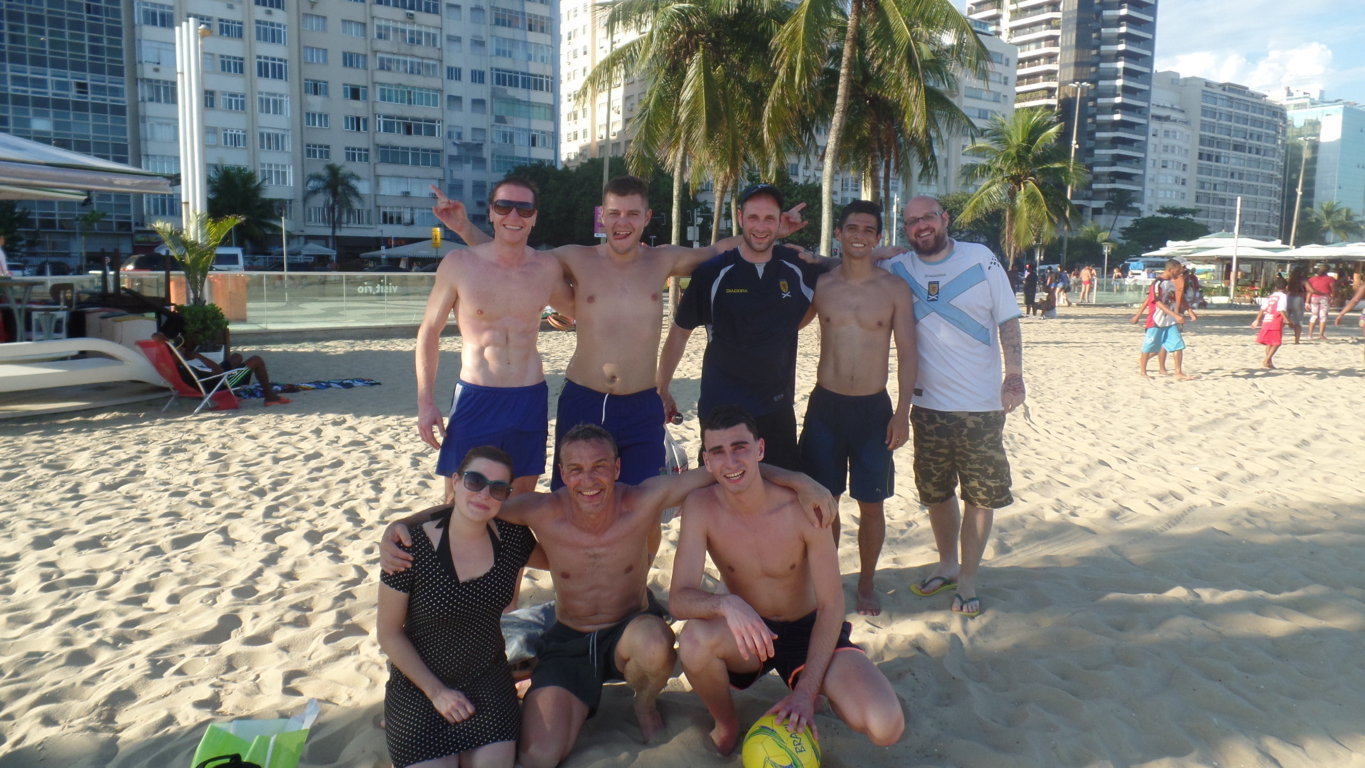 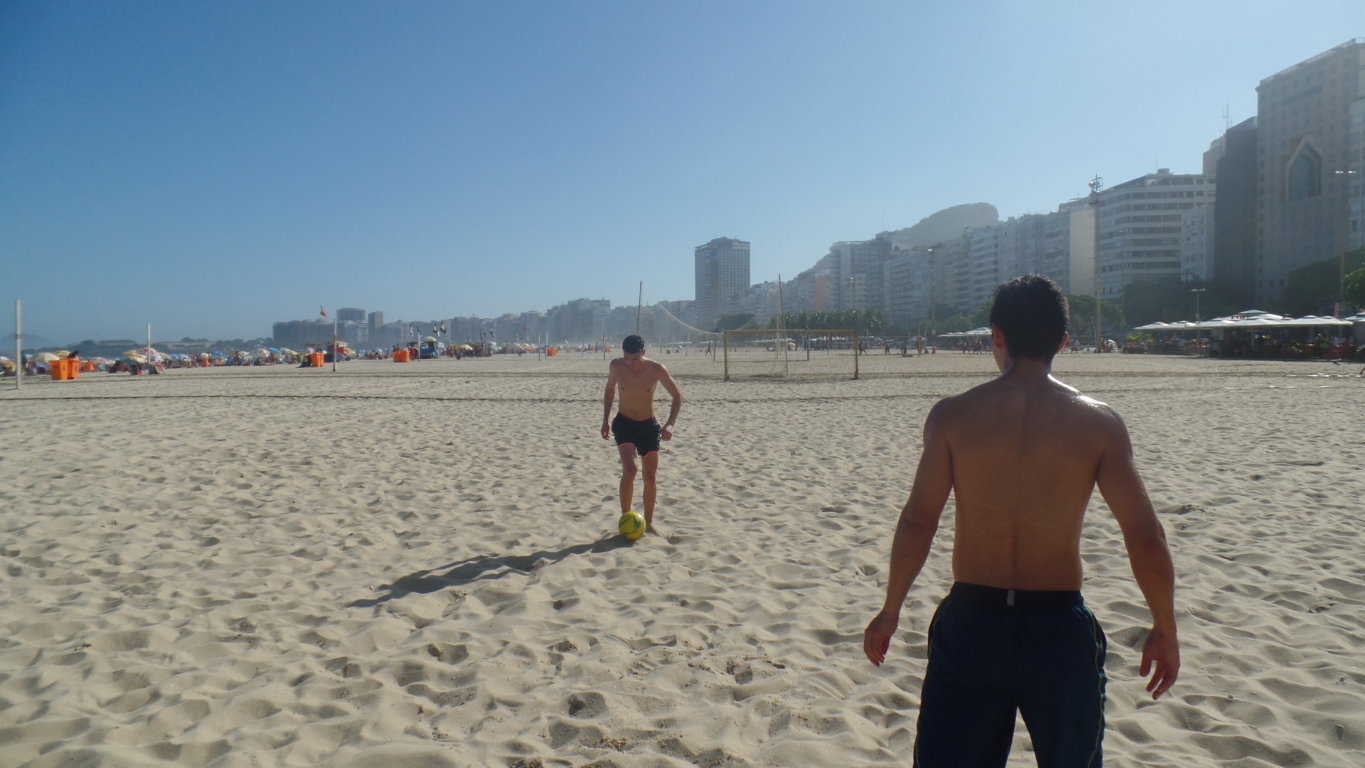 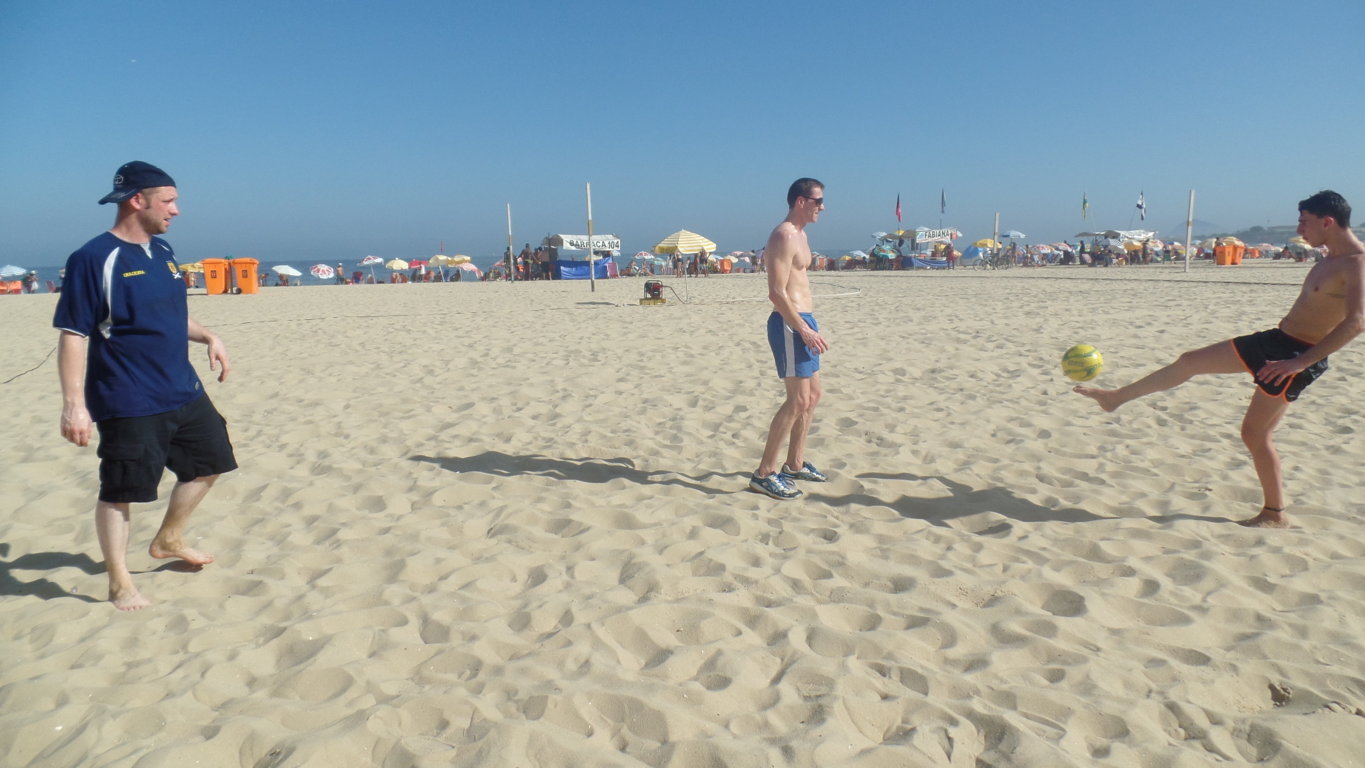 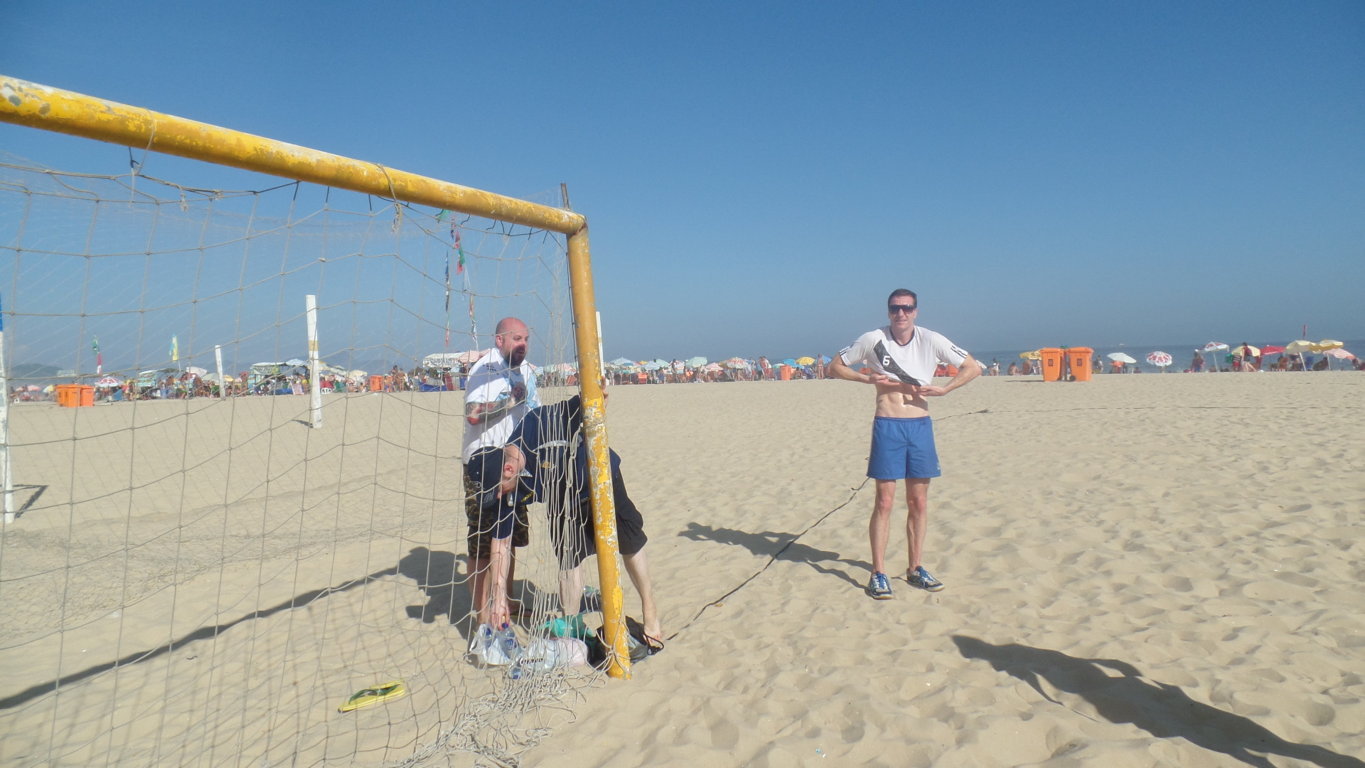 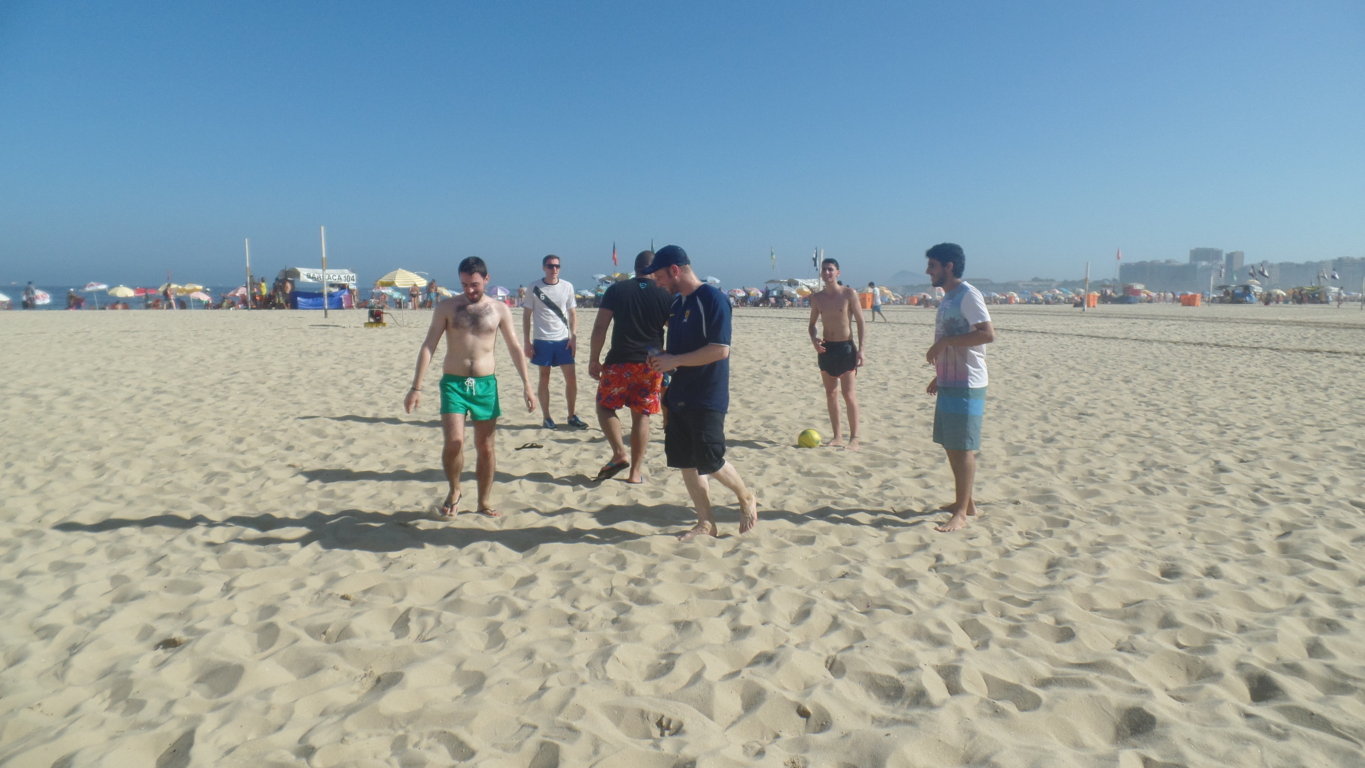 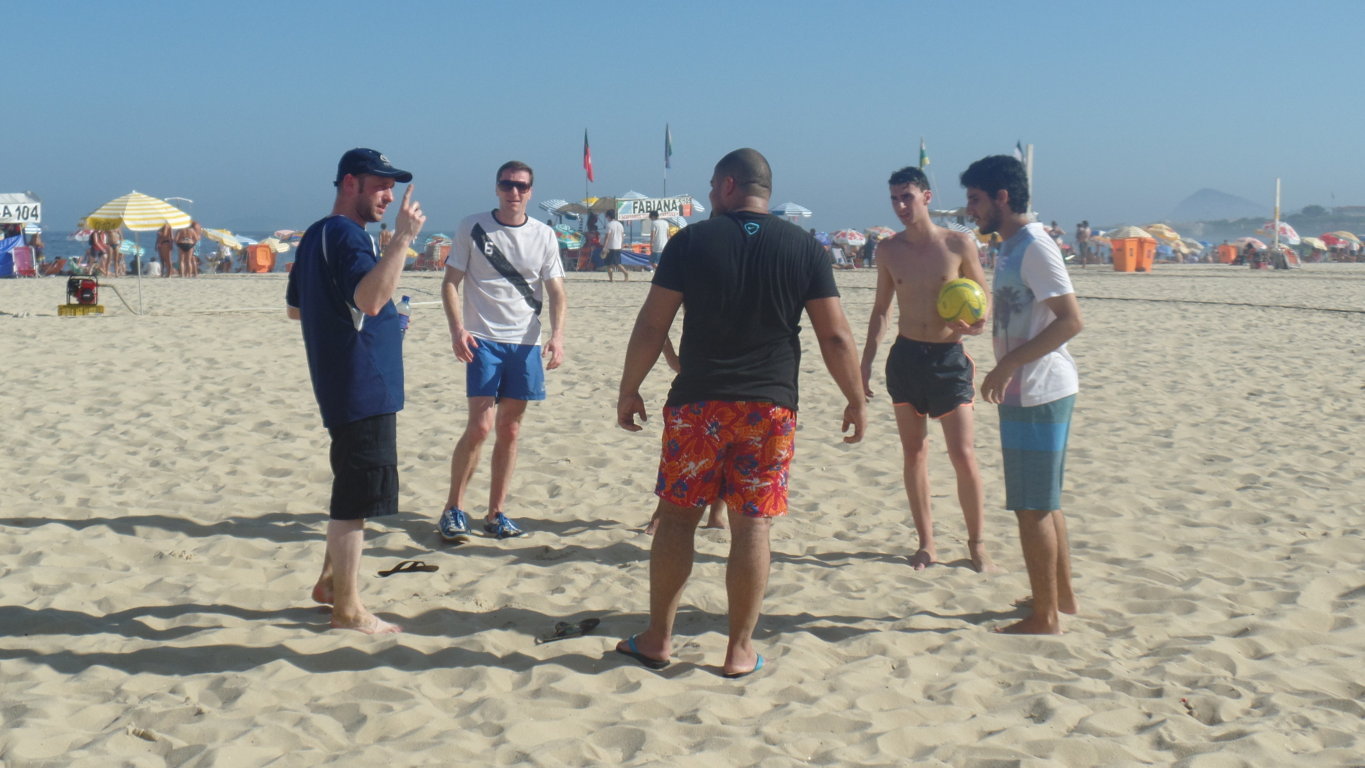 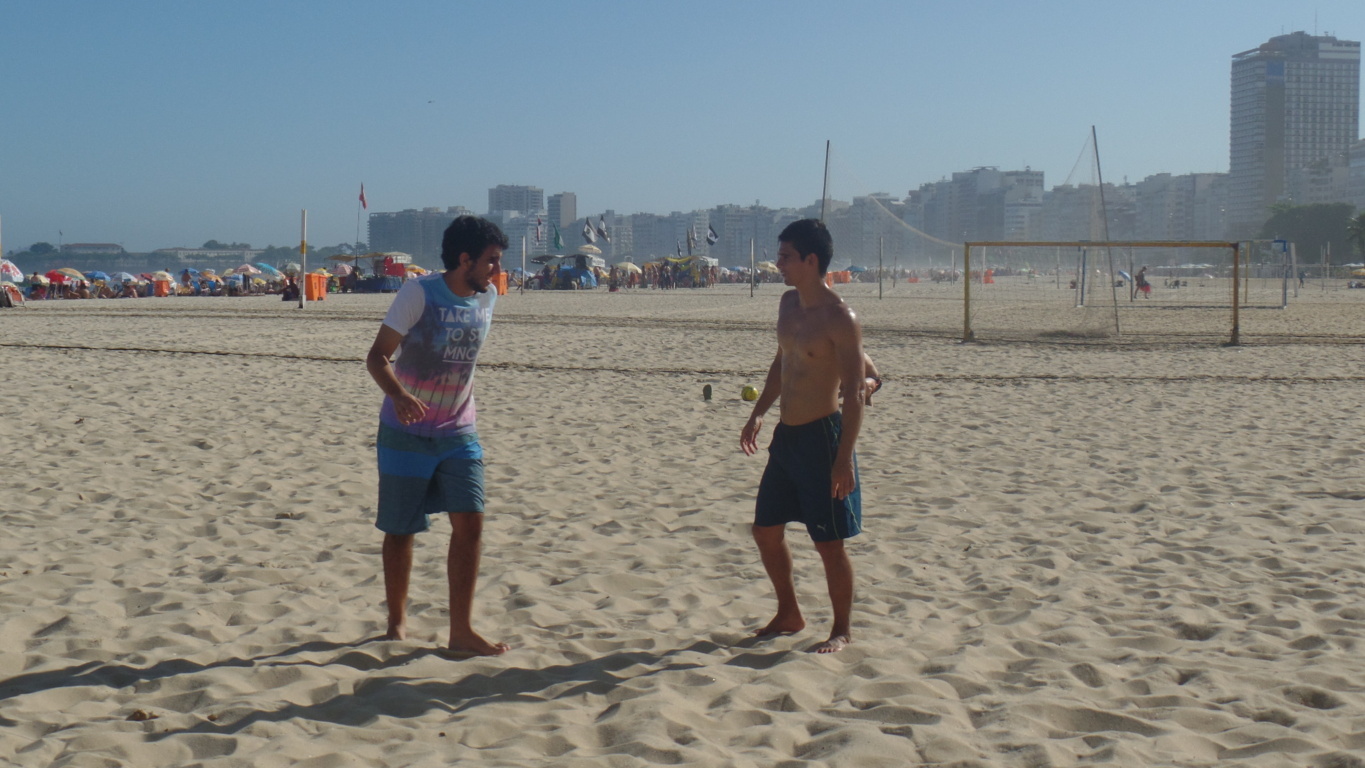 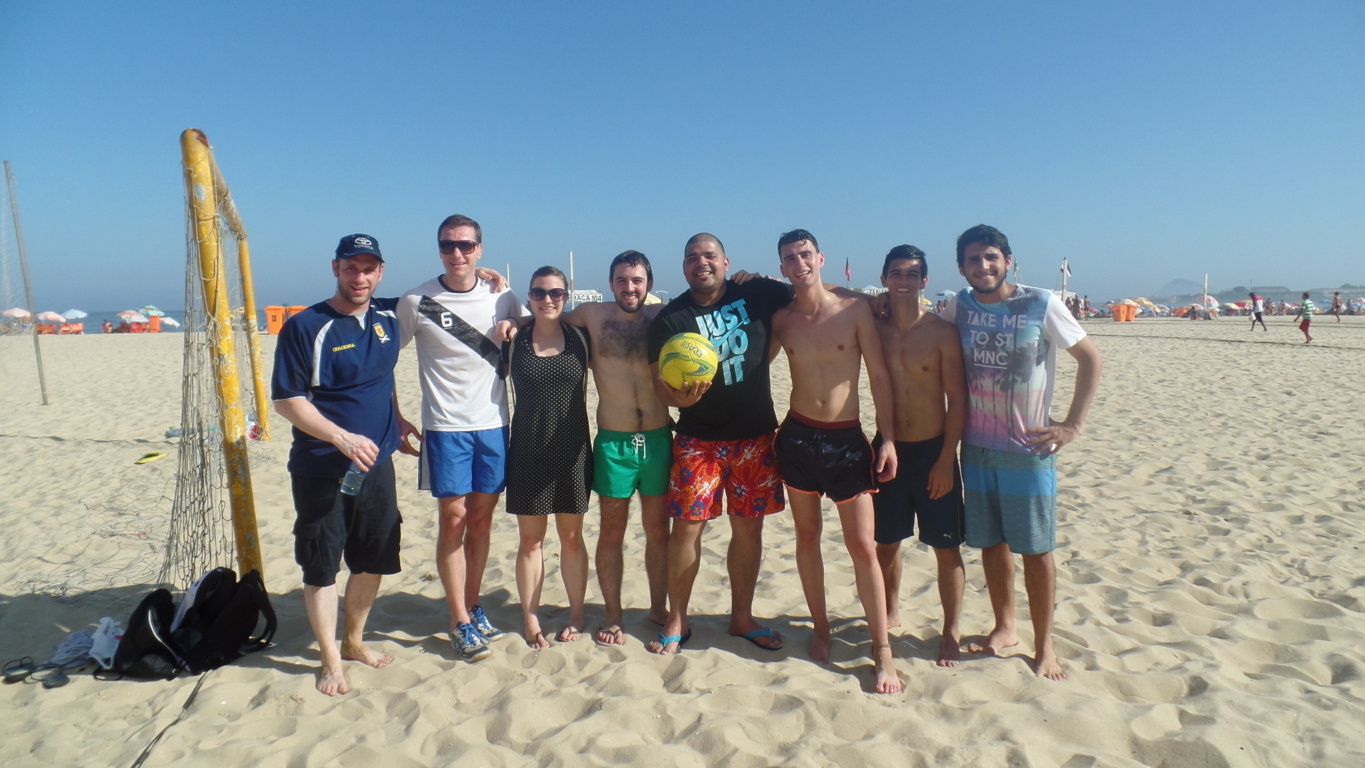 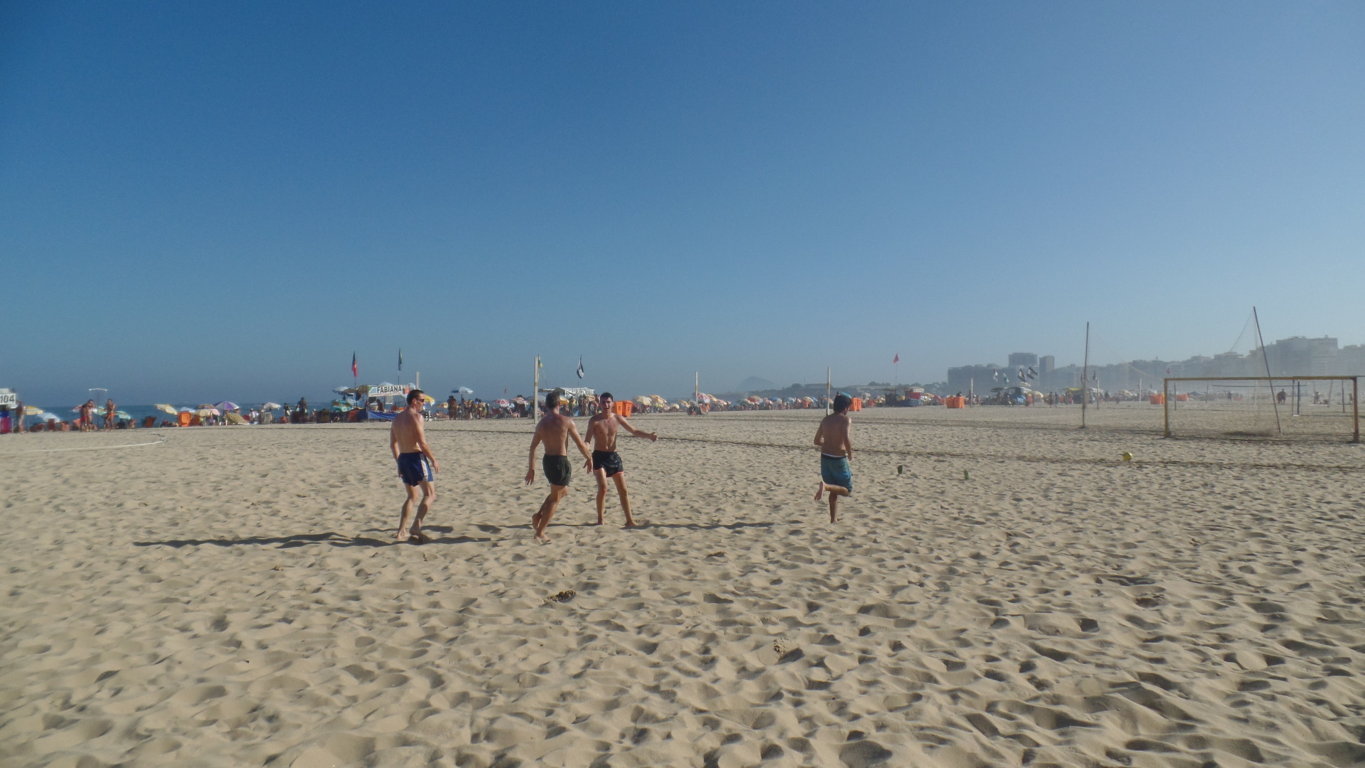 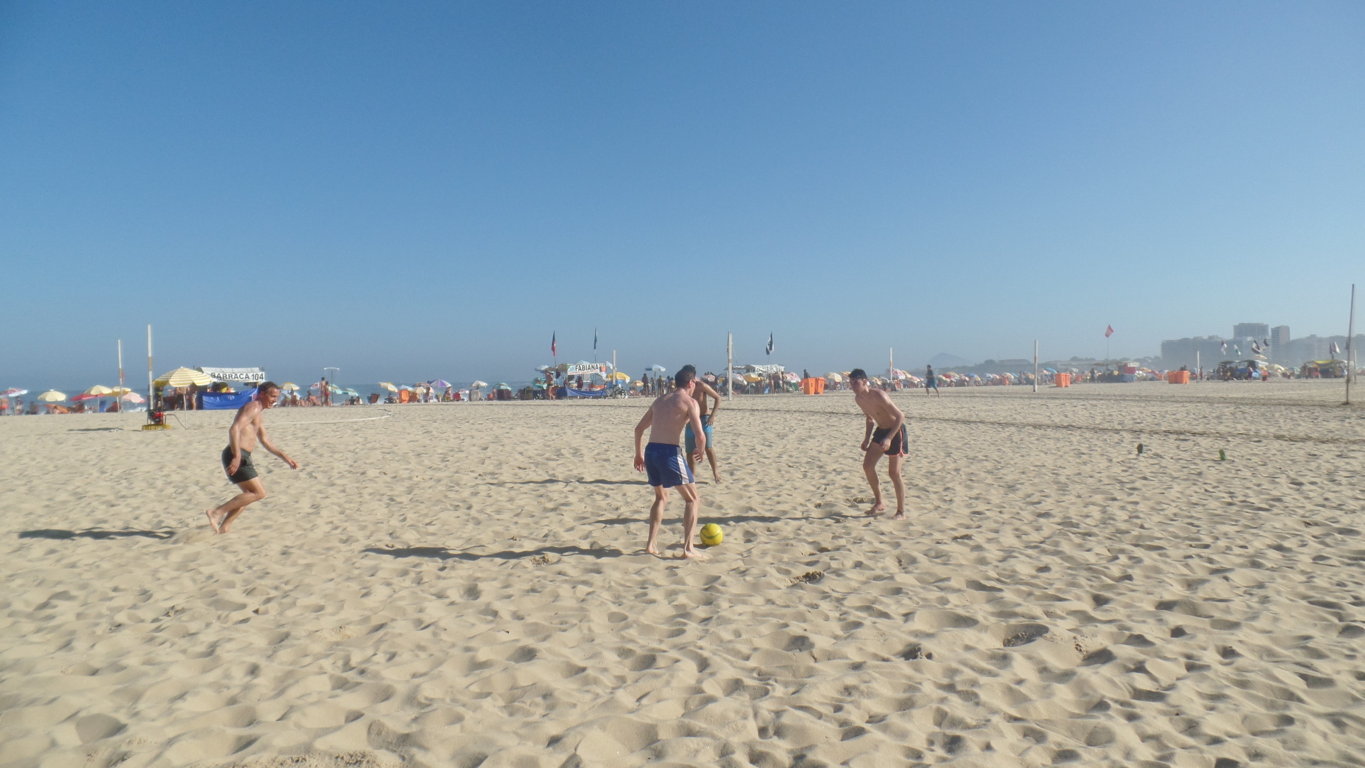 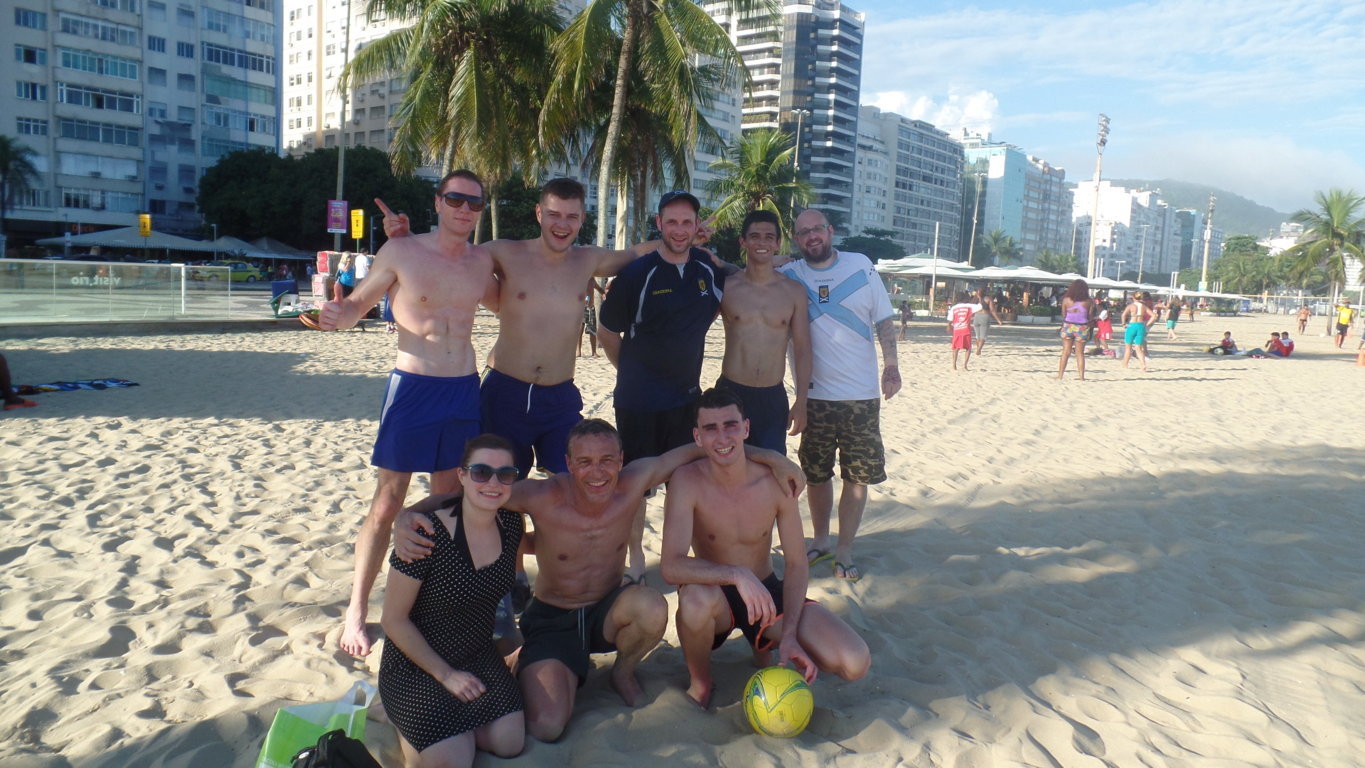 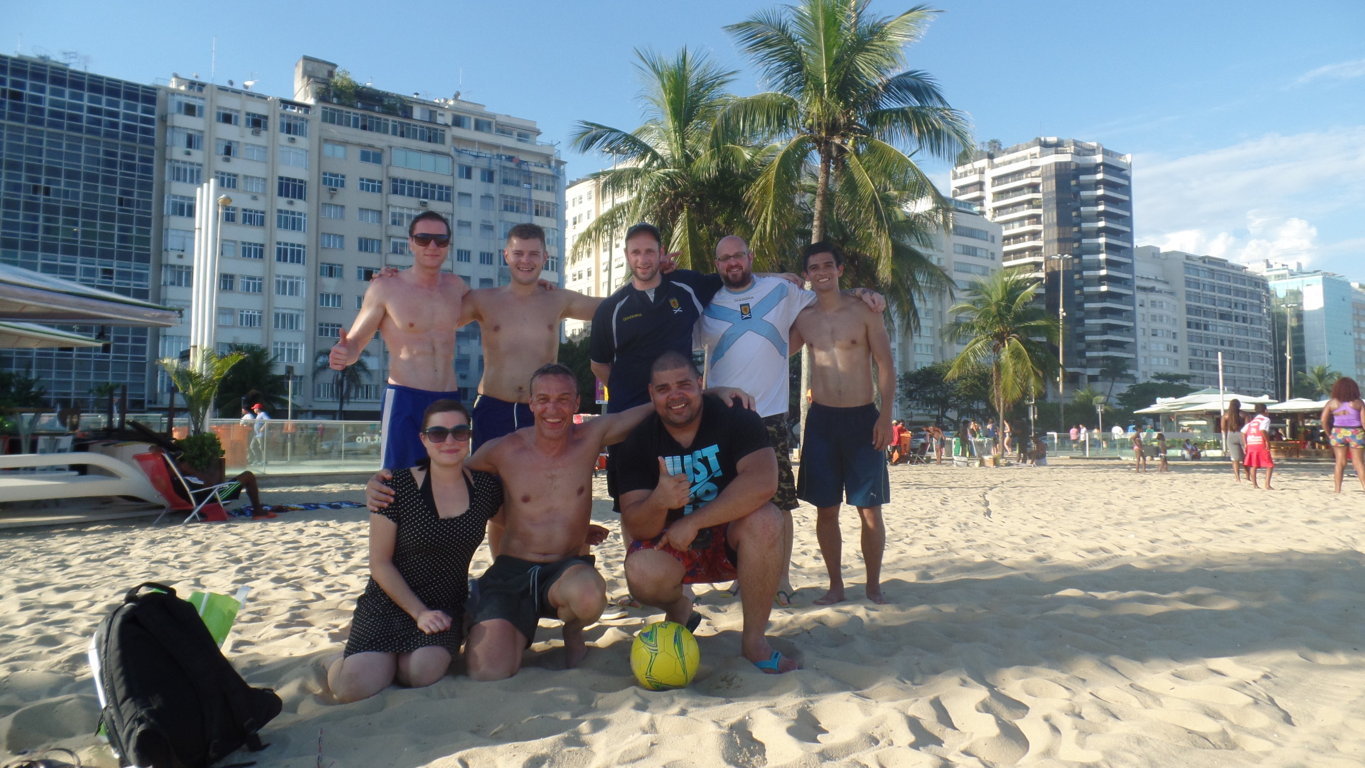