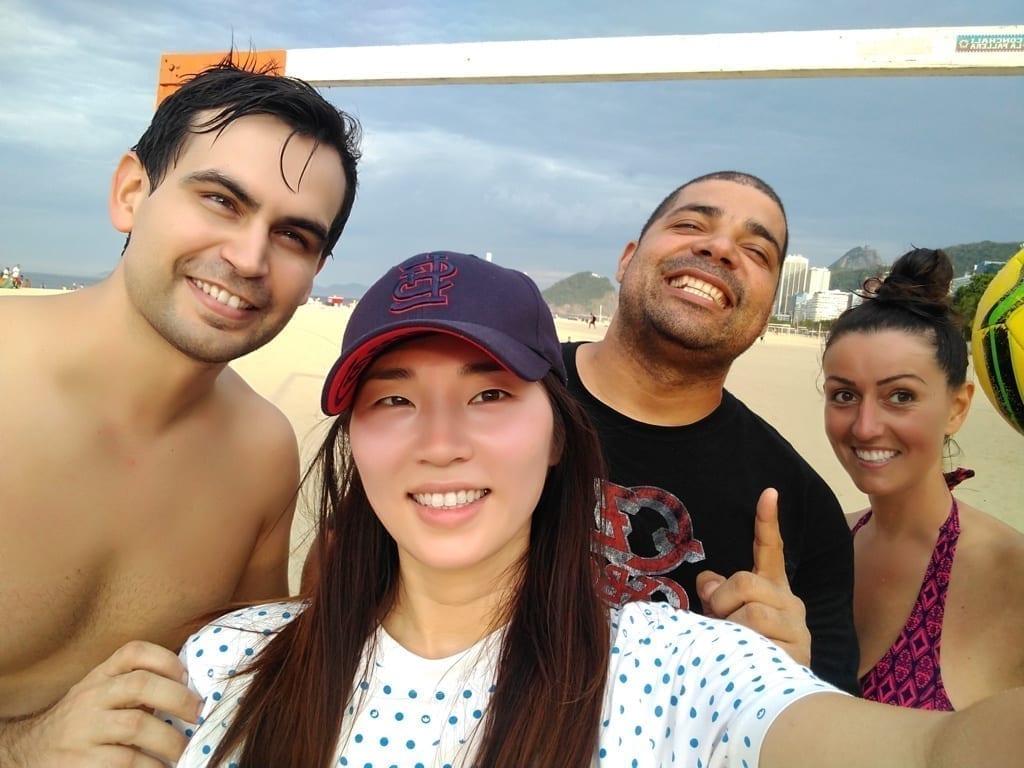 Besides being famous for its traditional football/soccer. Brazil has also its beach soccer stars, professional and gringo ones. That’s exactly what you have read, our Portuguese students proved that they are real beach soccer stars. They spent the day playing beach soccer at Copacabana beach.

For some of them, it was the first time, so we explained the rules (in Portuguese of course) and taught some basic movements. Some minutes later, they were already running, passing and kicking the ball all over the beach. After good matches and a lot of scored goals, they said that they weren’t professional players yet but they were already beach soccer stars.

See more of this RioLIVE! on our Facebook page and join us next time! 🙂

See on the links below how RioLIVE! Futebol match are: