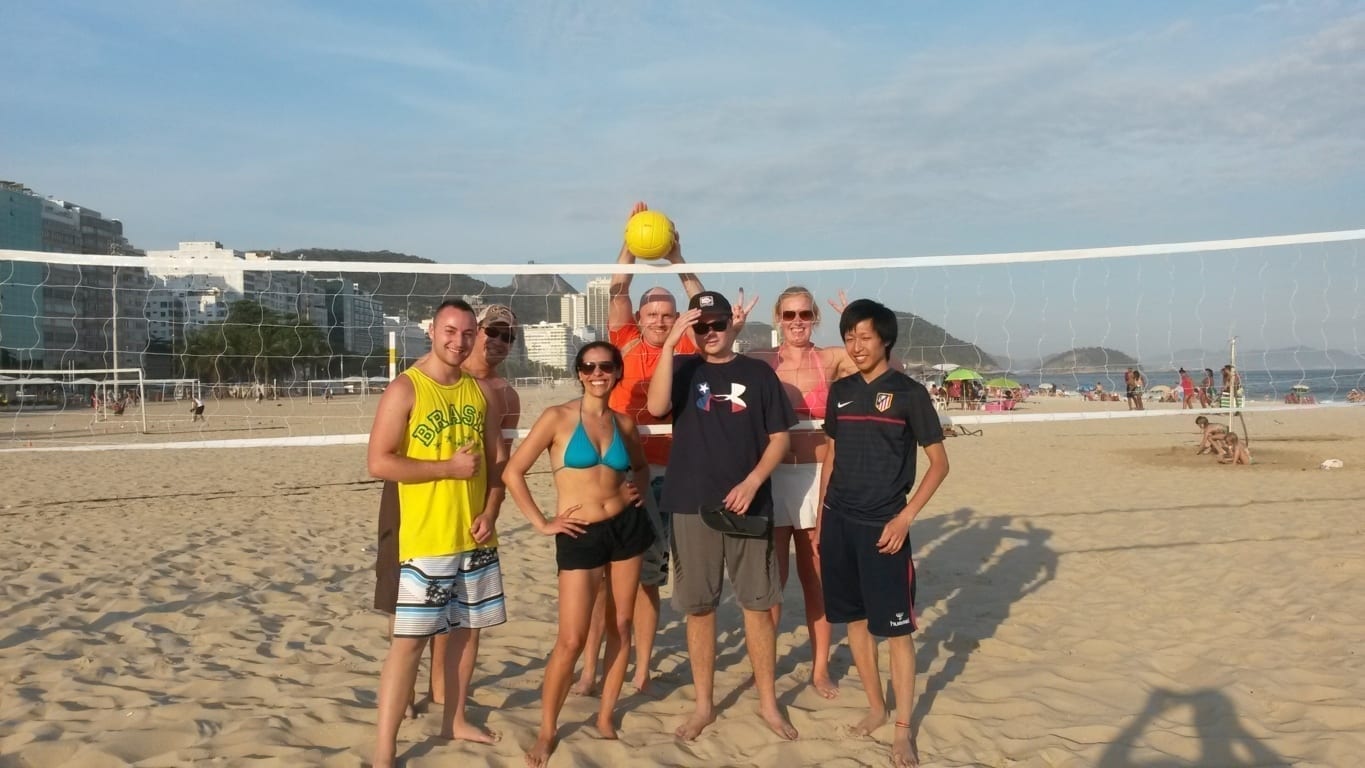 Well yesterday was my second time playing beach volleyball but my first time playing it in RIO DE JANEIRO, BRASSSSSSSSSIL!
Alot of fun was had by those who joined in, we even picket up a couple of the local kids who wished to join in our fun and some tourists from Denmark making their way around the country.
Looking forward to doing it again.
Quentin Glabus, Canada

We enjoyed a nice beach volley afternoon at Copacabana. Almost at 17 hours we had our volleyball net ready for our great beach volley match. In one side we had Sebastian, Maria and Albert from USA and Catalonia and in the other side we had Quentin, Ramon and Daiki from Canada, Switzerland and Japan.
We played two sets that finished with 1-1, one set for each team, for the next game two Brazilian kids joined to the teams so we could practice Portuguese with kids that is a good challenge as they don’t talk as clear as a teacher.
Later, a Danish couple arrived and they played with us too. Everybody was enjoying this match that nobody remember who won. Some students lasted playing almost until night, but others prefered to take rest and talk Portuguese together.

See some other pics: 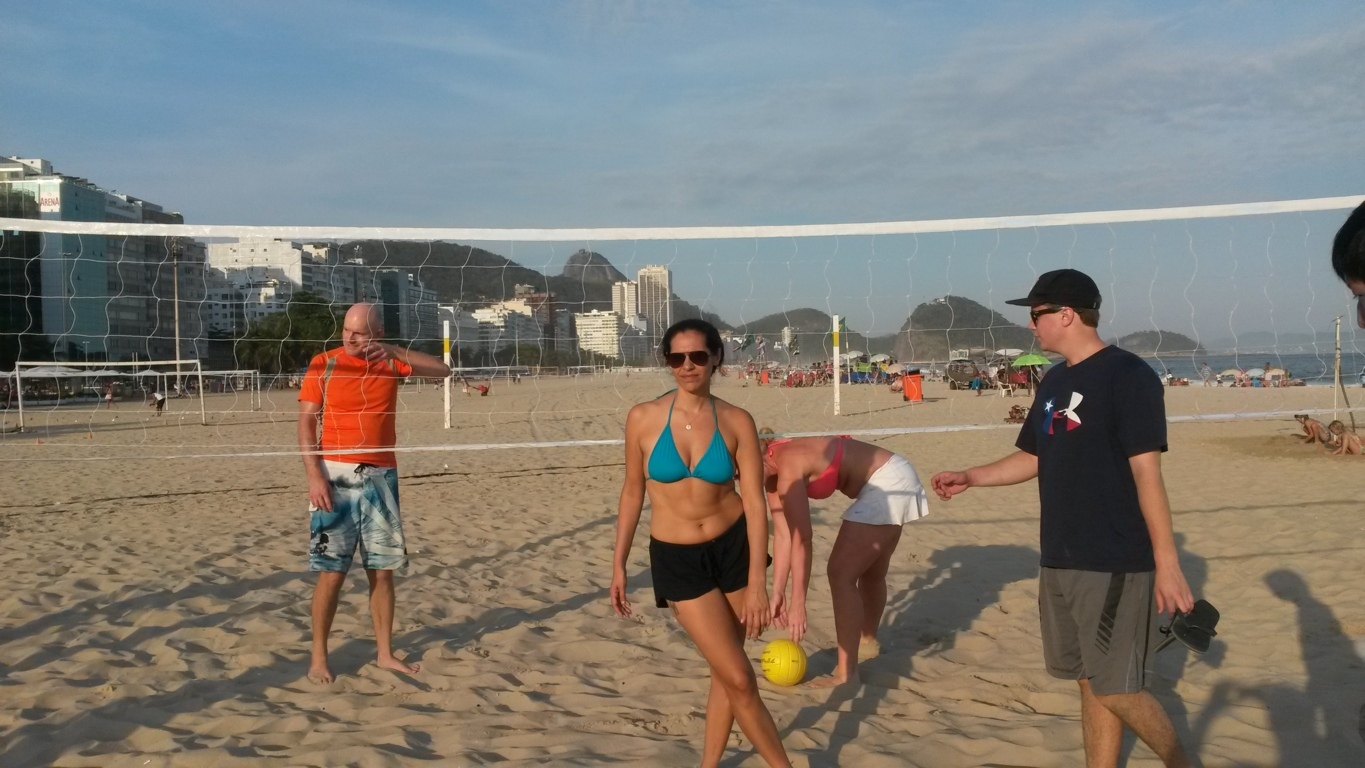 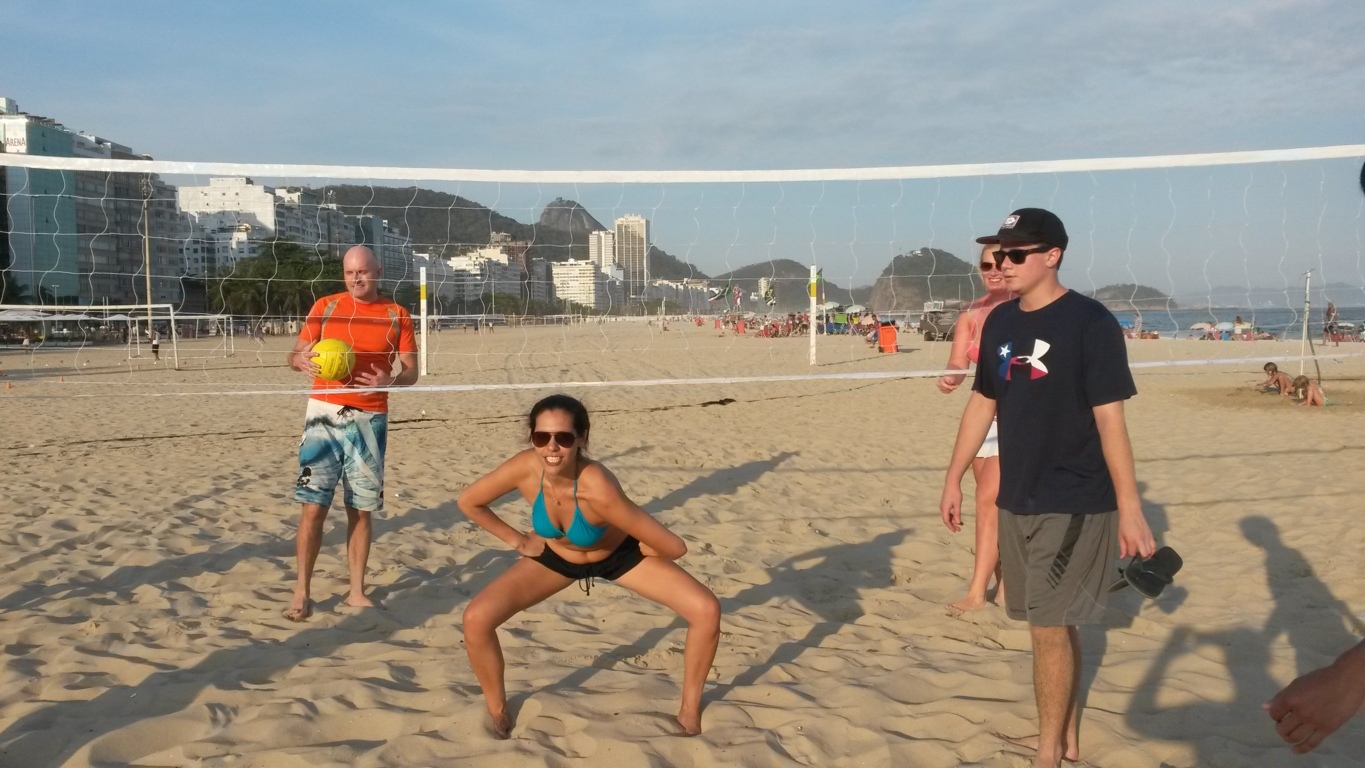 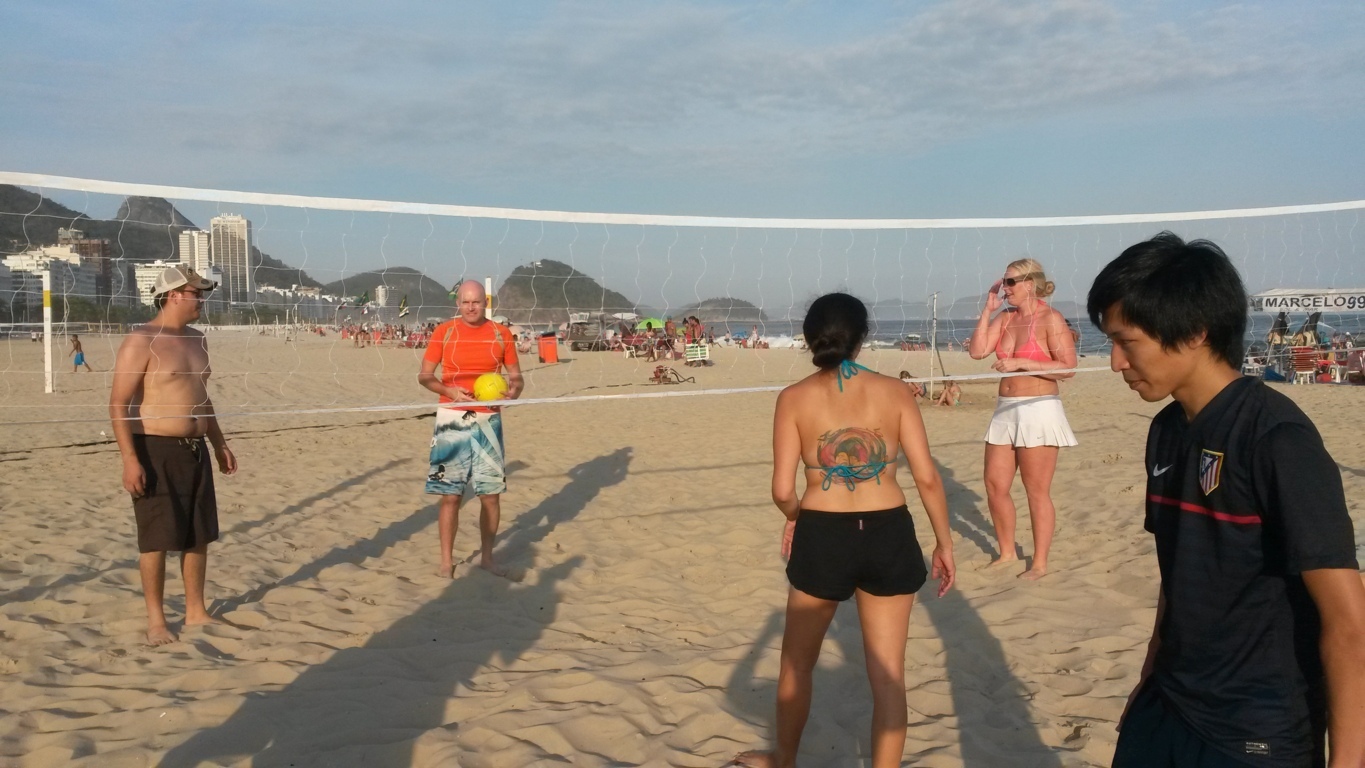