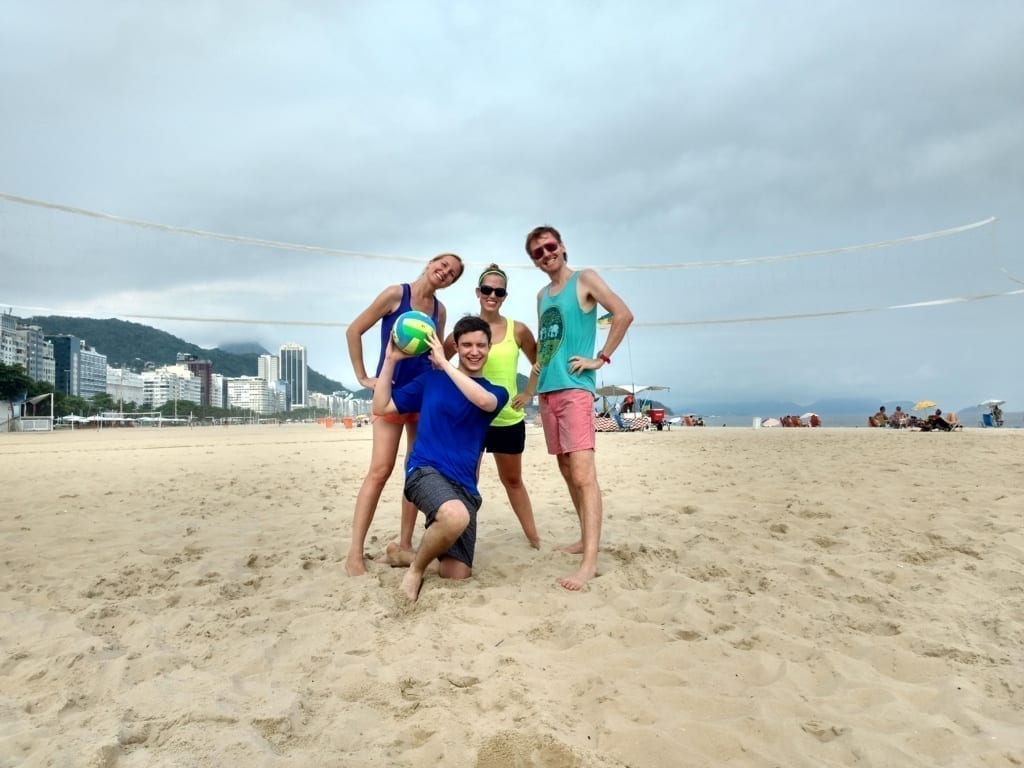 Beach Volley and Portuguese, that’s what we had in our last RioLIVE! Activity. Copacabana Beach is famous all over the world because of the people who go there to tan, swim or just take a walk, but besides those activities, people can also practice a lot of sports there. Beach Volley is one of them, but nothing better than combining beach volley and Portuguese.

We started our RioLIVE! doing a quick warm up on the beach, our students from Germany, United States and Ireland could show some of their skills passing the ball to each other. After finishing our warm up, we started playing and enjoying this activity, it was so good that even a Brazilian girl started playing with us and shared the fun. With each play, they were celebrating and joking with each other, the best thing was that they were doing in Portuguese, of course. The perfect combination of beach volley and Portuguese. 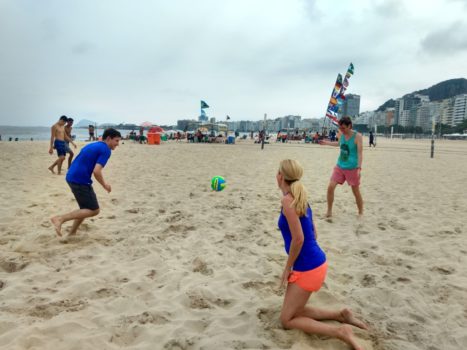 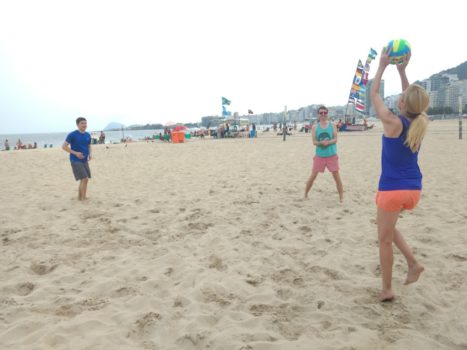 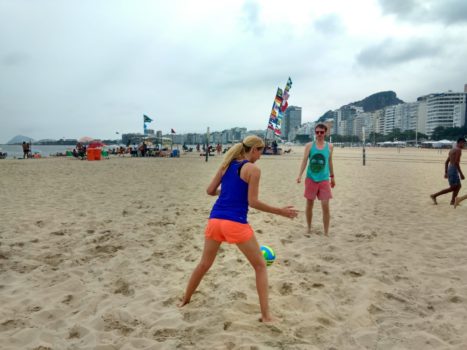 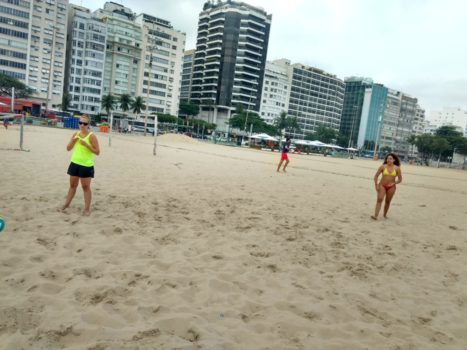 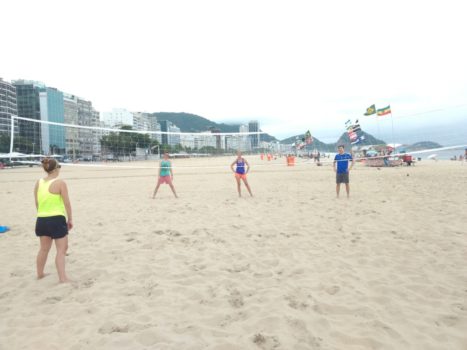 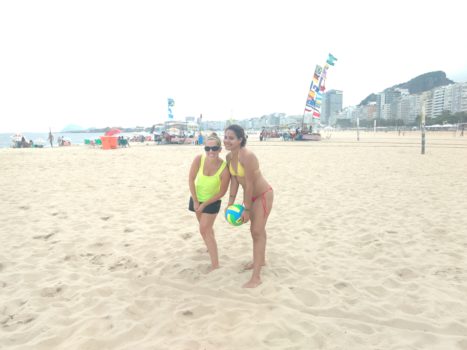 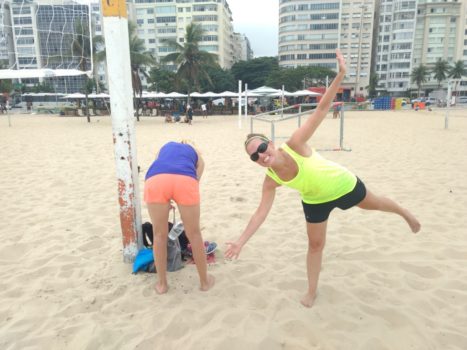 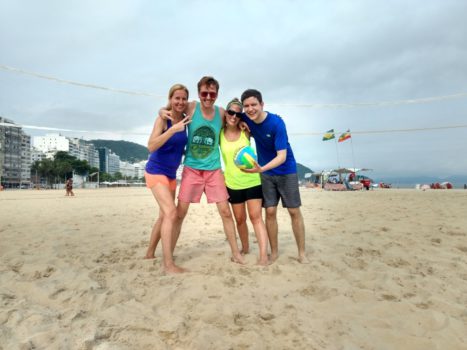 In the end, they were really happy with one more RioLIVE! that took part in and can’t wait for the others to come. What about you? Come to Rio & Learn, study Portuguese and enjoy the best things in Rio taking part in our RioLIVE! Activities.

Check how were our last Beach Volley RioLIVE!: