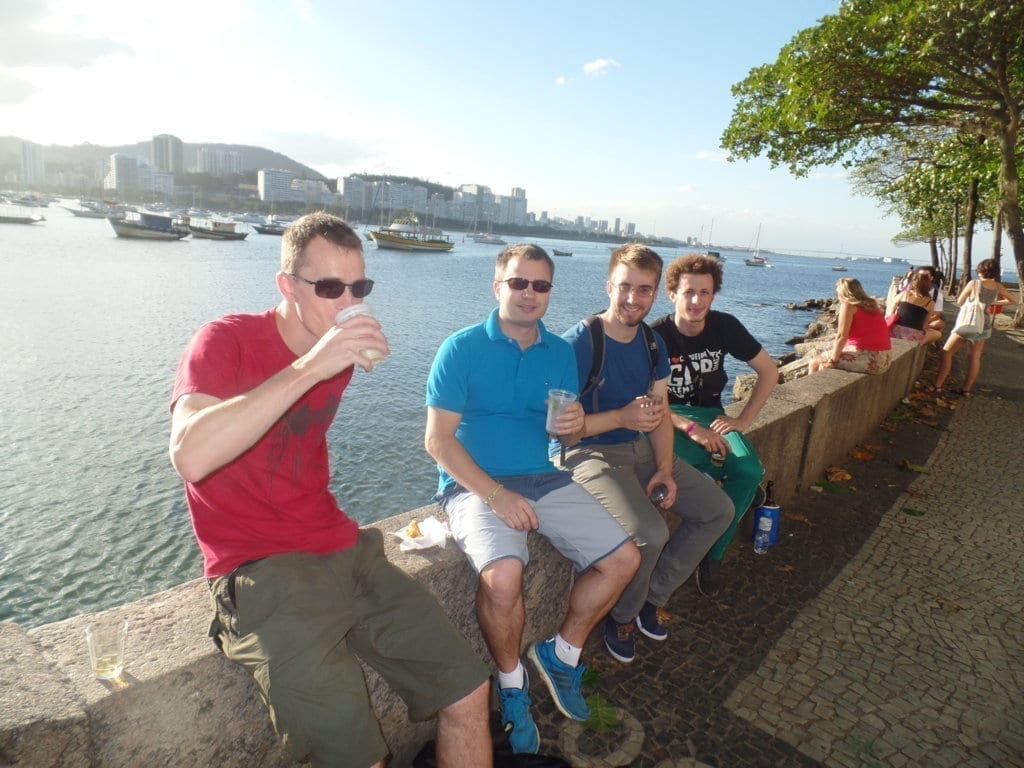 Pablo took us for a nice walk around Urca. Starting at Pão De Açucar, we walked along the water enjoying the beautiful views over Botafogo and Flamengo. We enjoyed a beer by the water as the sun was setting over the Bay. It was a fun afternoon exploring a quiet and very beautiful neighbourhood of Rio.

How about visiting a beautiful neighborhood with great landscapes? That’s was the question that we made to our Portuguese students before starting our RioLIVE!. We left Copacabana and we went until Urca, a very touristic place because of Morro Pão de Açúcar, but our goal was different, besides Pão de Açúcar, our Portuguese students saw Praia Vermelha and walked around the neighborhood passing by UFRJ, UniRIO, Instituto Benjamin Constant, Escola Naval etc.

As it was very windy, our students could practice their vocabulary of seasons of the year. Words such as, vento (wind), nuvem (cloud), nublado (cloudy), brisa (breeze) were heard by the first time. Besides practicing Portuguese, we learned new words. Everybody was amazed with the beauty that we had there, it was a very nice stroll. Come you too to take part in our RioLIVE! Activities. 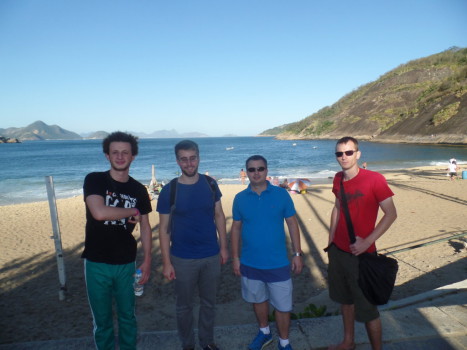 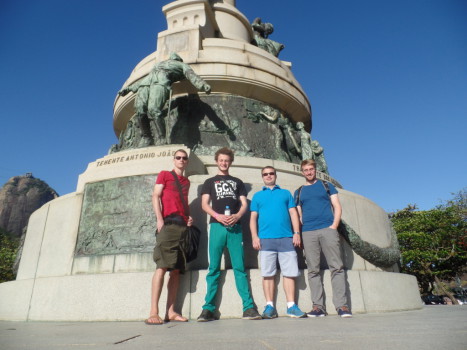 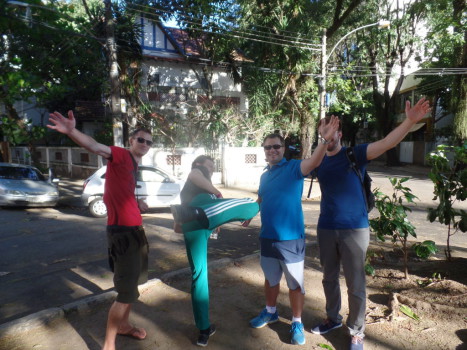 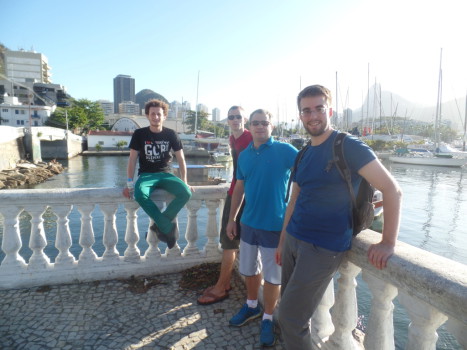 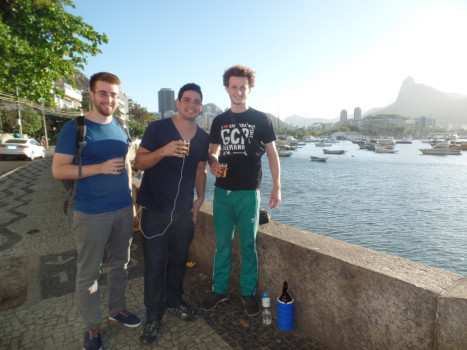 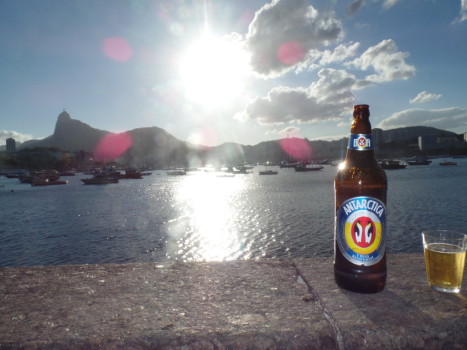 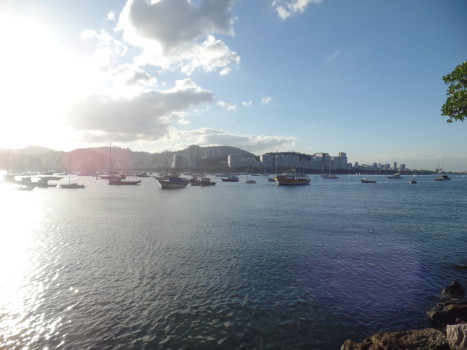 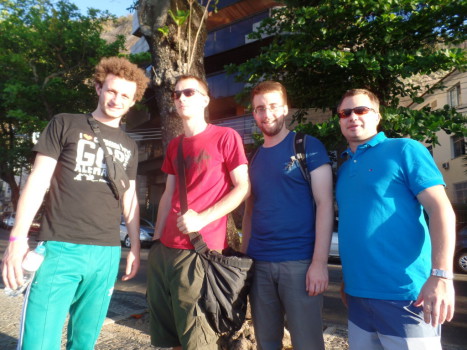 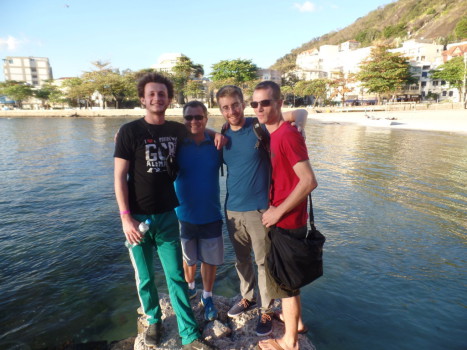 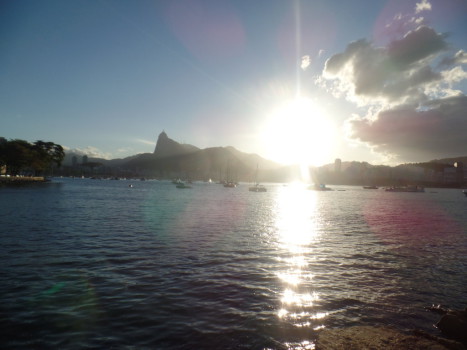 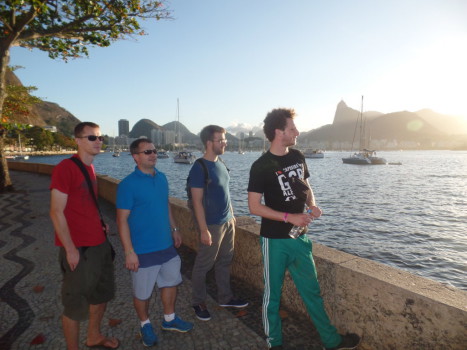 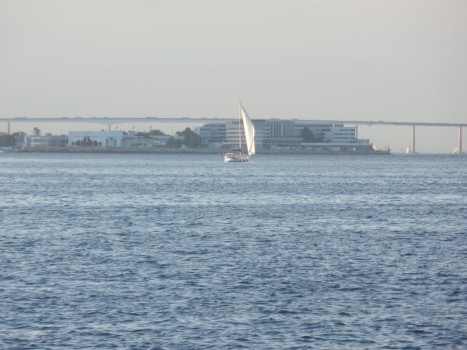