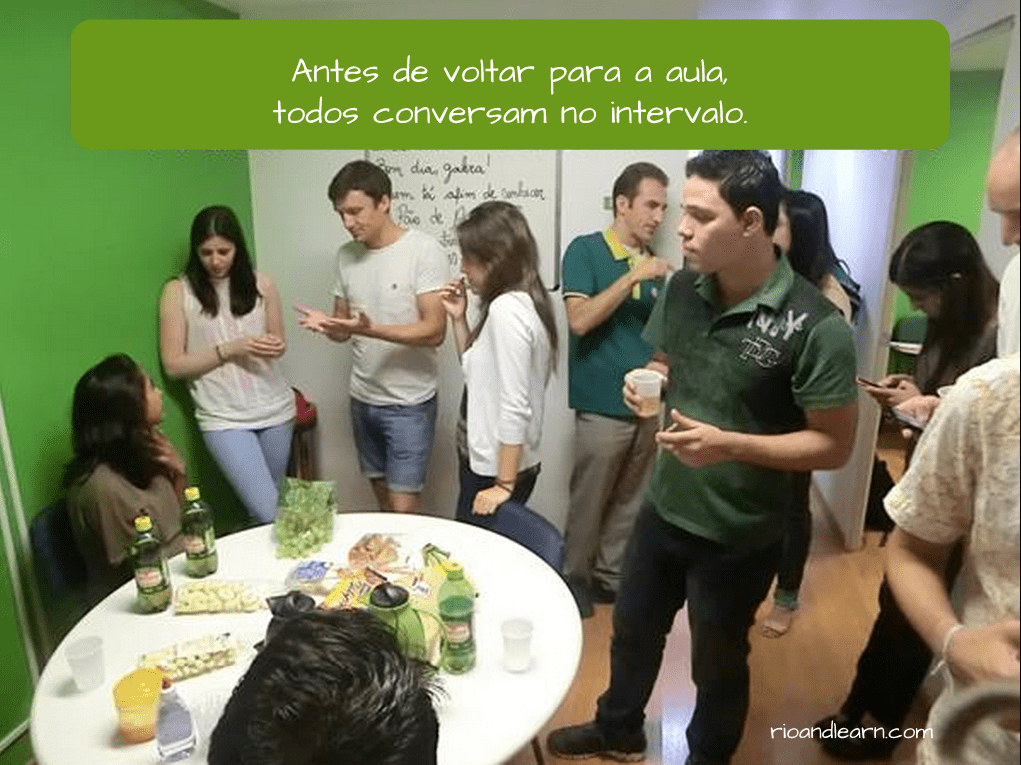 Hello guys from the Dica! Today, we’ll learn the use of before and after in Portuguese.

Before and After in Portuguese

We can use antes de and depois de with verbs and nouns, but they have different structures. Let’s see some of them:

Whenever we use these prepositions with verbs. The verb comes at the infinitive form.

Eu vou sair antes de começar a chover.
I will leave before it starts raining.

Você vai chegar antes de começarmos a reunião?
Are you going to arrive before we start the meeting?

Ele vai pagar a conta depois de comer a comida.
He is going to pay the bill after eating his food.

Nós vamos resolver o problema depois de procurar a melhor solução.
We are going to solve the problem after looking for the best solution.

Antes de and Depois the with nouns

We can also use them with nouns in Portuguese, but the preposition de changes according to masculine, feminine and plural.

Vocês vão pagar o boleto antes do vencimento?
Are you going to pay the bill before the deadline?

Eles vão chegar depois da chuva.
They are going to arrive after the rain.

Elas vão sair antes dos convidados.
They are going to leave before the guests.

Vamos limpar a casa depois dos meninos saírem.
We are going to clean the house after the boys leave.

What will you do after reading the Dica Today?
What have you done today in the morning?
What did they do before they accessed A Dica do Dia?
What will they do after accessing A Dica do Dia?

Ok my friends? We have learned how to use before and after in Portuguese. Do not forget that you can also find us on Instagram or accessing our Pinterest page to see what’s on in Rio de Janeiro and at our school.