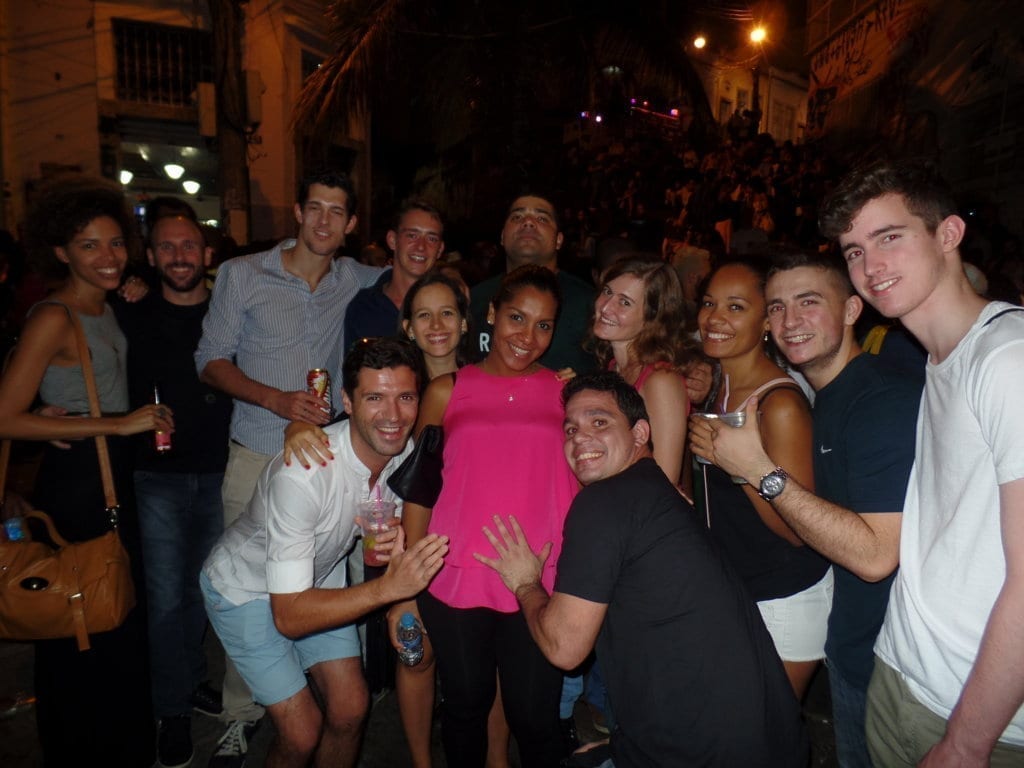 Pedra do Sal otherwise known as the samba hotspot was the activity on sexta-feira (Friday) of RioLIVE!. Down a narrow alley filled with tables of people selling drinks, you reach the carioca party. People everywhere gather around to hear live samba with a little bit of talking and maybe a drink or two. The historical site dates back to times of slavery and now commemorates the happy Brazilian life. This is one place that you must visit if you want to see a typical festa carioca. Thanks to RioLIVE!, I got to experience it last friday.

Nattannaella Verduga, United States.
Nothing better than getting the crew together to enjoy the carioca’s night life at Pedra do Sal, also called for many people, The Cradle of Samba. We started our RioLIVE! using our Portuguese to know a little bit about the history of the place. Our Portuguese students had the opportunity to have a percussion class and to know a little bit better the variations of samba.
After the class, we had dinner. The students tried angú, a typical Brazilian food. The student Vincent elected it as his favorite Brazilian dish. In the end, we gathered with other students to enjoy the night with a lot of samba and caipirinhas. It was a night to remember of total interaction among the teachers of Rio & Learn and the school’s students.
Come you too to know the best places of Rio de Janeiro at same time that you practice Portuguese. Take part in our RioLIVE! Activities.
See on the links below some of our lasts visits:
April 2015
February 2015
December 2015
November 2014
October 2014
August 2014
May 2014
March 2014
January 2014
November 2013
October 2013