Bet at the beach 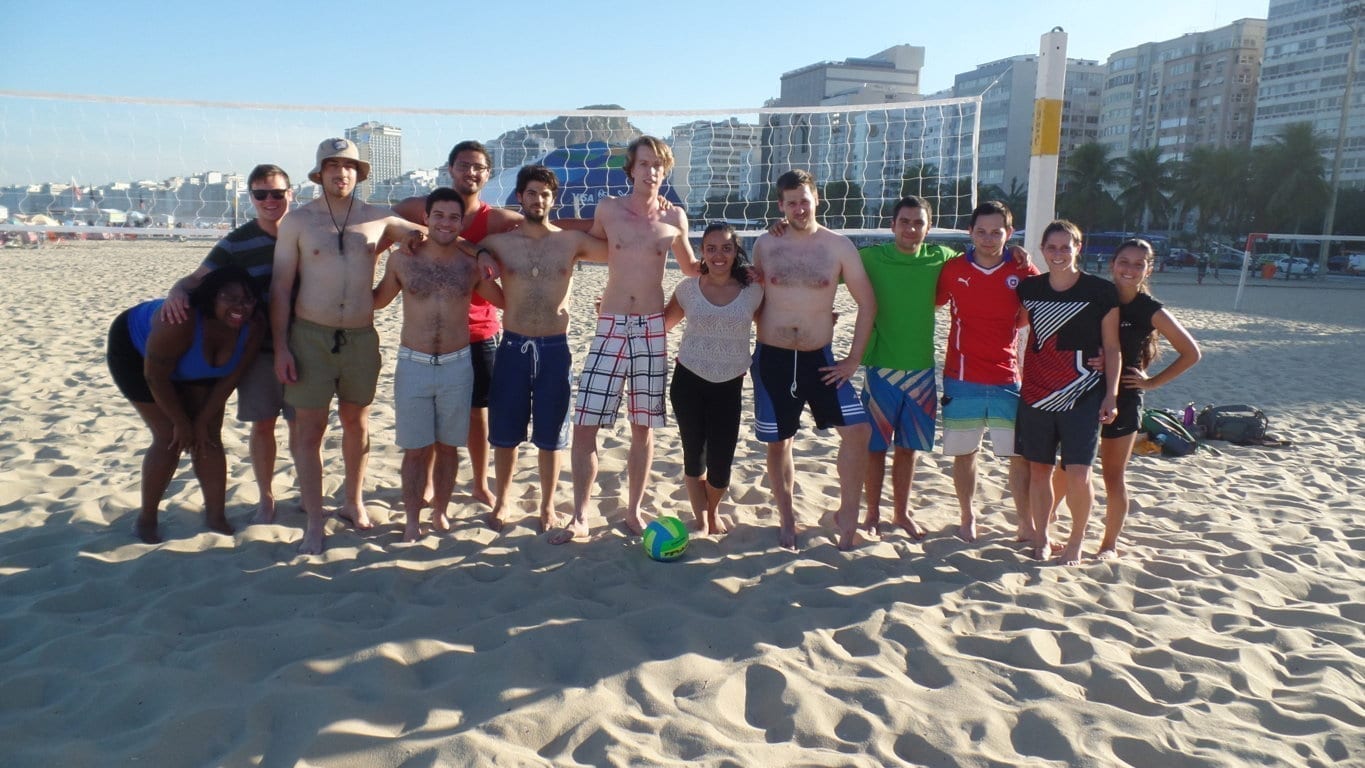 Bet at the beach

On Tuesday we played Volleyball on the beautiful Copacabana Beach, just across the street from the Rio and Learn Language School.  There is no better way to learn to count in Portuguese than by cheering and shouting the score every time you win a point!

With a gorgeous day at Rio de Janeiro, our Portuguese language students spent the afternoon playing beach volley and betting caipirinhas at Copacabana beach. The bet at the beach took place on the last set, a 15 point game, and the losing team had to pay caipirinhas to the players of the winning team. This bet also made the RioLIVE! super fun. Besides having fun, our students had the opportunity to get to know each other a bit better, start new friendships and practice Portuguese.
Our RioLIVE! gathered students from all levels, as well as their teachers, which was a great way to have an amazing afternoon at the cidade maravilhosa. This combination seems perfect: Portuguese, fun, beach volley, caipirinhas and bet at the beach.
Come have fun with Rio & Learn taking part in our RioLIVE! Activities! 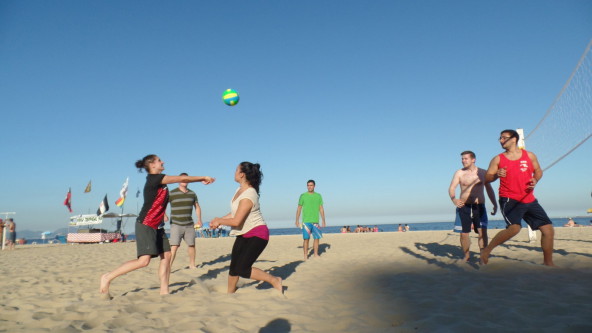 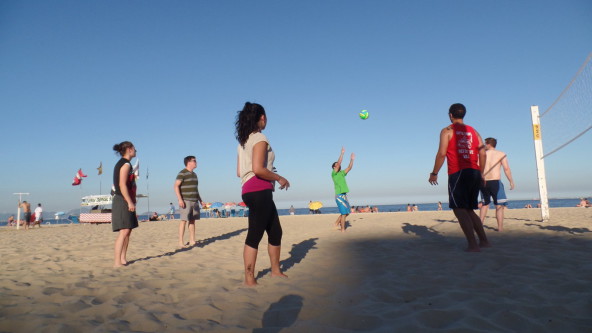 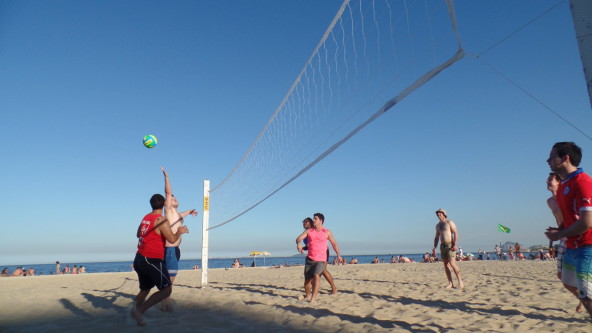 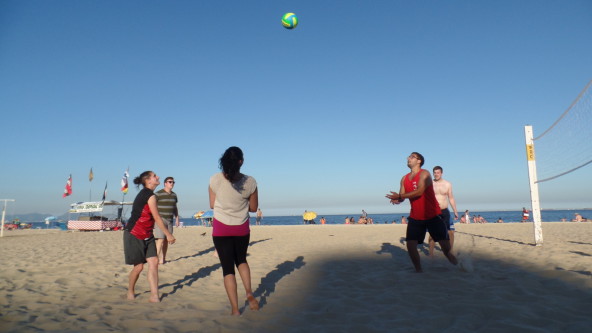 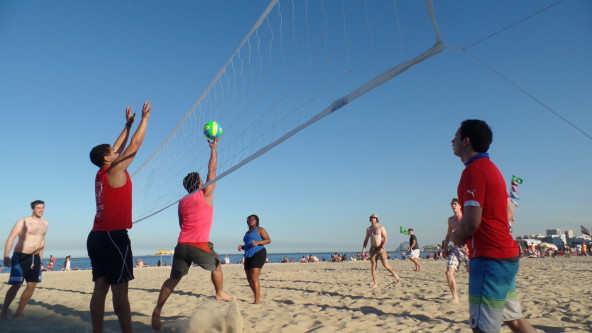 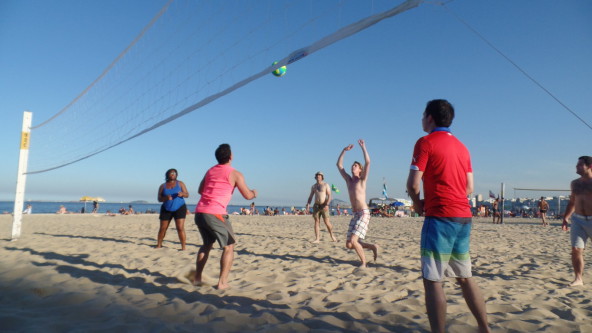 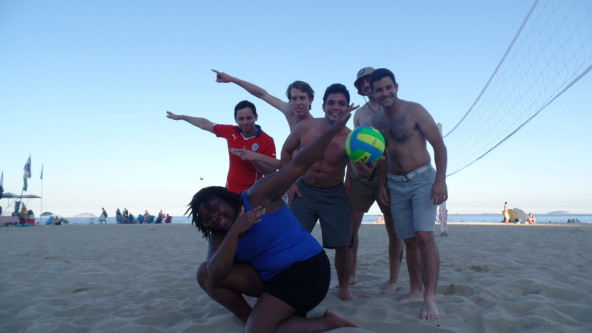 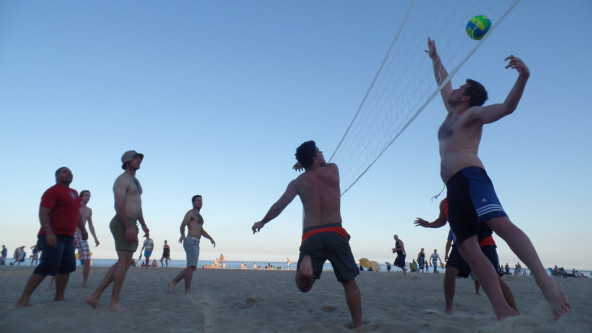 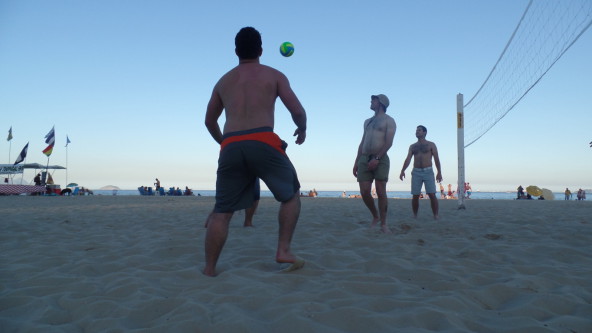 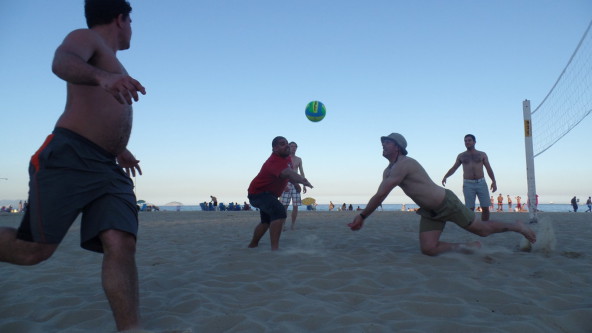 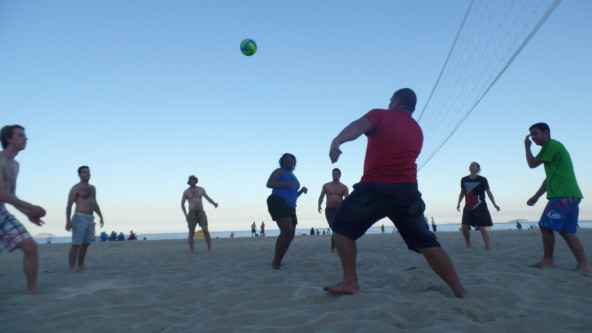