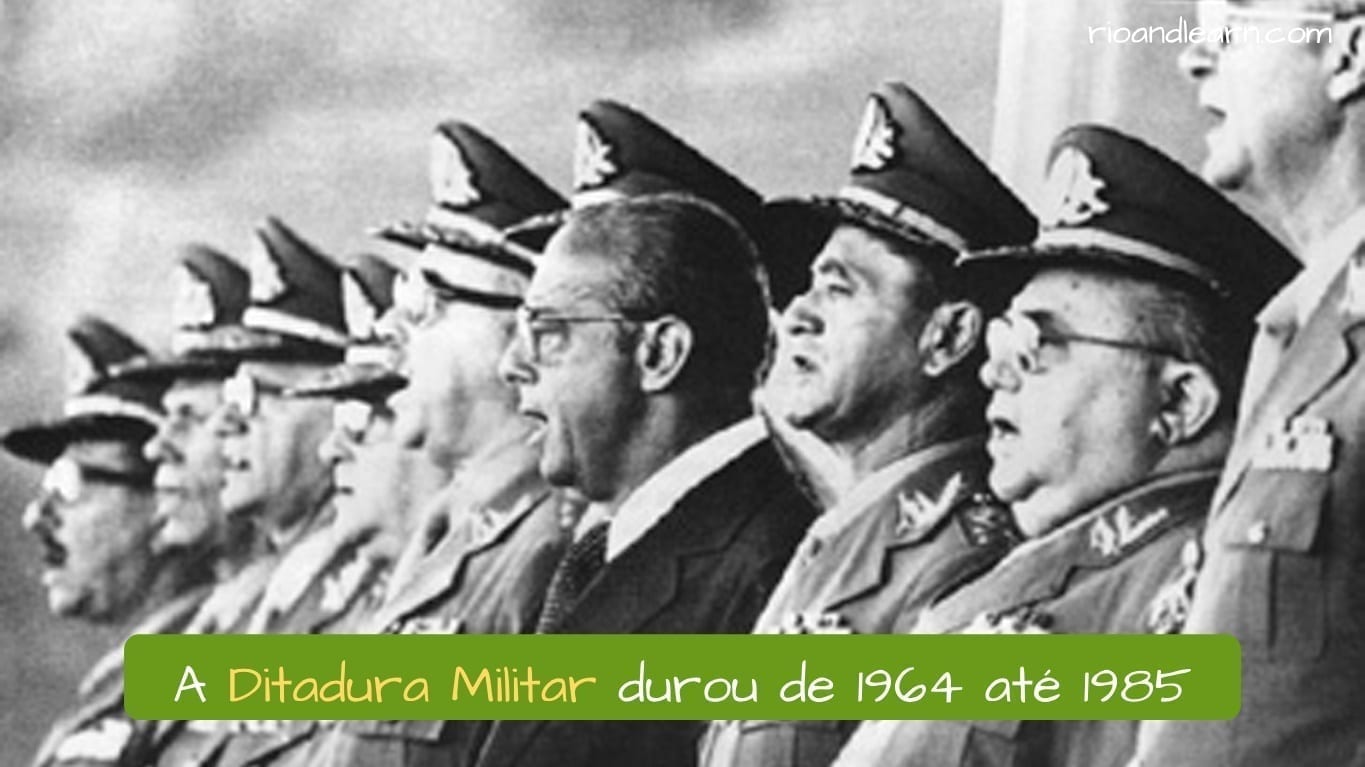 Hi, friends! Ready for one more history Dica? Today we will talk about Brazil Dictatorship. A tough period that generates different opinions from people. Let’s go!

Brazil Dictatorship was an authoritarian regime that started with the military coup on March 31st, 1964, with the President’s João Goulart dismission. The regime started with a promise of quickly return to the democratic regime, but it actually lasted 21 years (1964-1985) and established press and artistic censorship, political rights restrictions and police persecution against its opponents.

Although for many people this regime means the dark age of Brazilian modern history, some other people miss this time, because for them it was a period of safety, honesty, prosperity and nationalism. These people also would like these times to return because of the current Brazilian economic and political crisis. They use the argument that only the army can fix the country, which is the same argument used back then.

The coup in 1964 had as a goal to avoid the advance of popular movements of the Vice-President João Goulart’s government, accused of being a communist. The starting point was President Jânio Quadros’ resignation on August 25th, 1961. The house president, Ranieri Mazzili, was temporarily in control, since the Vice-President was doing a trip to China. When João Goulart returned from his trip, the congress implemented a new parliamentary system in order to censure the president’s powers and pull his decisions back.

This regime lasted only two years (1961-1963) when a referendum was voted and ended this system, giving the president full power back. Since the military forces didn’t approve Goulart’s decisions, the coup was done on March 31st, 1964. The Army took the power and the president had to escape to Uruguay. The Congress then elected the General Humberto de Alencar Castelo Branco.

The years that came later are known by State control, repression, censorship and an economic development during a small period of this regime. 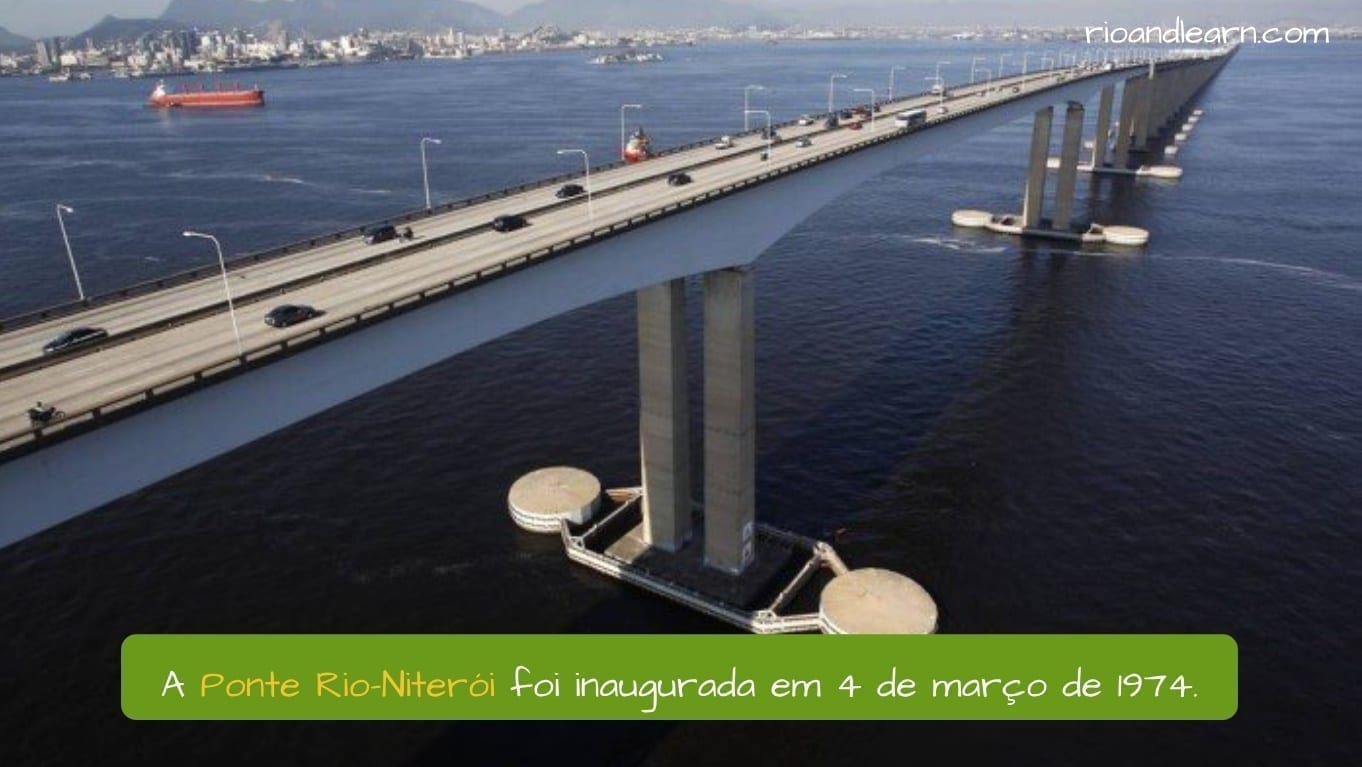 This period called Milagre Econômico (economic miracle) is known for the Brazilian economic growth during the 70’s. The country’s inner production increased and it was possible for the government to do many different kinds of social and structural investments, let’s see some of them:

During this period, many people were exiled because of the regime’s persecution, including some important Brazilian artists. Let’s see a list with some of them:

Caetano Veloso: The MPB singer was arrested in December of 1968 and released in February of 1969. After this episode, he sheltered in London, England, with his wife. He would return to Brazil only in 1979.

Gilberto Gil: He was arrested and could even write the song Aquele abraço in the police car. Just like Caetano, the singer went into exile in England with his family.

Chico Buarque: In 1969, the famous musician because of the songs Cálice and Apesar de você went into exile in Rome, Italy, after being threatened by the government.

Amado Batista: He stayed under custody for two months because of exaggerated sensual content. He says that he was tortured with physical abuse, electric shocks and he believes that he did wrong things and that’s why he deserved what he has been through, just like a mom who disciplines her son.

Geraldo Vandré: He wrote the famous song Pra não dizer que não falei das flores, considered a symbol against Brazil dictatorship, Vandré was obligated to exile in 1968 and returned only in 1973. He left the culture world and studied law. Most recently he showed himself disappointed with the path that culture followed in the last years.

Raul Seixas: It was in an audio message that Raul Seixas talked about his prison, torture and exile in 1974. He tells us that he was tortured, received electric shocks and was kicked out to New York. He stayed one year out of the country.

Rita Lee: The rocker was also arrested by the militar regime as a government’s tactics to show control under the youth. She was convicted by using drugs during her pregnancy.

Even with a good economic period, the problems kept following the regime. The external debt was increasing year after year and the inflation was reaching 200% per year. Movements demanding direct elections were being created by the year of 1983, these movements were part of Diretas já!

In 1985, the government couldn’t handle the pressure and present president General João Batista Figueiredo started the redemocratization process. On April 25th, 1985, by indirect elections, Tancredo Neves was elected president and the Brazilian Dictatorship days were over. 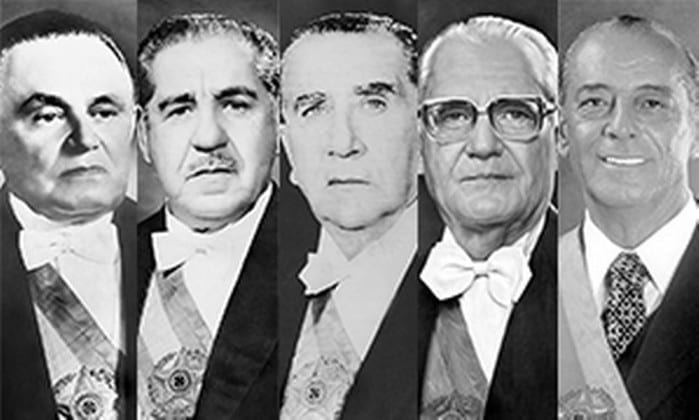 The Brazilian Dictatorship had 5 different presidents (left to right), they are:

Alright, my friends! We have studied a little bit about the Brazil Dictatorship. Subscribe at A Dica do Dia or follow us on Twitter for more Portuguese language information!