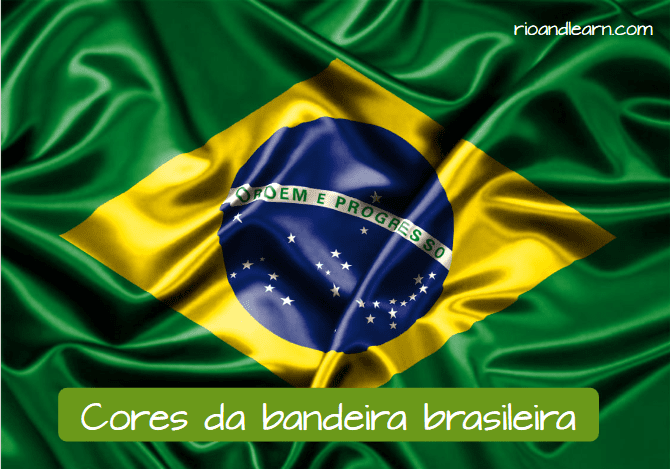 What’s up all you Dica dudes?! Are you ok? Today we are going to learn about the the Brazil Flag, its colors, history and meaning.

The Brazilian Flag was created on November 19th 1889, by decree number 4, right after the Proclamation of The Republic. The States of the Brazilian Federation are represented by the stars. It was projected by Raimundo Teixeira Mendes and Miguel Lemos, and designed by Décio Vilares.

Inspired by the empire’s flag made by the French painter Jean Baptiste Debret, using the blue sphere and the message of Ordem e Progresso (Order and Progress) to replace the imperial crown. Rio de Janeiro’s sky is represented inside the sphere with the Crux (Southern Cross) at 8:30 am on November 15th 1889, the day of the Proclamation of the Republic of Brazil.

Different Models of the Brazil Flag

Before the current flag, there were two other different models, the imperial one, the temporary one and the one that we have now representing our country. Take a look: Now let’s see the colors and meanings of the Brazilian Flag:

Colors of The Brazil Flag and its meanings

The Brazilian flag includes 27 stars with defined positions, each one represents a state of Brazil.

FYI: according to some historians, the union of these colors on the Brazilian flag, represents a symbol of union between Brazil and Africa.

Now we understand a little bit better the colors of the Brazilian flag. And you? Do you know what the colors of your country’s flag mean? Follow us on our Twitter account for more Portuguese language information.