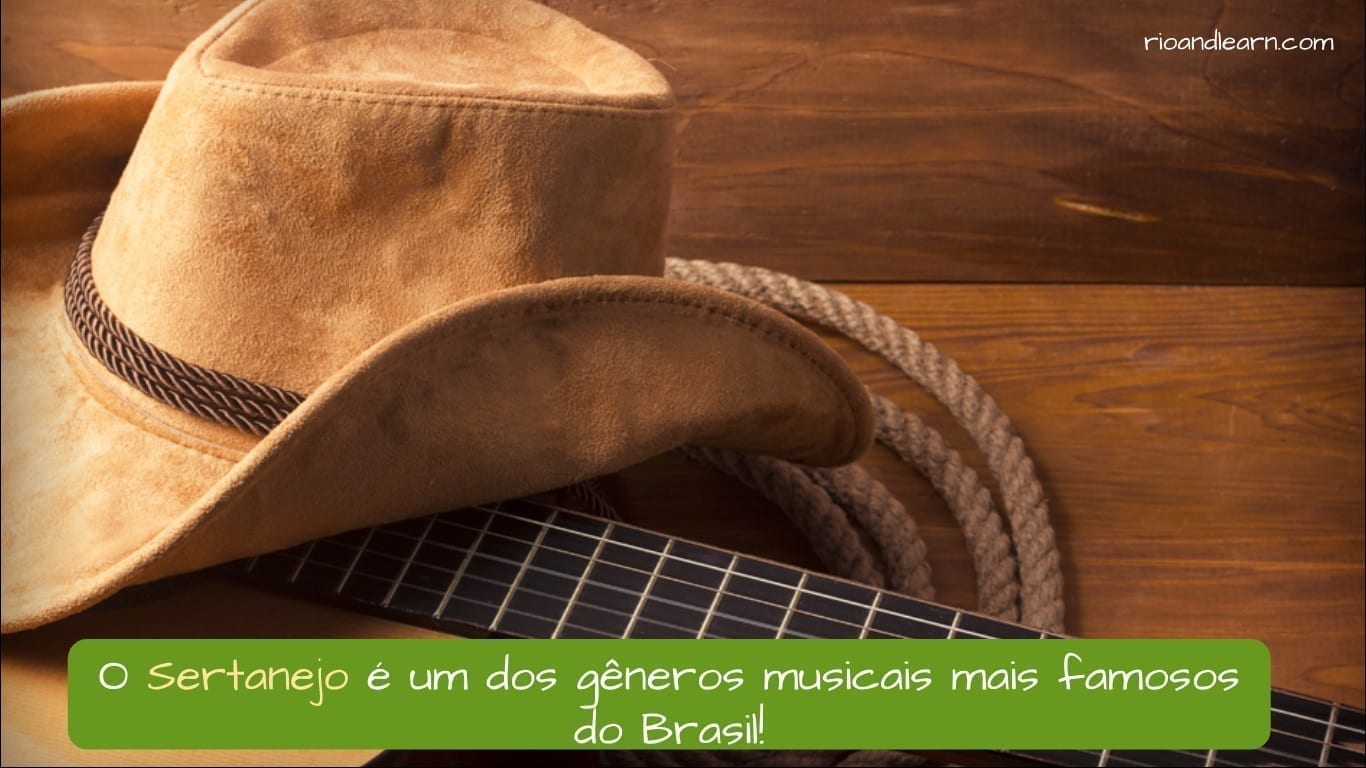 Sertanejo, what it’s called in Brazil, is the most popular musical genre in Brazil, surpassing even Samba. Brazilian Country Music was started  in 1910 by urban and rural singers that mainly used the Viola, a typical 10-string Brazilian guitar, in their songs. It’s usually performed by two singers, both playing Violas. Read on to learn more in today’s Dica!

Sertanejo comes from the word Sertão, an expression used to denote places far from the city, usually hot and lifeless, where people struggle to live. It’s usually related to the northeast region of Brazil. It’s also a name for the people who lived at the Sertão.

When Sertanejo first developed, it was called Country Music (Música Caipira) and the songs were a representation of the life in the countryside, both its beauties and its differences from the city.

After World War II, the era was marked by the development of new instruments, even European ones like the accordion. It was also a time when stars of the genre arose, such as Milionário e José Rico. The genre rose exponentially, giving birth to the first rodeo party in Barretos, the biggest to this day.

This era marked the romantic transformation that lives in Sertanejo today. It introduced the electric guitar, with roots in American country music, Elvis Presley, and the cowboy looks from old west movies. It began to follow a more romantic way, with love lyrics and a melodramatic music.

In the 80s, we had big names like Zezé de Camargo e Luciano, who filmed a biography about their lives in the Sertão; Chitãozinho e Xororó, with the enormous hit Evidências, an anthem for Sertanejo as a whole, Leandro e Leonardo, Rick & Renner and much more.

This sub-genre came as a way to reach a younger crowd, focusing on the teenage or young adult life, with parties, college, single life or even teenage love songs.
It’s now probably the biggest sub-genre in Sertanejo with names like Gusttavo Lima, Marília Mendonça, Luan Santana, Jorge & Mateus and etc.

And that’s all, guys! Get into Brazilian culture by listening to one of the most famous genres around.

Saddle up and enjoy!