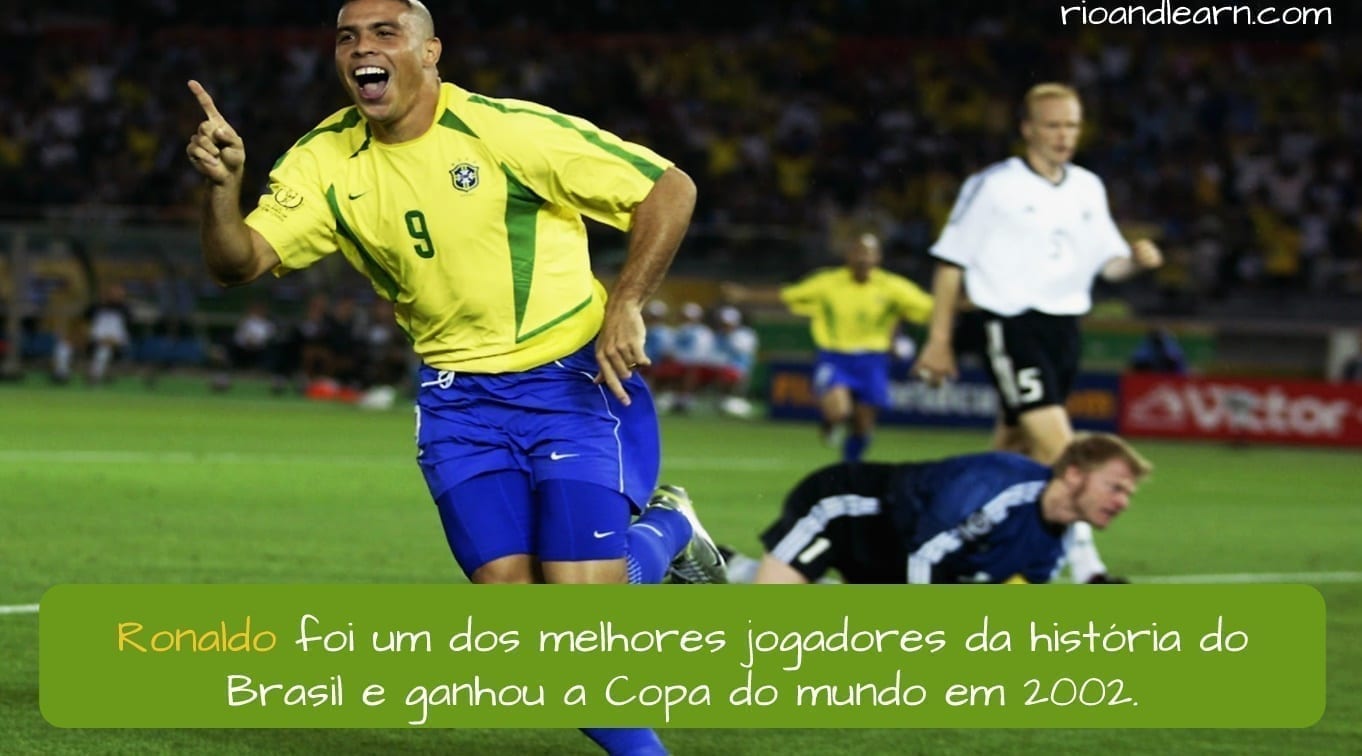 What’s up, galera? How’s it going? Have you ever heard about the Brazilian soccer player Ronaldo? Many people consider him to be one of the best strikers of all time, if not the best.

The Brazilian soccer player Ronaldo Luís Nazário de Lima was born on 18 September 1976 in Rio de Janeiro. He started his career as a professional soccer player in some small carioca clubs, but it was in Cruzeiro that he proved his talent and was able to move at a young age to play in Europe. Popularly dubbed O Fenômeno (The Phenomenon), he is widely considered to be one of the greatest soccer players of all time. In his prime, he was known for his quick dribbling, feints, and precision in finishing.

After completing two great seasons in Brazil (1993 and 1994), Ronaldo was transfered to PSV Eindhoven in the Netherlands. Even though he was very young, he was unfazed by the pressure and kept scoring lots of goals. This led to Barcelona becoming interested and hiring him in 1996. He spent only one season at the Spanish club, but in that time he managed to be the top scorer of the season (1996 – 1997) and helped the club win the UEFA Europa League, Copa del Rey and the Super Copa de España.  This was also the season that he was able to score one of the most beautiful goals of his career. He takes the ball all the way from the center of the field, dribbles past a lot of defenders, and then scores an amazing goal. Take a look:

After one great season at the Catalan team, Ronaldo was transfered to Internazionale. He played for the Italian club from 1997 to 2002. Even though he scored many goals, was elected the best player in 1997, and won the Uefa Cup in 1998, his period there is known more for his injuries than for his goals. He had two major injuries, followed by surgeries that kept him off the field for two years.

In 2002, after winning the World Cup with the Brazilian Team, Ronaldo was transferred to Real Madrid where he joined players such as Zidane, Roberto Carlos, Beckham and other stars. Playing for the Spanish team he helped them win the Premier League (2002 – 2003 and 2006 – 2007). Despite his many injuries during his time in Madrid, Ronaldo is loved by the fans.

In 2007, Ronaldo arrived in Milan once again to play for AC Milan. However, he wasn’t at his prime anymore and was having some weight problems. While he was able to score some important goals, he didn’t win any titles and left Milan after a major knee injury. After recovering from the injury, Ronaldo arrived at Corinthians, his last team, finishing his career in 2011. It was a short time playing for this team, but he was able to help them win the Copa do Brasil and the state tournament. In the final game of the tournament, he scored a beautiful lob goal from outside the penalty box. Take a look:

Ronaldo with the Brazilian Team 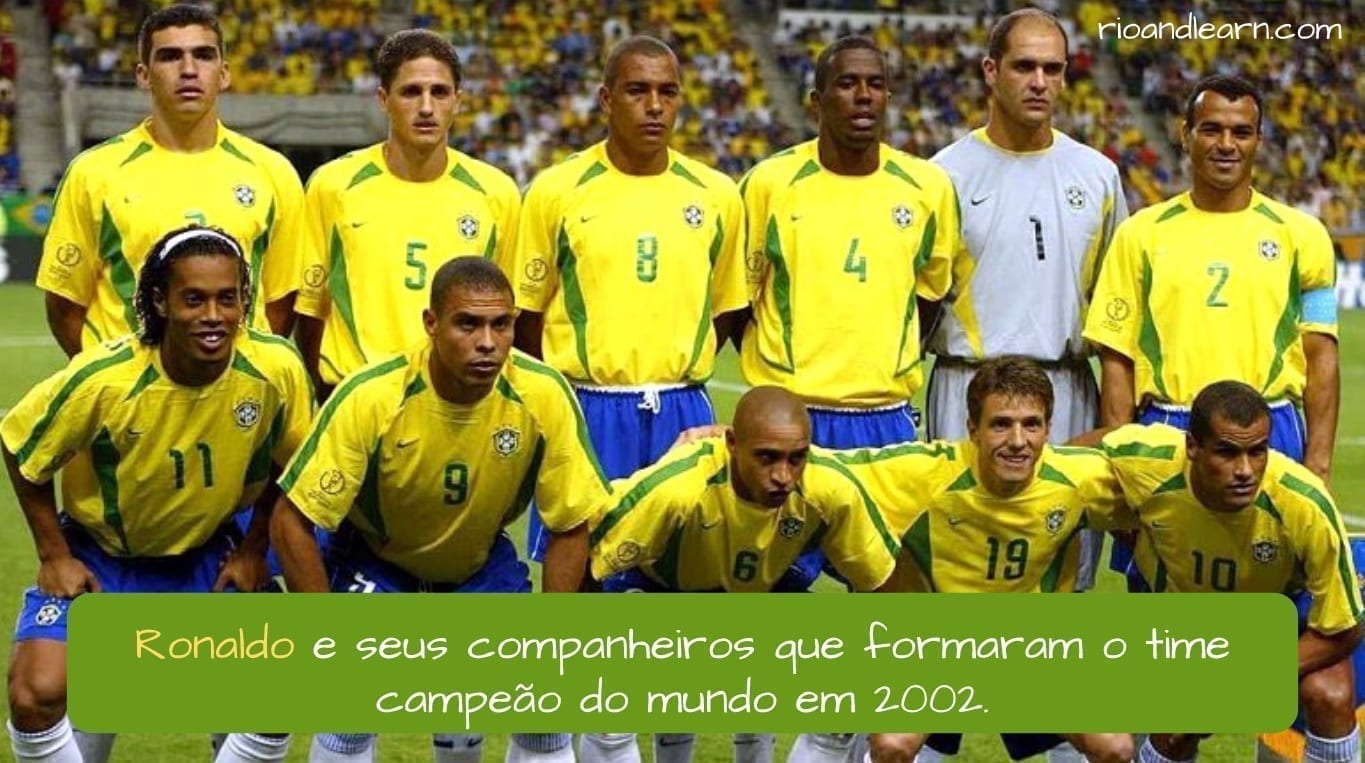 Ronaldo was extremely successful with the Brazilian national team as well. Besides scoring many goals at friendly matches and continental tournaments such as Copa América, he played in four World Cups (1994 – 1998 – 2002 – 2006) and won two of them (1994 – 2002). In the first one, he didn’t get the chance to play because he was only 17. However, he could feel the vibe and gain experience being on the world stage. In 2002, he was the star and led the team to win the fifth world title for Brazil. He scored two goals in the final game, take a look:

Ronaldo’s goals at the World Cup Final in 2002

This World Cup was really special for him because he was coming off of two major knee surgeries. Many people, including doctors, were saying that he would never be the same again when he was playing soccer, and that professional soccer was over for him. However, with his skills and determination, Ronaldo proved everybody wrong and played at a high level for several years afterwards.

Most Important Wins with the Brazilian Team