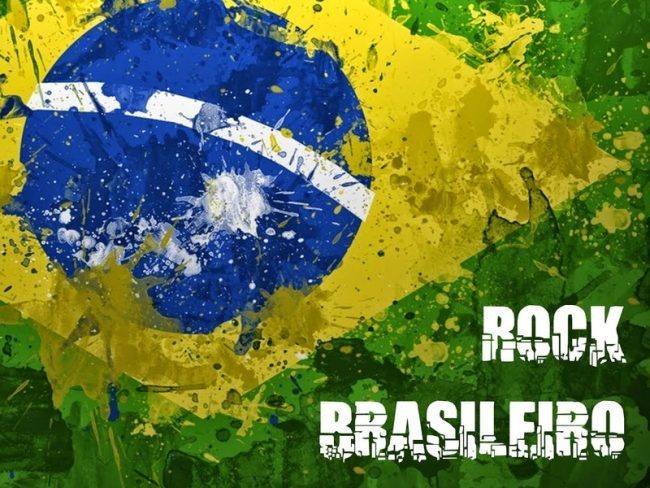 Hey! Did you know that July 13th is World Rock Day? So to celebrate, today’s Dica will talk about Brazilian rock and about the best Brazilian rock bands and artists with a breathtaking top 10. Check it out!

The production and dissemination of the Rock and Roll in Brazil started in the early 60’s and revolutionized the national music scene. I think we all know that this world rock revolution started with the introduction of the electric guitar and also the famous confusion at the Bob Dylan Concert known as the Electric Dylan controversy lol. Well in Brazil the electric guitar had already been introduced in 1948, in a Salvador carnival bloco, and it was not seen as a big deal.

In the 60’s, right after rock’n’roll exploded in the US with Elvis Presley and in England with The Beatles, Brazilians became addicted this sound and it didn’t take long for our musicians to start composing Brazilian rock music!

Of course, Brazil is known worldwide for samba and Carnival, and we also have many other much loved activities. But we also have excellent rock bands and so, we are going to make a top 10 of the best ones! Are you excited? Let’s check it out!

This band probably introduced Brazilian rock style in the 60’s, when the Tropicália movement was taking place, and when people still considered electric guitars a bit offensive and slightly crazy. They mixed Brazilian instruments with rock & roll and created one of the most original rock & roll styles. I just love them!

Raul Seixas was a Brazilian rock composer, singer and is also known as the “Father of Brazilian Rock”. His most famous song, “Maluco Beleza”, is still pretty famous even with teenagers. He was born in Salvador (Bahia), Brazil. Many of his songs were co-written with worldwide bestselling author Paulo Coelho.

A rock band from Rio de Janeiro that was formed in 1982. In the beginning they would mix rock with reggae; later they started to use some different instruments mixed with Latin rhythms. Check out one of their most famous song called “Lanterna dos afogados”:

Well, they are a Brazilian rock band from São Paulo and one of the most successful rock bands in Brazil. They also won a Latin Grammy in 2009! The band started in the 80’s and they still pretty famous nowadays. Their songs talk a lot about Brazilian politics, “Epitáfio” is one of their most famous songs. Take a listen!

Also known as Charlie Brown or “CBJr”, they were a Brazilian alternative rock band from Santos, São Paulo. Known for their lyrics with lots and lots of social criticism and skate punk/hip hop style, they were one of the most famous Brazilian rock artists of the late 90’s early to mid-2000s; People still love them, and even after the band ended everyone is still singing their songs!

The 80’s was a special year for rock and roll across almost the entire world, and in Brazil we had this amazing band called Barão Vermelho. Their lyrics talk about politics, love and anger and some of their songs were inspired by poetry. They are considered one of the most influential bands in Brazilian rock.

Cazuza was the main singer in Barão Vermelho but he left to start a solo career. People fell madly in love with his music and even today everyone seems to known almost all of his songs by heart. As one of the most respected Brazilian rock artists he composed a lot of songs about love and politics. Check out his well known song called “exagerado”.

Mixing rock and MPB, Cássia Eller was a Brazilian singer and musician that people still love today. Cassia has been elected as the 18th greatest vocalist, and 40th greatest Brazilian musician, by Rolling Stone Brasil and her most successful album was Acústico MTV – Cássia Eller (2001). Check out her incredible song called “Malandragem”.

Well, this band is amazing.  Starting their career in 1971, Secos e Molhados are known for mixing many styles of music (MPB, glam rock, folk rock, etc), but like many quality bands they are famous for playing Progressive rock, innovating Brazilian rock and influencing all the bands that came after them.

Back in the 80’s this band was like a religion for Brazilians and people still seems to know how to sing even just one of their songs by heart. They had their first album recorded in 1985 and they finished it in 1996. If you understand Portuguese, the lyrics are simply beautiful…. and if you don’t, why not study Portuguese in Brazil to be able to sing along? Sounds great, right? 😉

That’s it, guys. I hope you enjoyed our top 10 and that you are already preparing your trip to Brazil! See you in the next Dica!