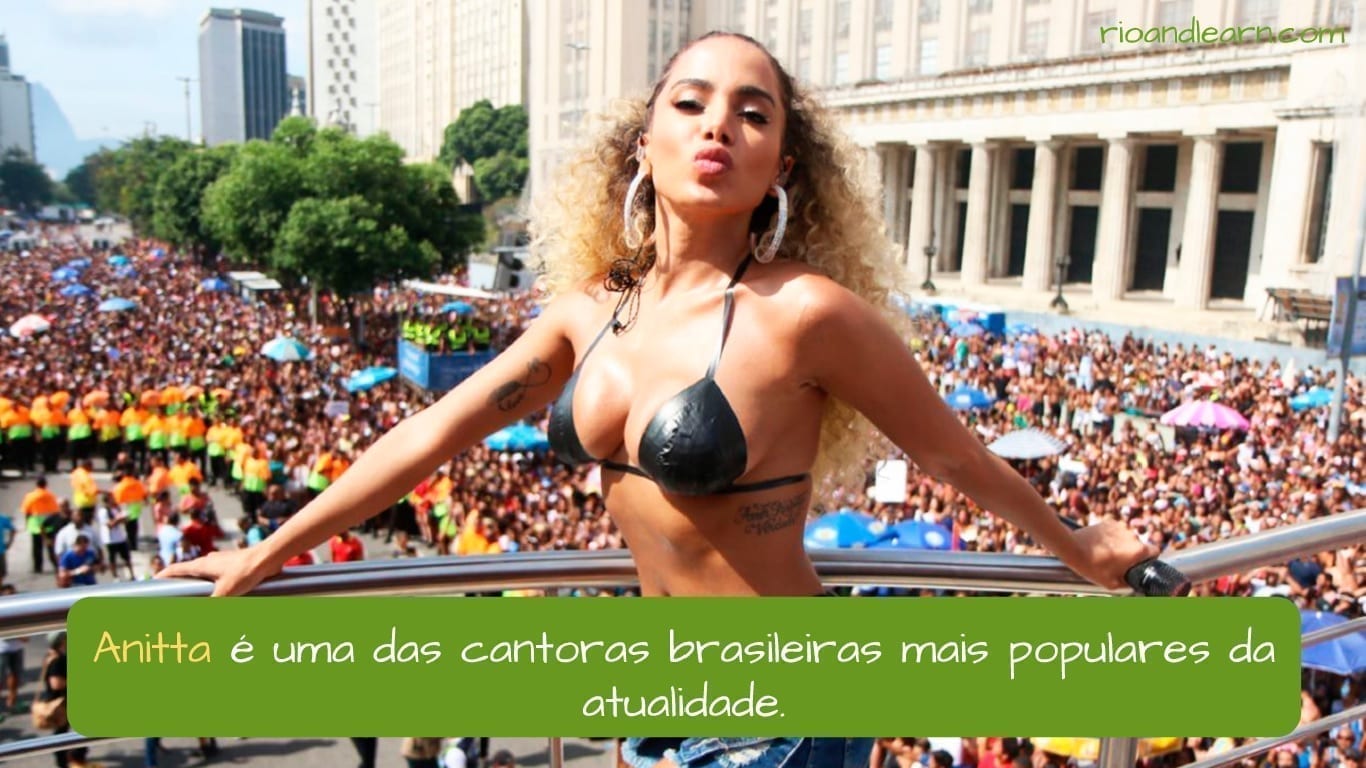 What’s up, my friends! Have you been listening to Brazilian music lately? Today we will talk about the Brazilian Singer Anitta. Do you know her?

Larissa de Macedo Machado was born on March 30, 1993 in Rio de Janeiro. Known as Anitta, she started as MC Anitta and changed her artistic name for this most recent one. She is a Brazilian funk singer who started her career by the end of 2012 and got the spotlights in 2013 with the hit “Show das Poderosas” that ruled the Brazilian music parades for several weeks. Let’s take a look at it:

She began her career at 8 years old singing in the choir of a church in Rio de Janeiro by the influence of her grandparents. At 11 years old, with some money that she got from his parents, she decided to take English classes. She later received dance lessons provided by her mother’s instructor. At 16, she finished a course in administration at a technical school in Rio de Janeiro. A year later, she decided to pursue an artistic career. That same year, she was the winner of the Revelation of Music award from his neighborhood.

The interesting thing about Anitta is that in the beginning of her career, many people thought she would be just one more ‘one hit wonder’, people used to think like that because a lot of other funk singers showed up with funk hits but they vanished with the same speed that came up. She could prove that everybody was wrong and with talent, she kept rising up with more hits that are really popular in Brazil, being able also to reach an international career performing with other popular singers such as the Colombian singer Maluma. This is special because it was only possible with old and classic Brazilian artists, such as Tom Jobim and Carmen Miranda, let’s see a video with her performing with a foreigner artist:

Anitta has stablished herself as a music and also feminine Brazilian icon since many girls have her as a role model to work hard and have anything they want in life. Nowadays, besides her success, she also leads a parade during carnival called Bloco das Poderosas, one of the most famous ones at the Carioca Carnival, take a look:

Let’s see how much you know Anitta by answering the questions below:

What about you? Have you ever listened or danced a song by the Brazilian singer Anitta? Tell us! We finish here one more Dica and also remembering you that if you want to know more about grammar, Brazilian culture, music etc, subscribe at A Dica do Dia, follow us on our Instagram account and and Youtube channel.