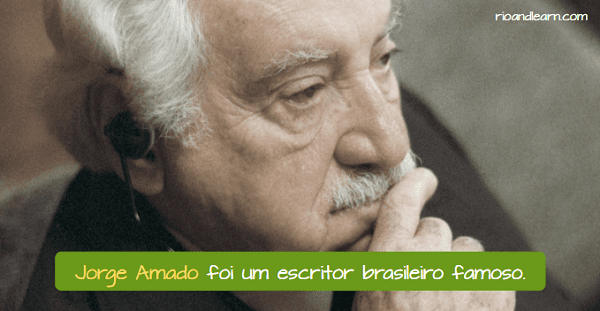 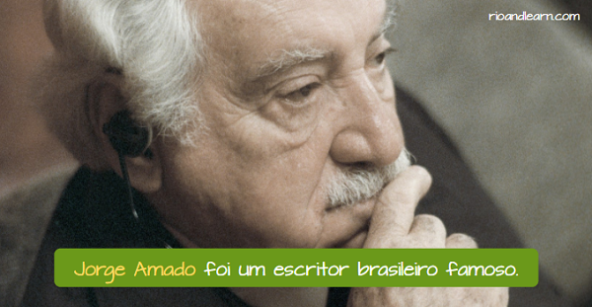 Hello, guys! What have you been doing out there?
Today we are going to talk about an important icon for Brazilian literature: the Brazilian writer Jorge Amado. Ready to find out more about him?

Who was Jorge Amado?

Brazilian writer Jorge Amado was born on August 10, 1912 in Itabuna, Bahia, and died in Salvador, also in Bahia, on August 6, 2001, four days before he was 89 years old. Jorge Amado is considered one of the most read romantics in the world, for his works are translated in several languages, among them Spanish, English, French and Italian.

Jorge Amado’s life was marked by remoteness due to his adherence to communism. In 1945 the author became a congressman at Brazilian Communist Party, which five years later was considered an illegal party. In order to avoid prison, he and his family had to move from one country to another. Jorge Amado returned to Brazil in 1955 and gave up on his political career, dedicating himself to literature only. He received in his entire life, approximately 100 thousand pages of letters from people all over the world. Nowadays, these letters are stored in the Jorge Amado House Foundation.

The works of Jorge Amado

The works of Jorge Amado are known for having a straightforward and grassroots language, yet very poetic. The author loved to portray themes relevant to the poor, the black, the outcast and all those excluded from society and this made them viewed as human beings, worthy of thoughts and desires. His books were transformed into movies, series and soap operas, highlighting some of his greatest achievements Gabriela Cravo e Canela, Capitães de Areia e País do Carnaval.

Poetry is not in verses, sometimes it is in the heart. And it is so big. To the point of not fitting the words.

Now that you know who Jorge Amado was, how about reading some of his books to study Portuguese?

We hope you have enjoyed knowing a little more about Brazilian literature.
See you next Dica!
A big hug from Rio & Learn.