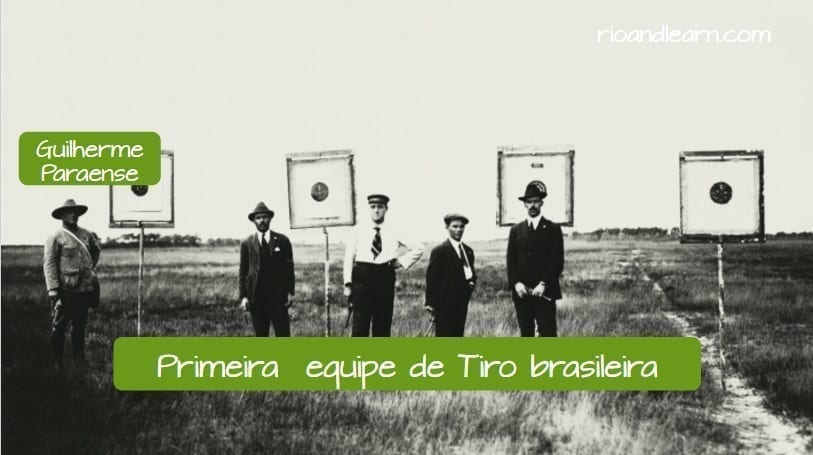 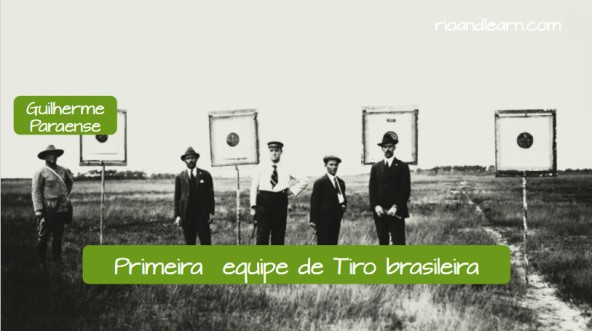 Welcome back everyone! The Olympic games are almost here and we, Brazilians, are getting ready to win many medals. And speaking of medals, on our Olympic Dica we are going to see who was the athlete that won Brazil’s first gold medal.

Who was the medalist?

The name of the Brazilian medalist is Guilherme Paraense. He, amongst 6 other athletes, formed the first Brazilian Olympic Shooting team, that participated on the Olympic games of Antwerp in 1920.

The trip to Belgium

The Brazilians made a very difficult trip to Belgium. Back then there were no sponsors like we have today, so they had to travel on their own. They bought 3rd class tickets in extremely small booths, without any air circulation. During this trip, the Brazilians had a very unpleasant surprise, since the ship in which they were would not make it to Antwerp on time. Arriving in Portugal they decided that taking the train would be faster, so they took the train with opened wagons. Facing the sun, rain and wind throughout the whole trip. Do you think that’s it?

Arriving in Belgium, the Brazilians had their guns confiscated, after all, Europe was just getting back on their feet after the first world war. Finally, the whole team had nothing but a Colt and 200 bullets for the competition, but at least they made it, right? Wrong! The Brazilians found out that the train left them 18 km away from the competition area, so they had to go to the Baverloo field by foot.

The American delegation, touched with the situation, lent guns so they could compete, and amazingly enough, the final round was between the Brazilian Guilherme Paraense and the American Raymond Bracken. Can you imagine that? You lend a gun to your rival and end up being beaten by him!

That’s exactly what happened. Guilherme Paraense hit a bulls eye and won Brazil’s first gold medal in Olympic games. The final number of medals Brazil won in the Antwerp games was 3. One gold, one silver and one bronze.

What about your countries, friends? Who got you the first gold medal?
Well, we’ll finish it here, and don’t forget to sign up to our channel and we will see you on the next Dica.