Caipirinhas and Samba at Lapa 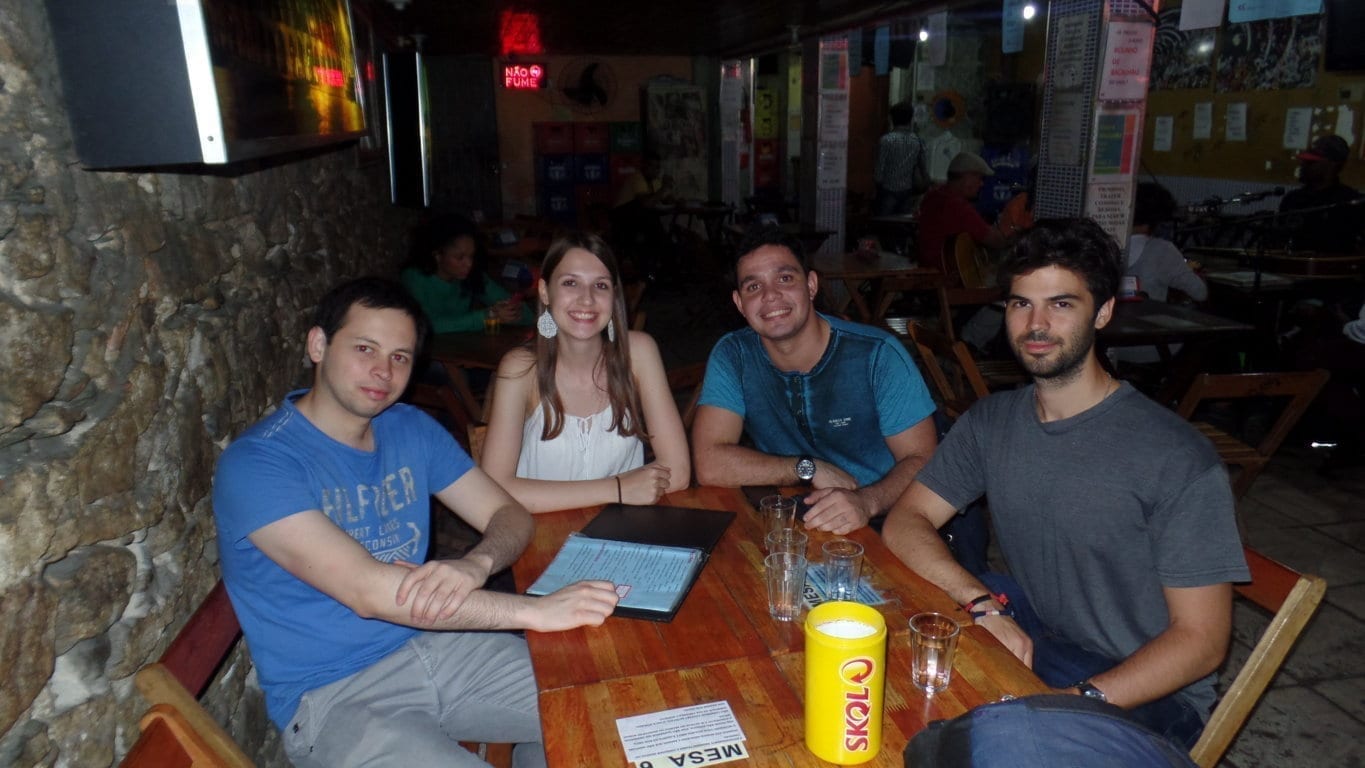 Caipirinhas and Samba at Lapa

Gonzalo Caballeria, Chile.
Last Friday we had a lot of caipirinhas and samba at Lapa. It was a really fun RioLIVE! activity! The cold weather did not scare us, and we met in front of Rio & Learn to find out what the fuss about Lapa was all about. To start our activity we went to the Selarón steps, which is an amazing place made by the Chilean Jorge Selarón. Our student Gonzalo, which is also from Chile took the time to tell us Selarón’s story, as it is told in Chile.
After that, the hunger struck, but we didn’t want to just eat, we wanted to go to a place that also had samba. So we went to the bar Vaca Atolada, and that’s where our night actually started. Caipirinhas and samba at Lapa is a great combination, and we had loads of fun until we went to the most important attraction: caipirinha classes at Rei do Limão. The Rei, as always, used all his happiness and energy to make our night amazing. There were many different caipirinhas that helped our students speak a lot of Portuguese. It was an amazing night.
Come take part in our RioLIVE! activities with Rio & Learn and speak Portuguese as you have fun. 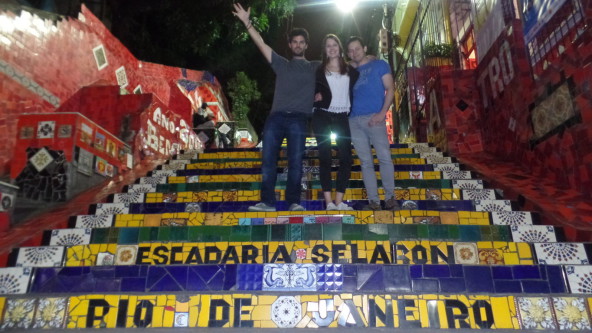 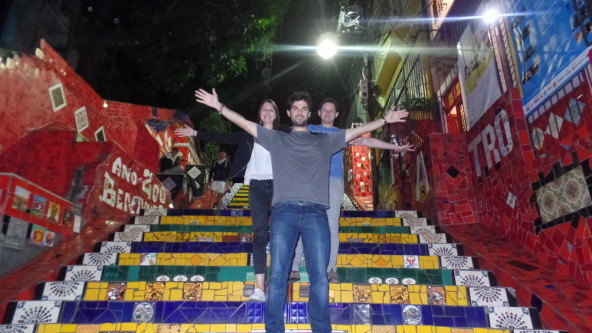 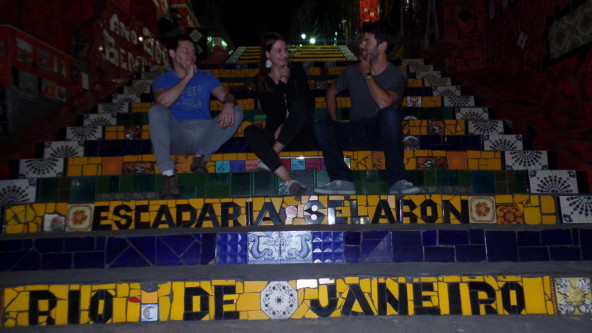 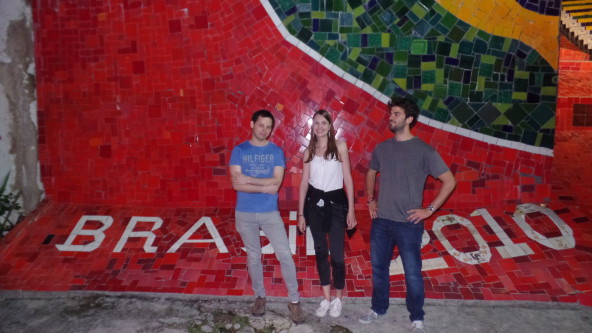 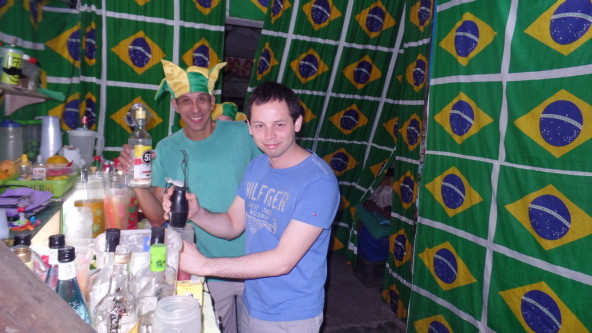 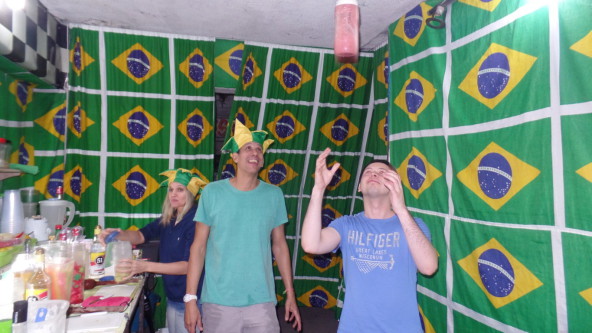 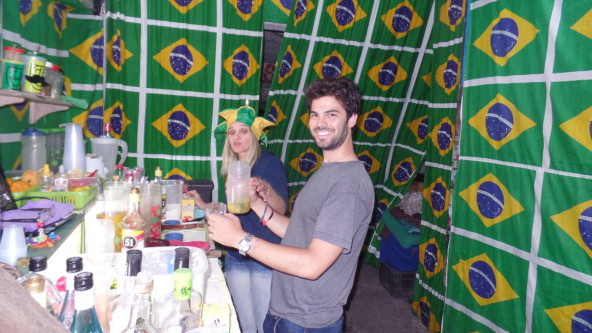 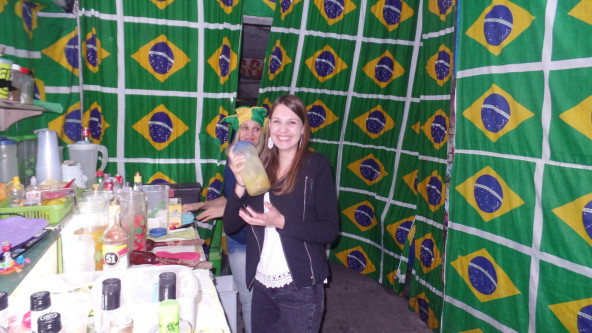 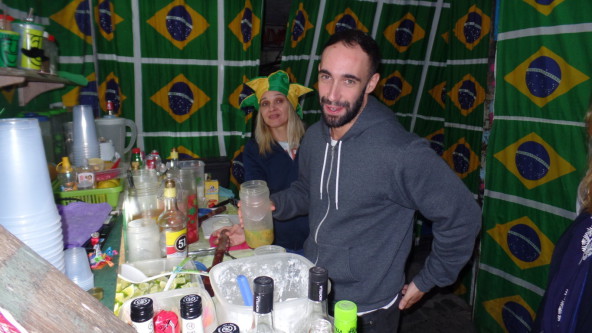 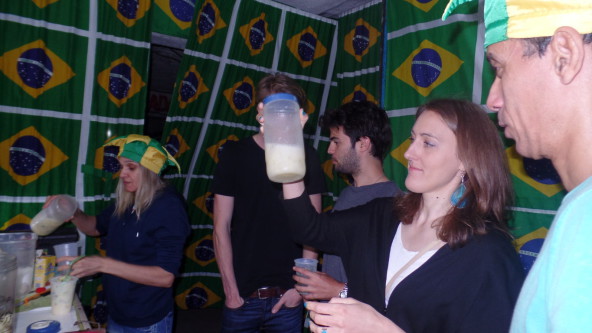 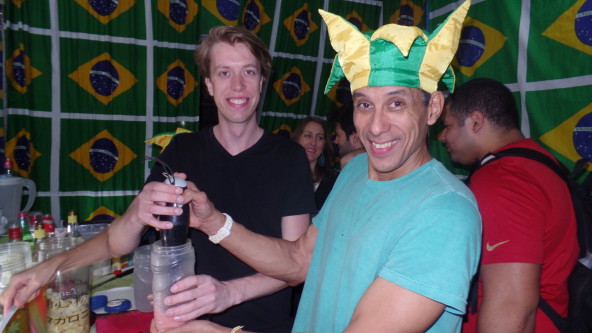 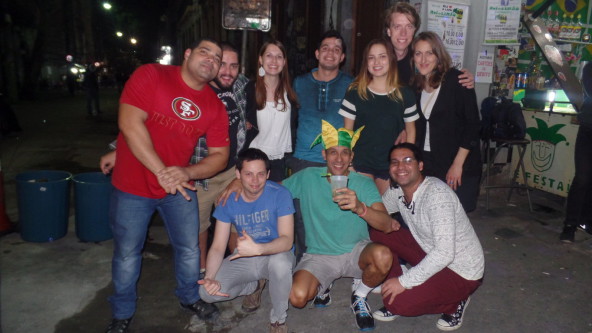