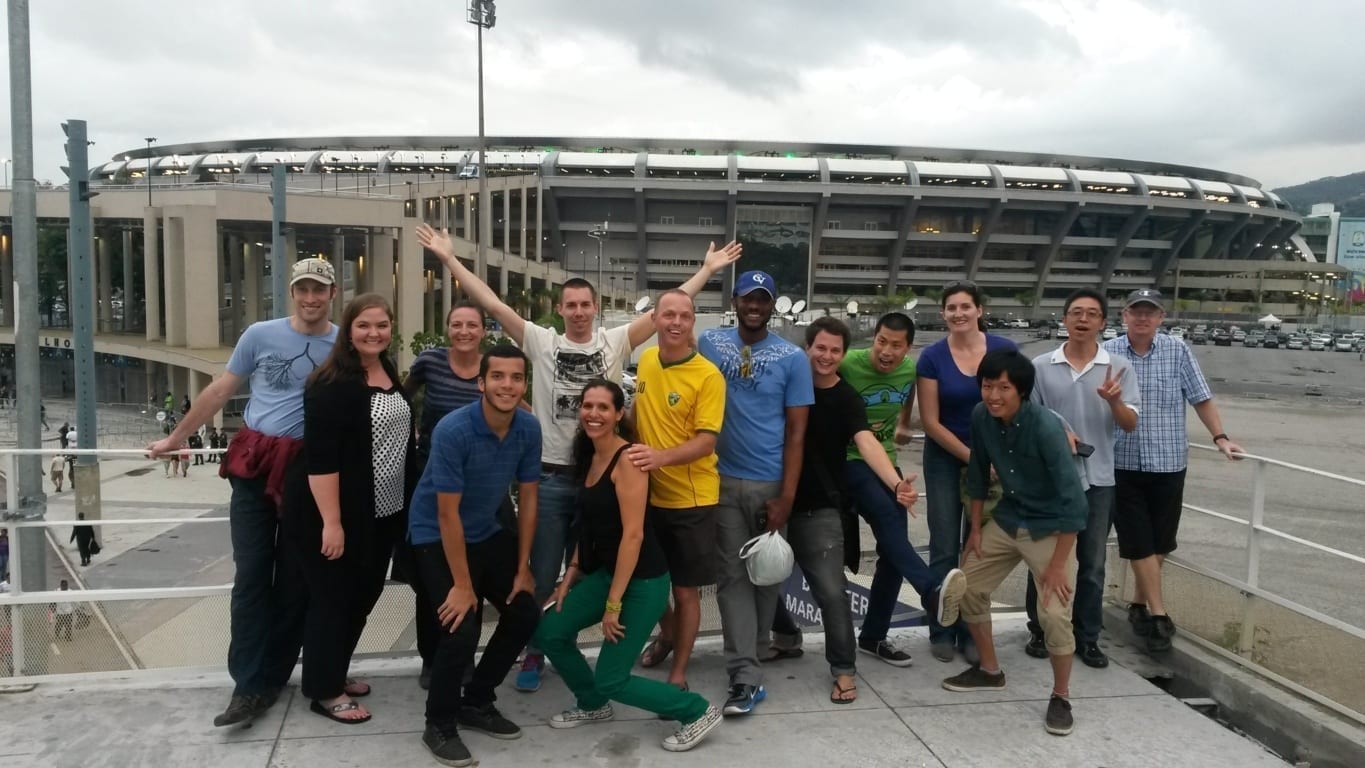 Have you ever been at Maracanã? Have you ever watched a Derby there? Rio de Janeiro has 4 main teams: Flamengo, Vasco, Botafogo and Fluminense. Last saturday we went to watch a Carioca Derby between Fluminense and Botafogo at the historic Maracanã Stadium.

We joined at Rio & Learn to go all together to Maracanã Subway Station. We were 15 people with 14 students from around the world as usual. This time we had students from USA, Canada, Switzerland, UK, Japan, China and Venezuela but everybody was talking Portuguese, even if some were from the same country 😉

When we arrived at Maracanã our students did photos from the exterior of the stadium. We got surprised when we find, just working outside the stadium one of our Portuguese school teachers, Nathália. As she is Flamengo supporter, she hadn’t said nothing to anyone that she was working for the match of two of the main rival teams, so she got a little bit embarrassed when she saw us. It was a funny situation 😉

Once inside the stadium we took a sit. Some of our students got confused when they realized that nobody respects the seat assigned and Brazilians seat just when they prefer. We took 15 seats that were together and we were ready to enjoy the Carioca Derby, Fluminense Vs Botafogo.

As we were with the Fluminense supporters we were supporting Fluminense. Before the game started a big flag was passed by the top of our heads and our students enjoyed the moment moving the huge flag with their hands. Watch a pic of the moment:

The game was very important as Fluminense is near to win a place for the next year Copa Libertadores and Botafogo is in positions to go to the lower division (segunda divisão) when they were with just 5 games to play before the end of Campeonato Brasileiro.

Botafogo looked fine with the draw and Fluminense attacked all the game long. But the goal was not arriving, so all the Fluminense Supporters were afraid to lose the Carioca Derby (clássico carioca). Tension was over the game, but at the end the goal arrived in the last minutes of the game and our students celebrated the victory with the local fans. Everybody was singing as we were going outside the stadium. Our students asked what the fans were singing as some words were difficult to understand. The smiles of our Portuguese language students were prove that it was a great football day and a great experience.

See some of the pics of the night: 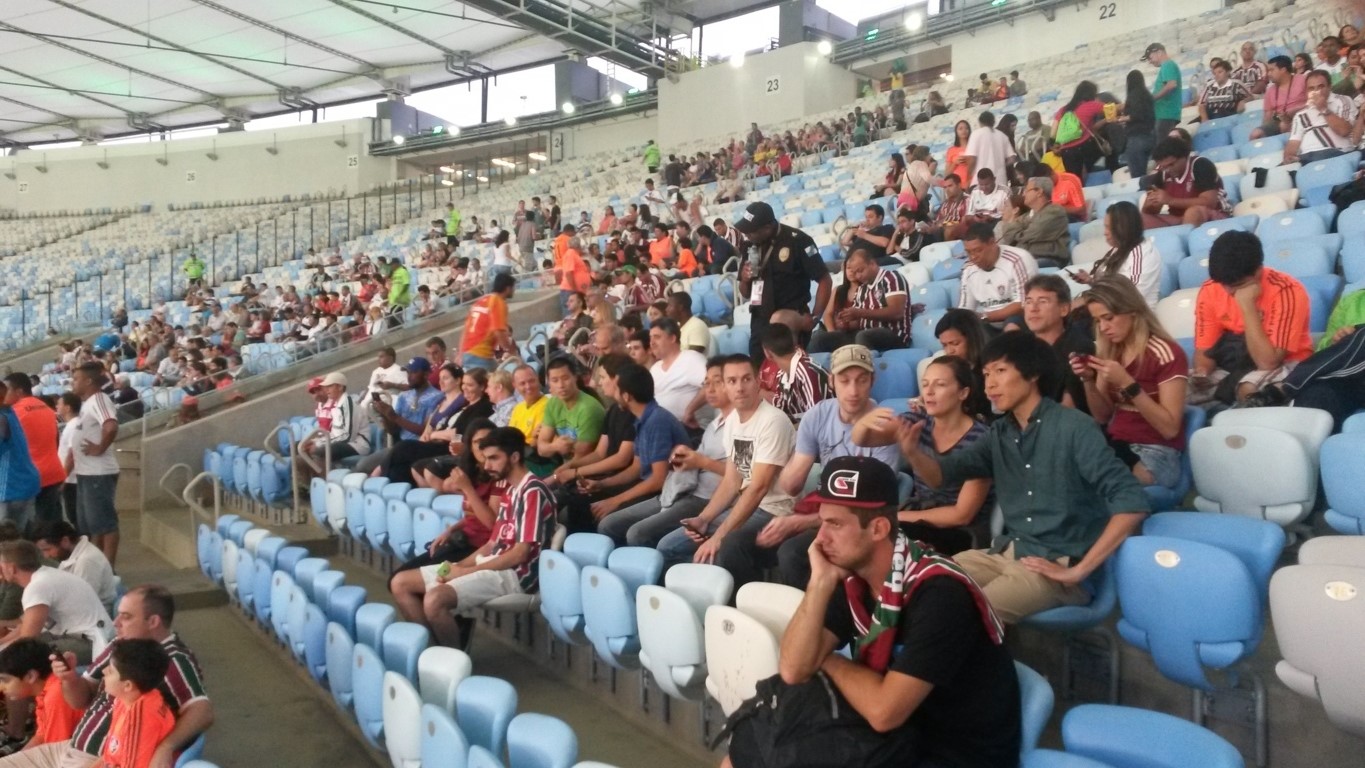 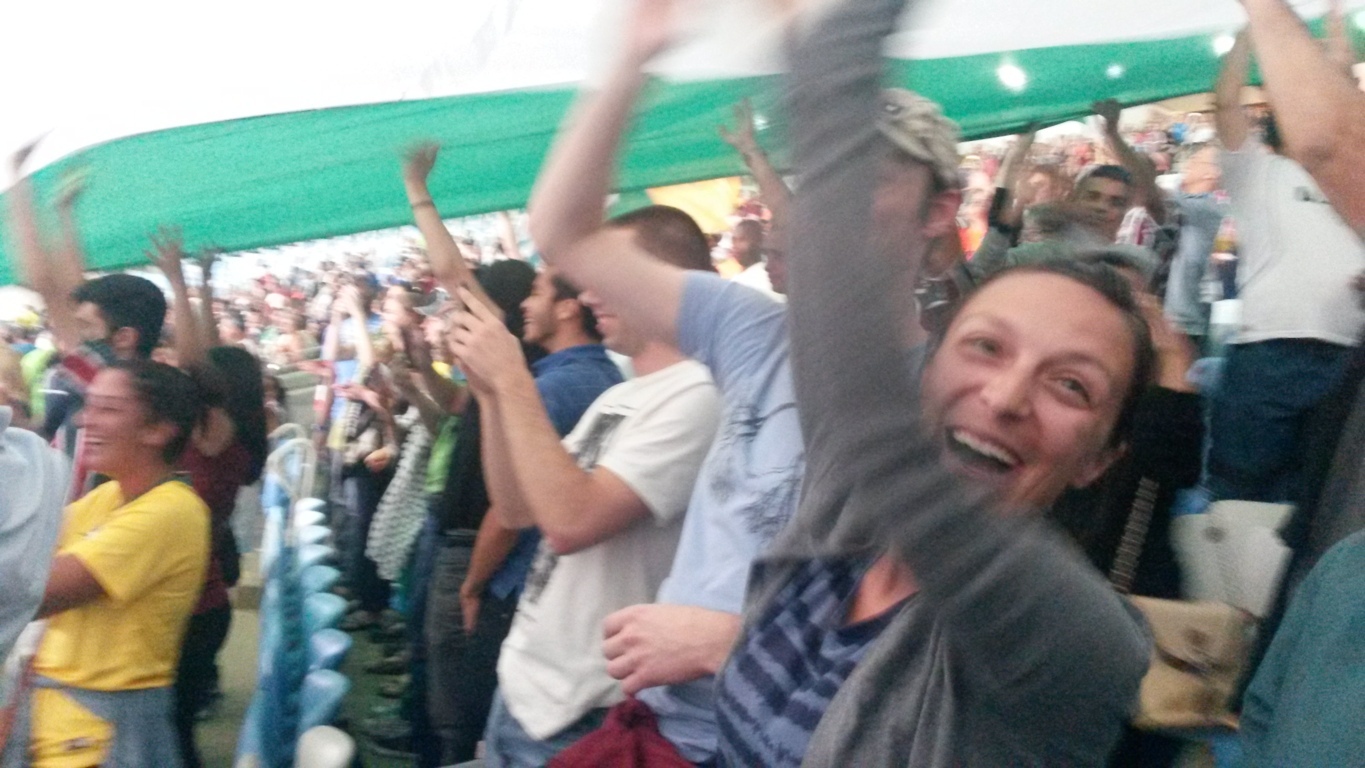 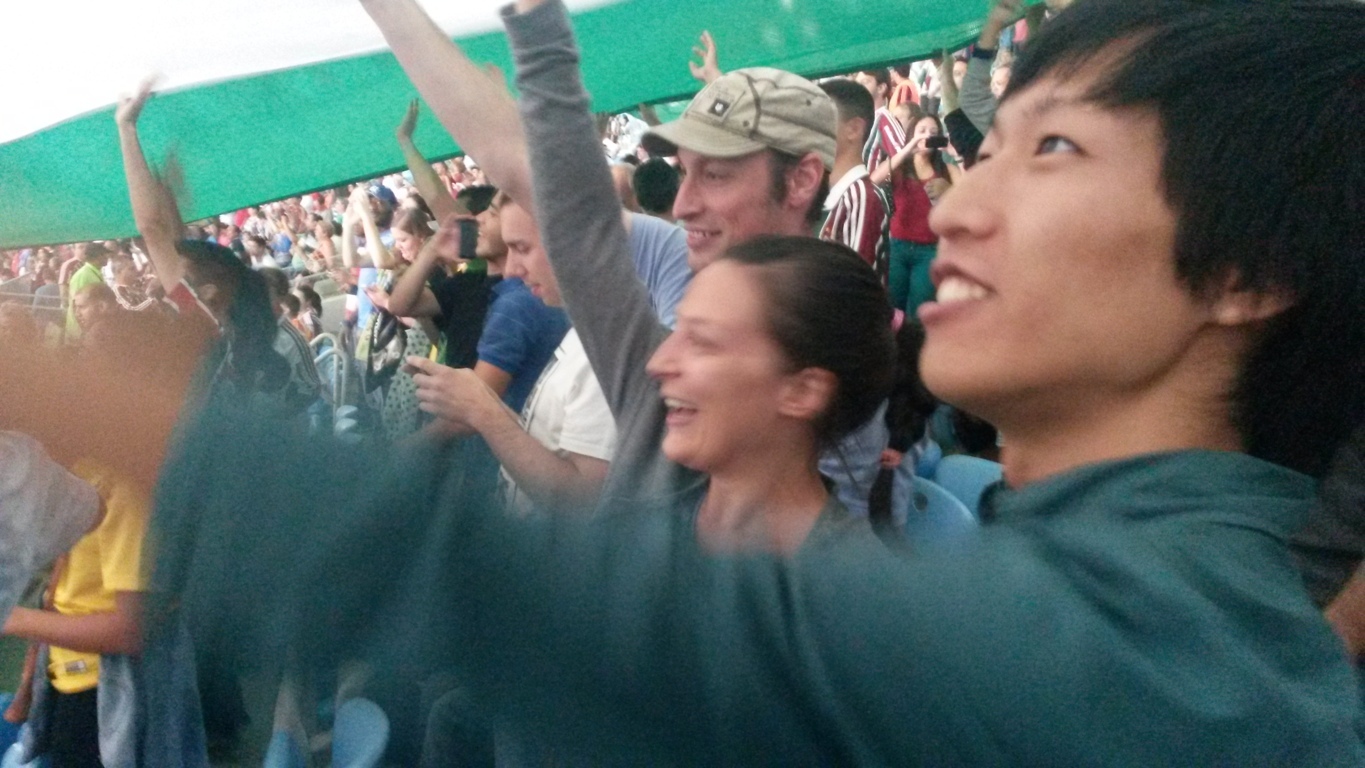 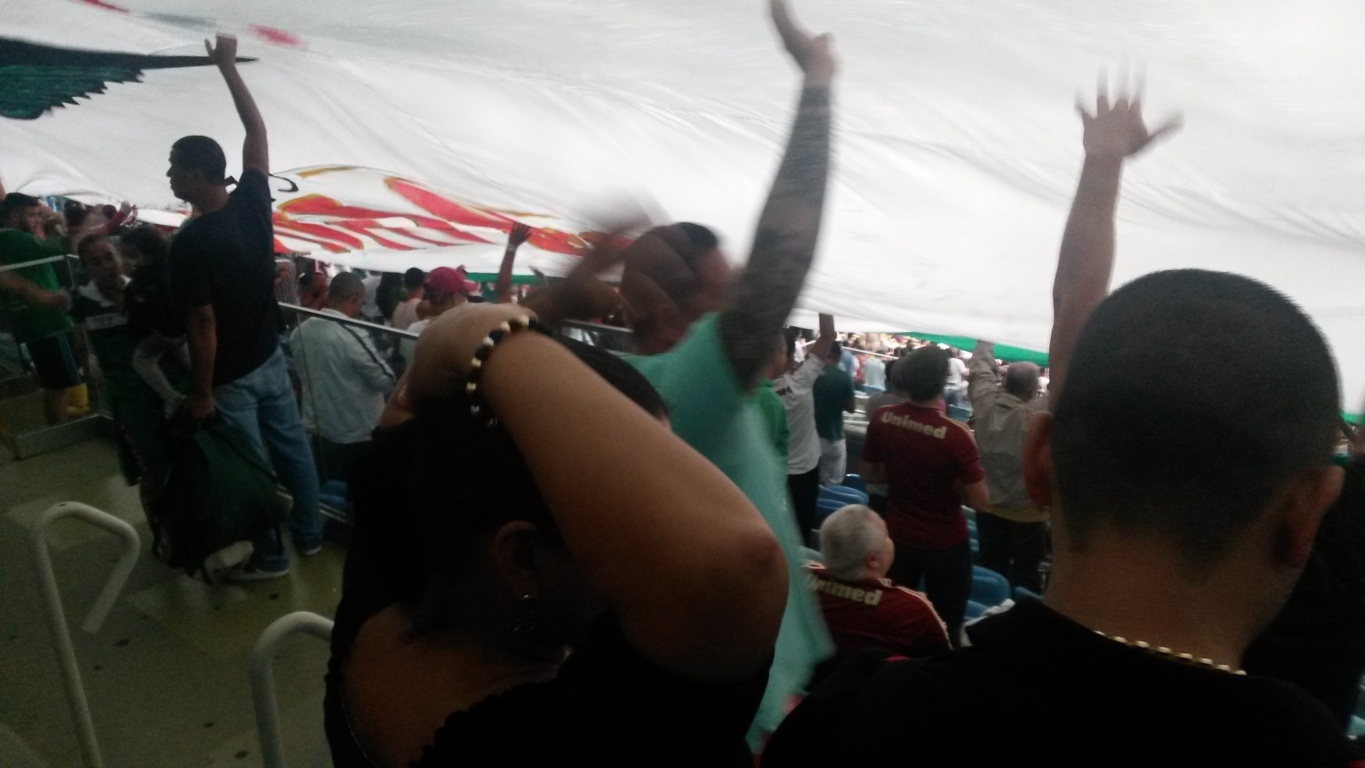 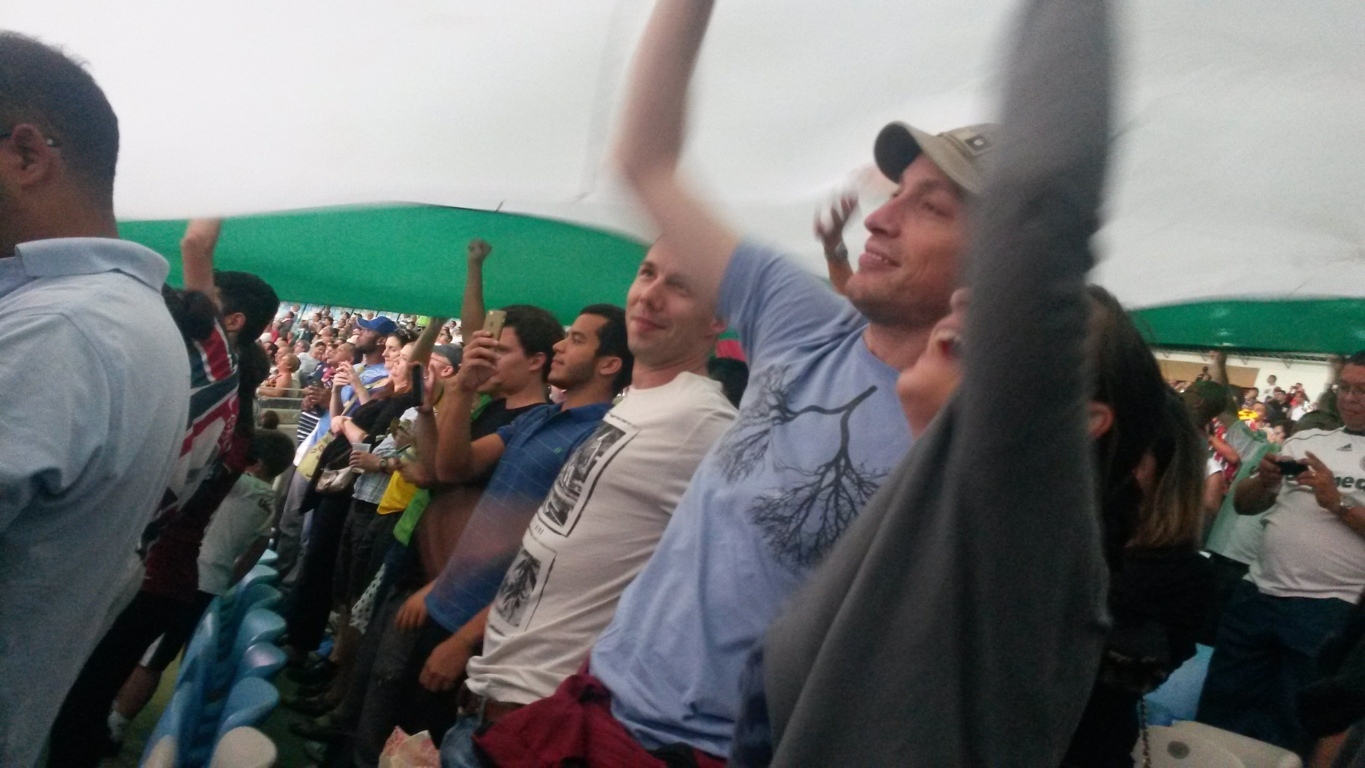 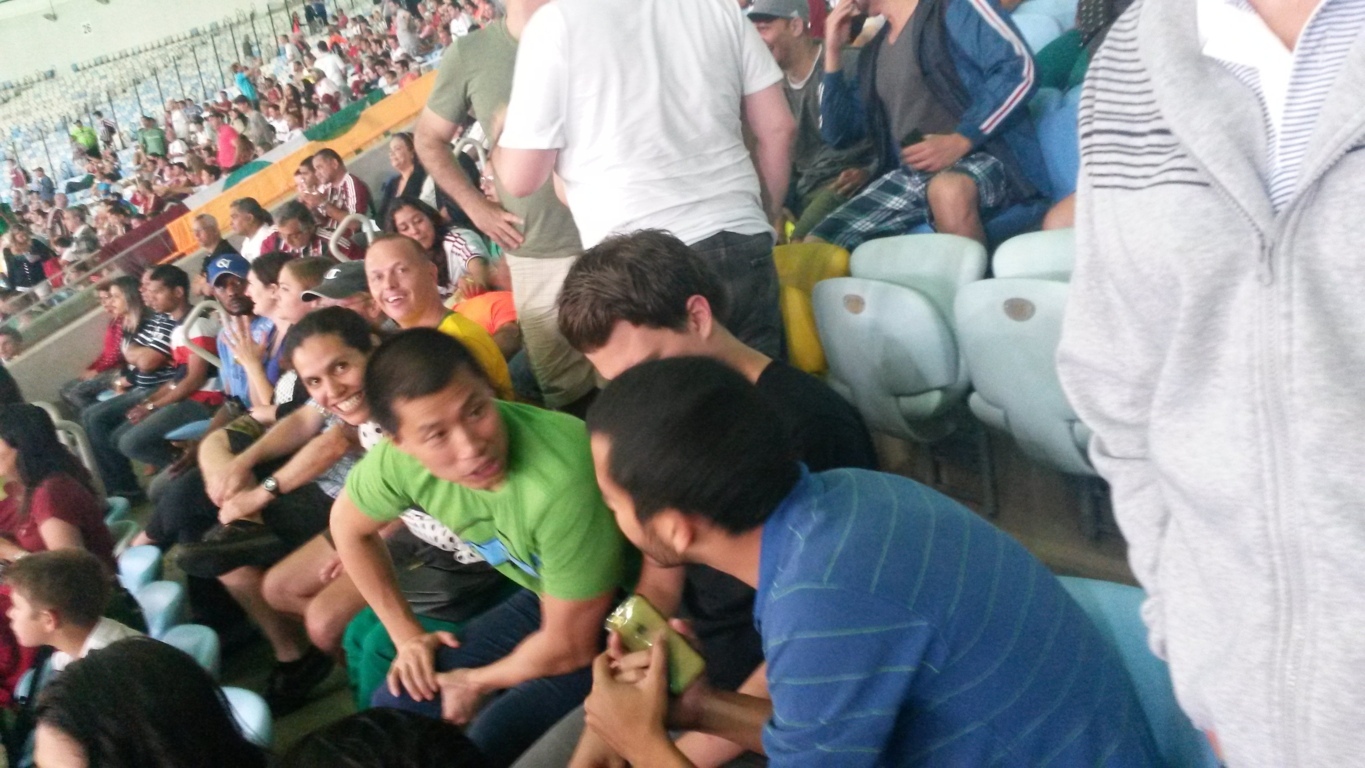 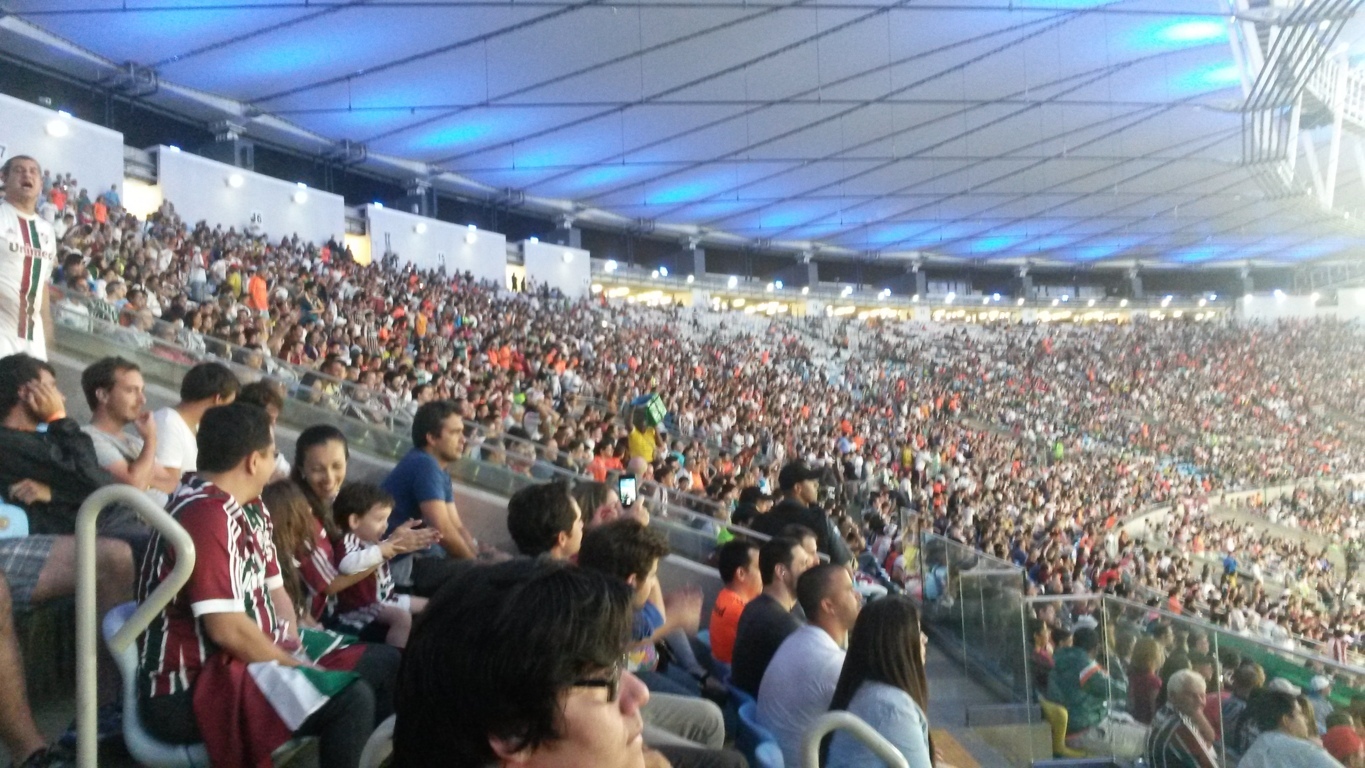 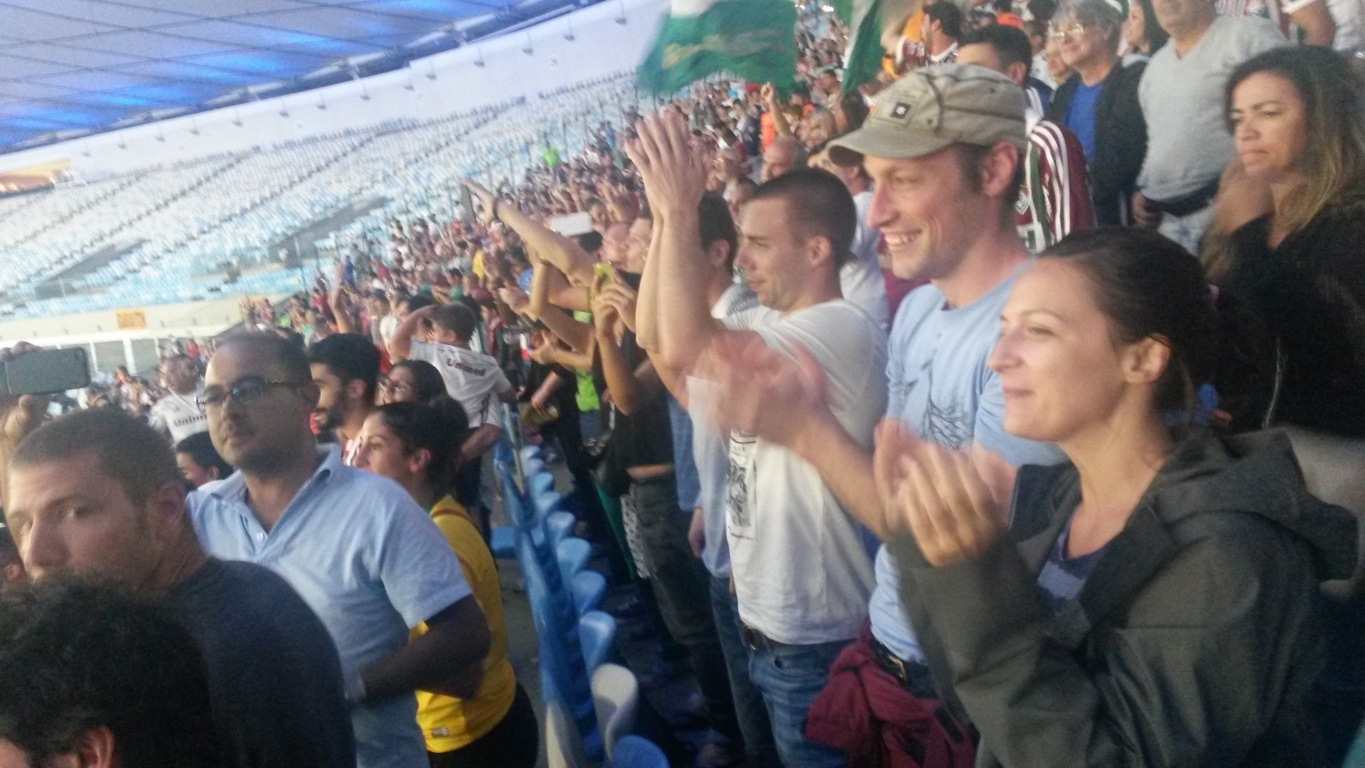 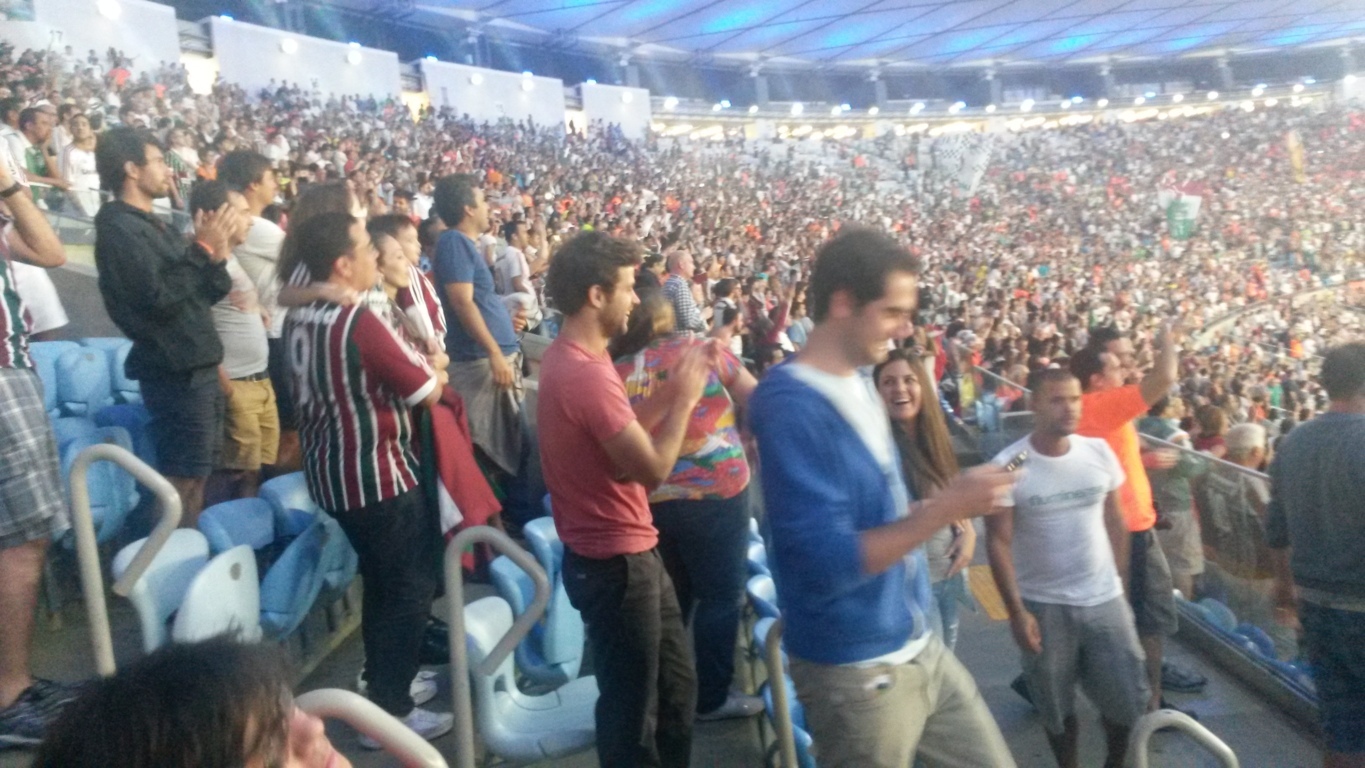 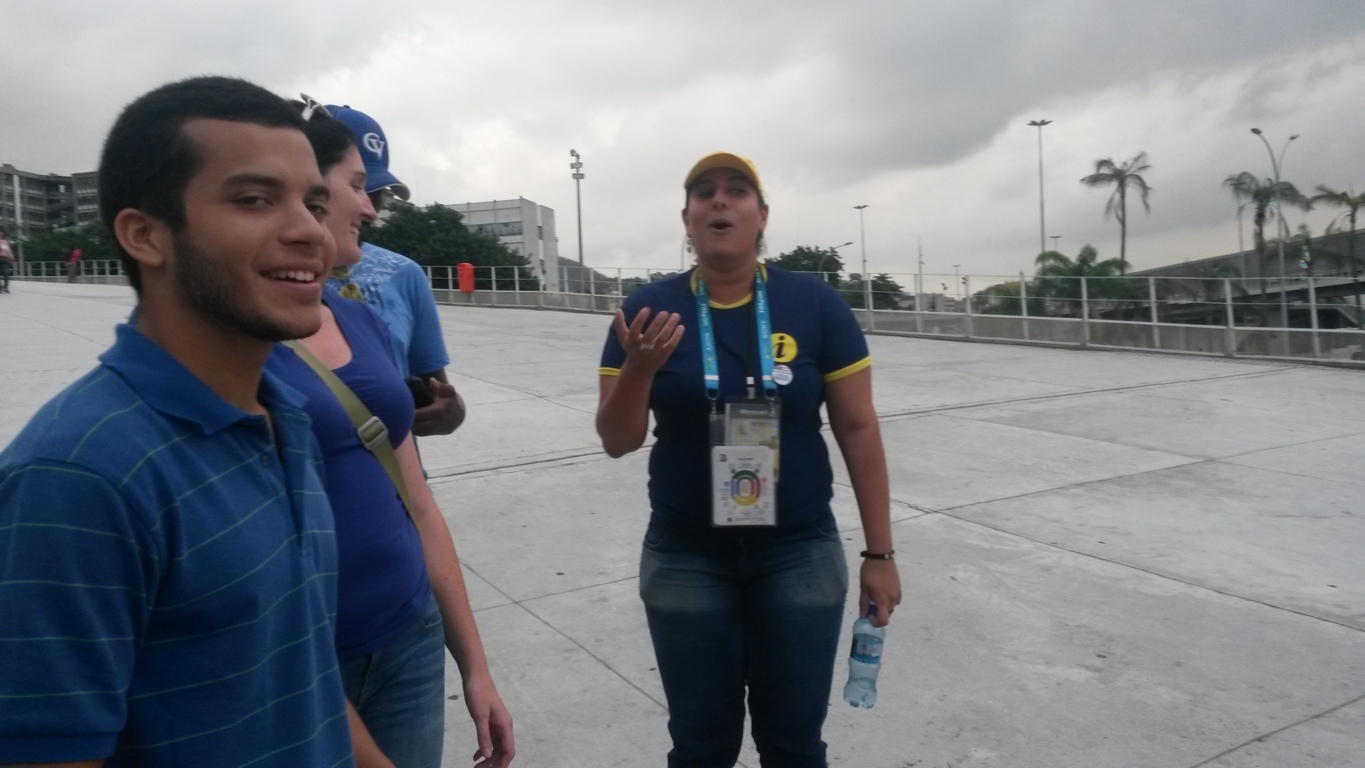