Even that it is a beautiful place, Parque da Catacumba is not so especial in a city plenty of beautiful parks and vegetation as Rio de Janeiro, but it has at the top of the park two spectacular views of Lagoa with Cristo Redentor at the top.

We went up to the park with our students from US and Slovakia and after a nice workout we arrived at the top where the views were like that:

Our students got very happy and we just stand for a while looking the views from the two miradors that we enjoyed. We had lots of fun as we did lots of photos in a Brazilian way 😉

We went down to refresh ourselves with a nice and healthy Água de Coco just in front of Lagoa Rodrigo de Freitas. We sat down on the grass with our coconuts and we talked Portuguese for around 20 minutes.

After that we rented a bike and we circled the more than seven and a half kilometers that Lagoa has on diameter, doing different stops to enjoy Lagoa’s different perspectives.

The day was sunny and the sky was amazingly blue, without any cloud. Everything was perfect. To visit Parque da Catacumba and Lagoa Rodrigo de Freitas with Rio & Learn is a perfect way to practice your Portuguese.

See below some other pictures of our RioLIVE! 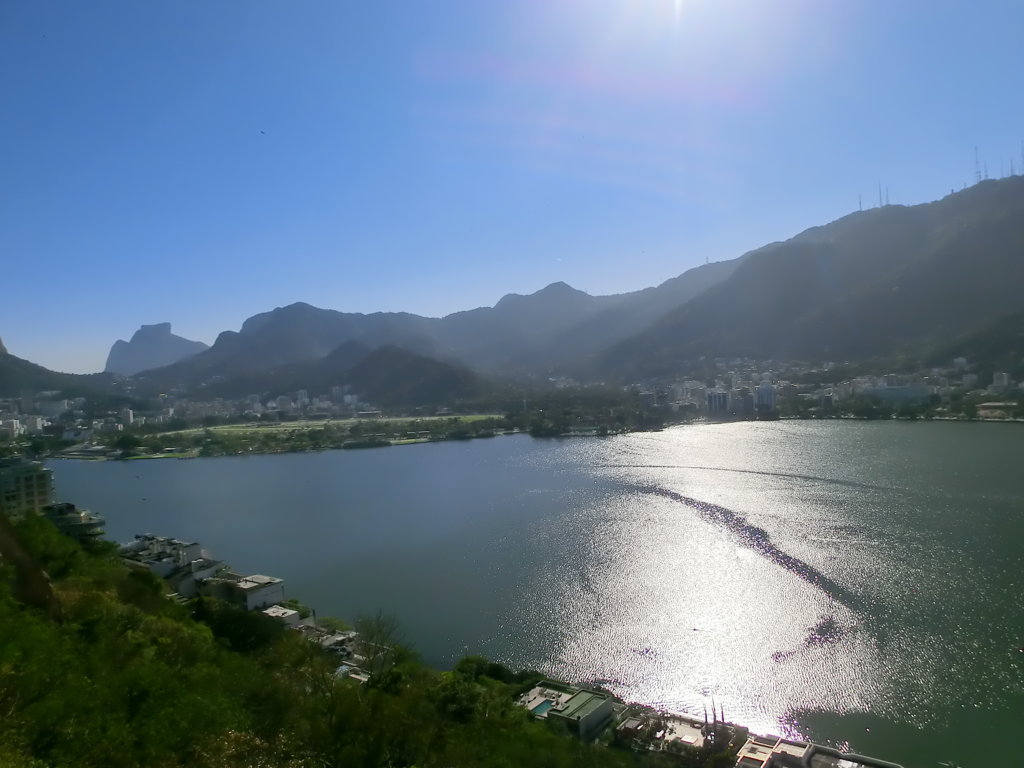 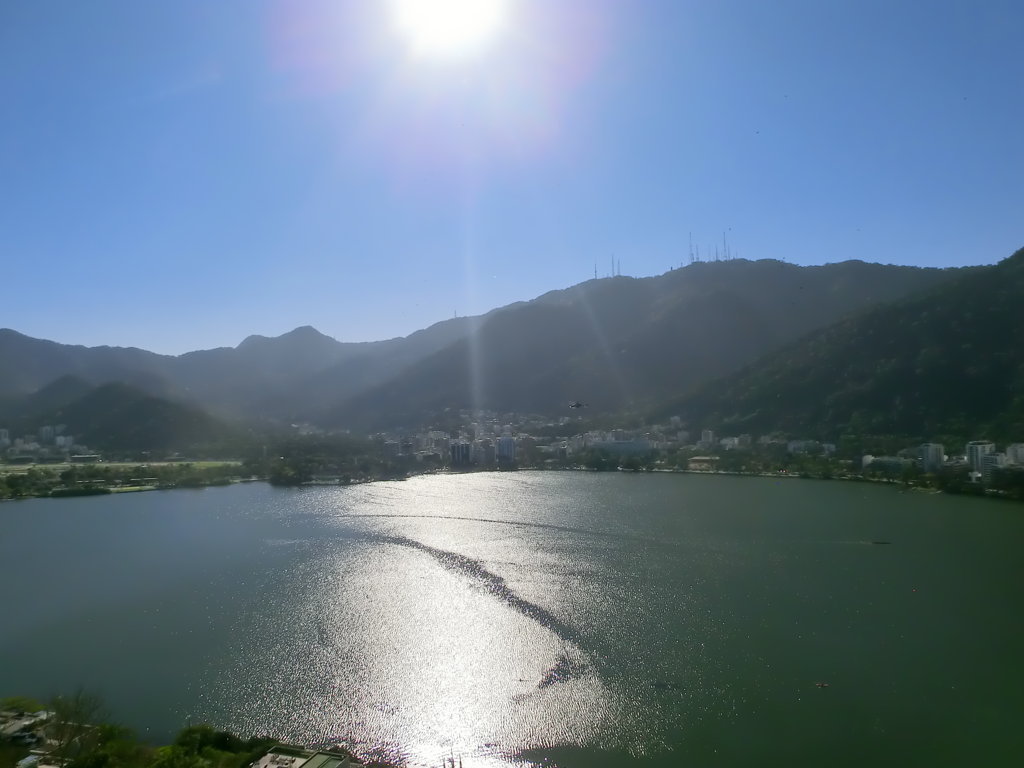 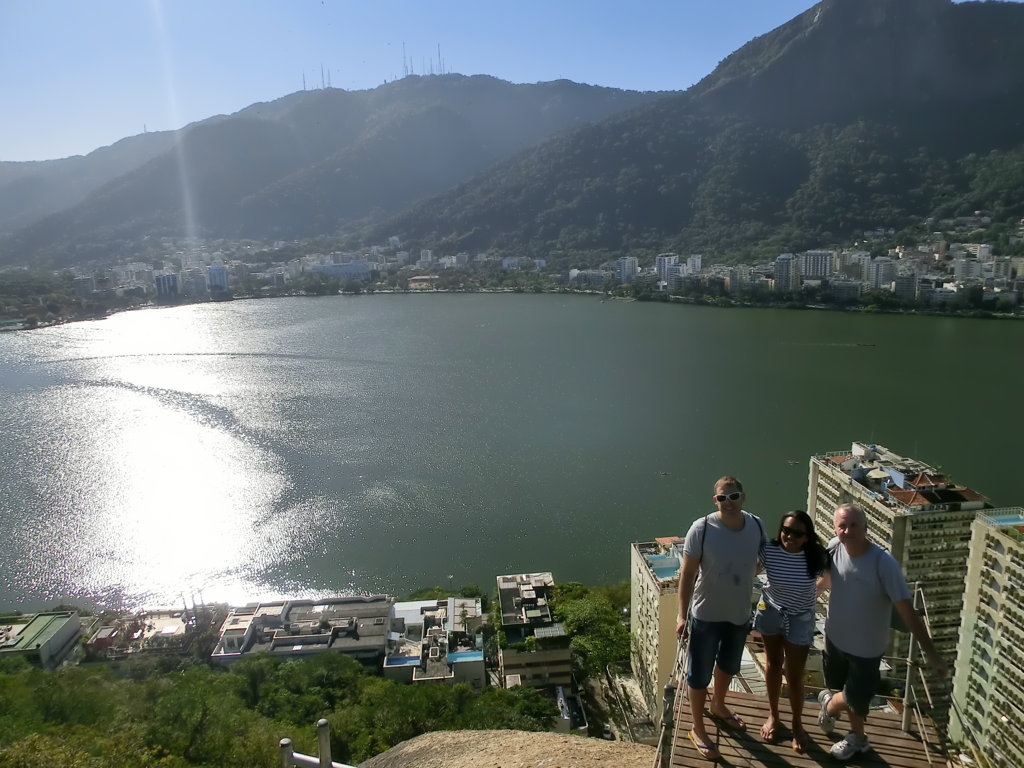 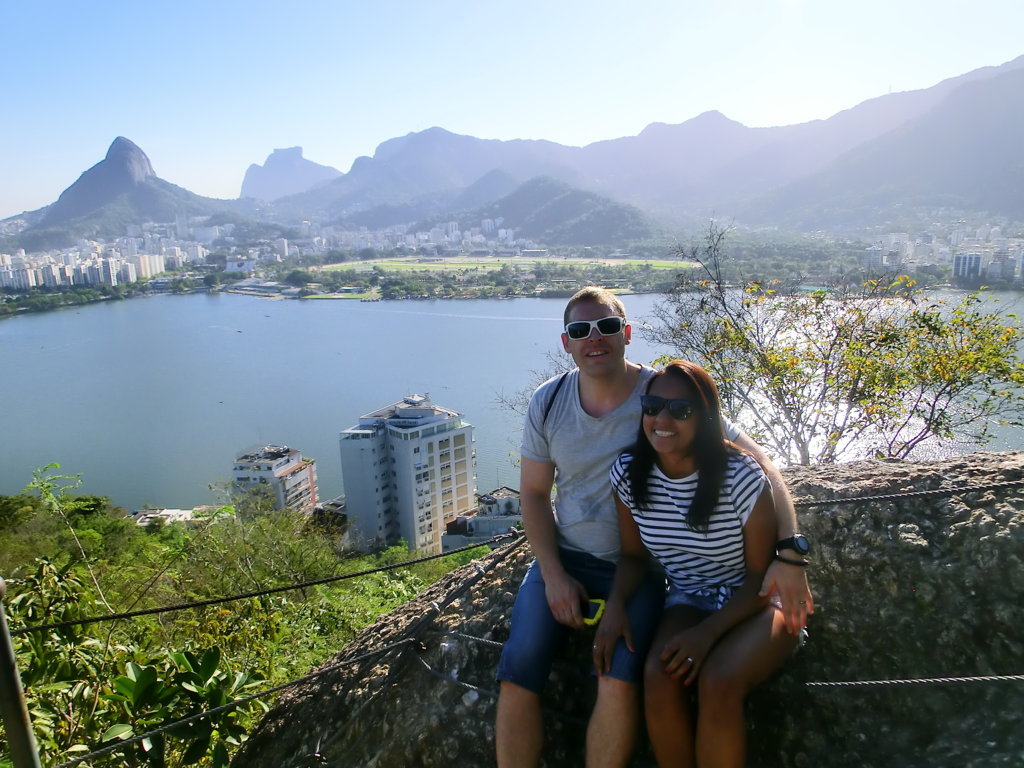 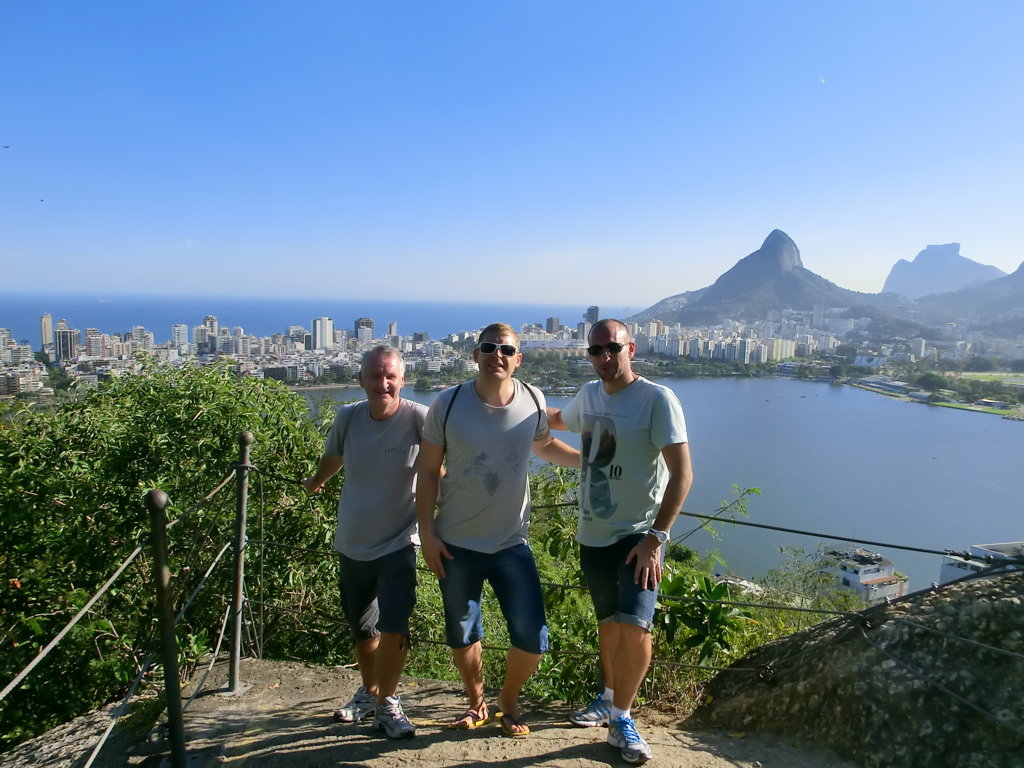 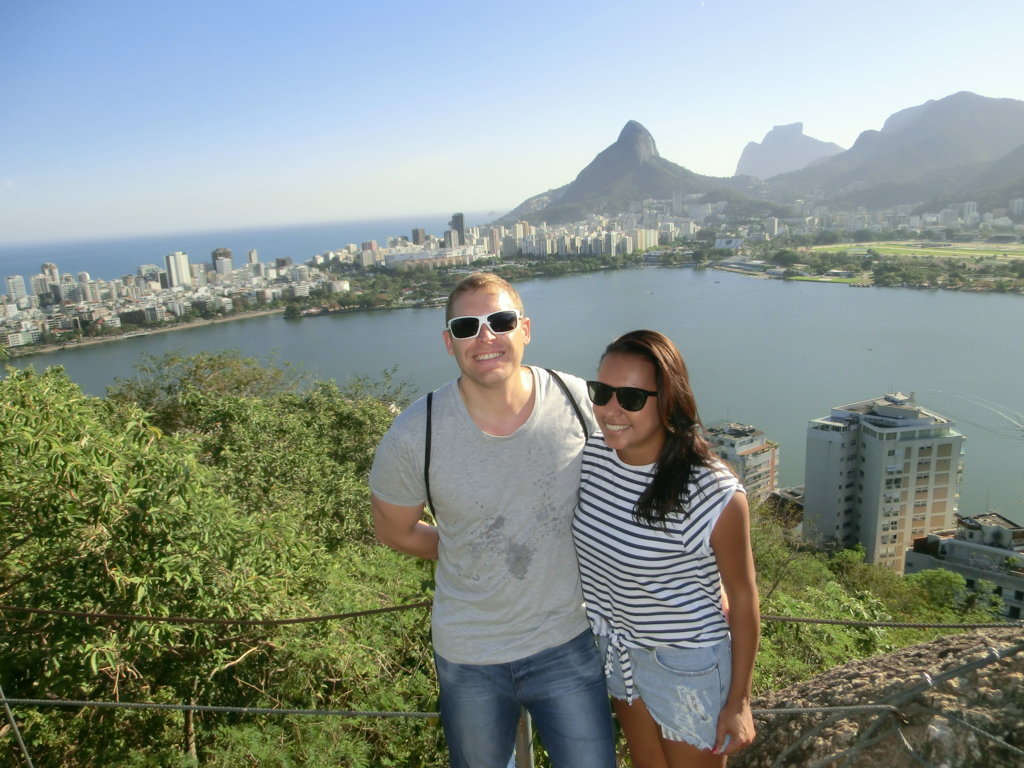 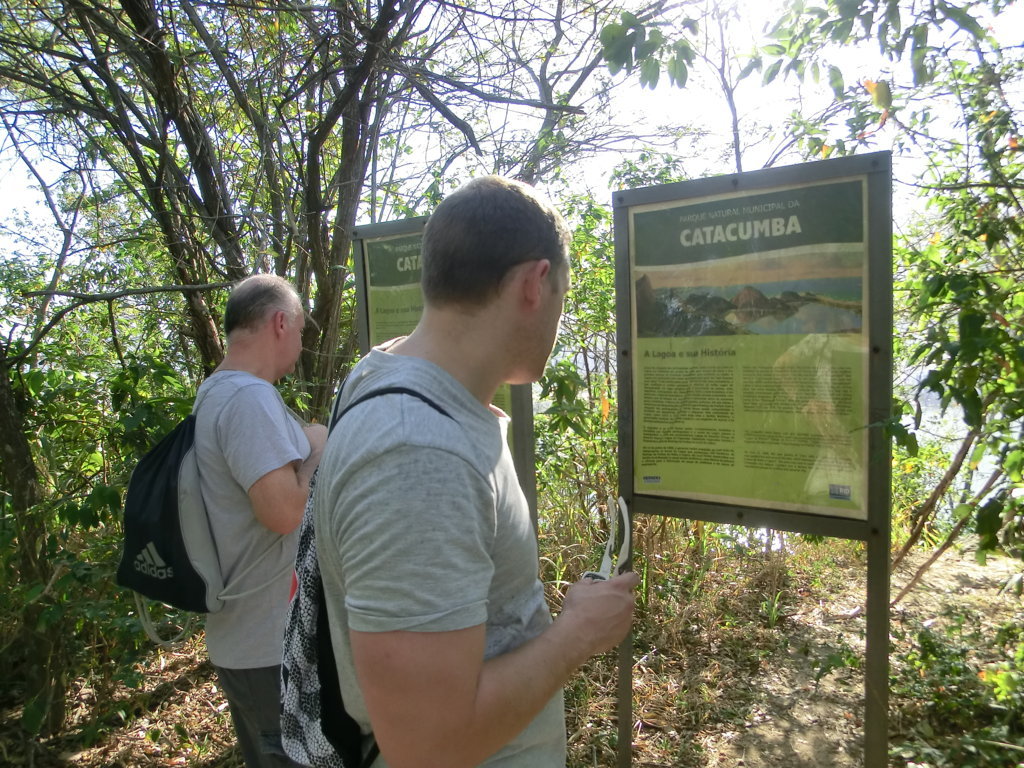 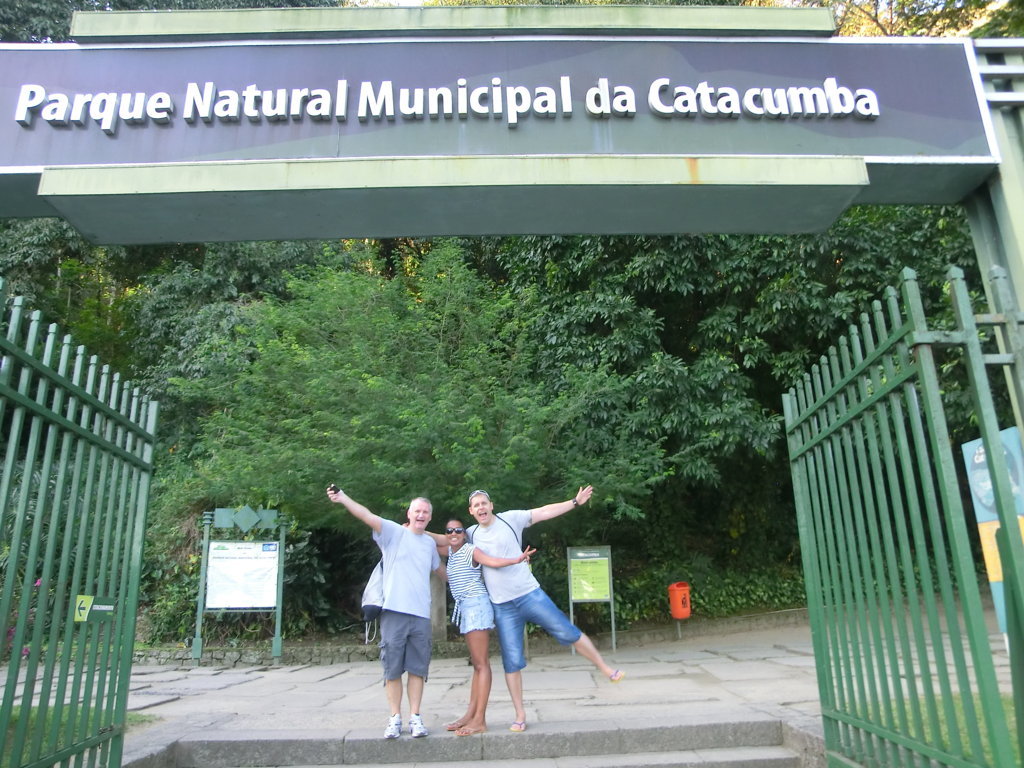 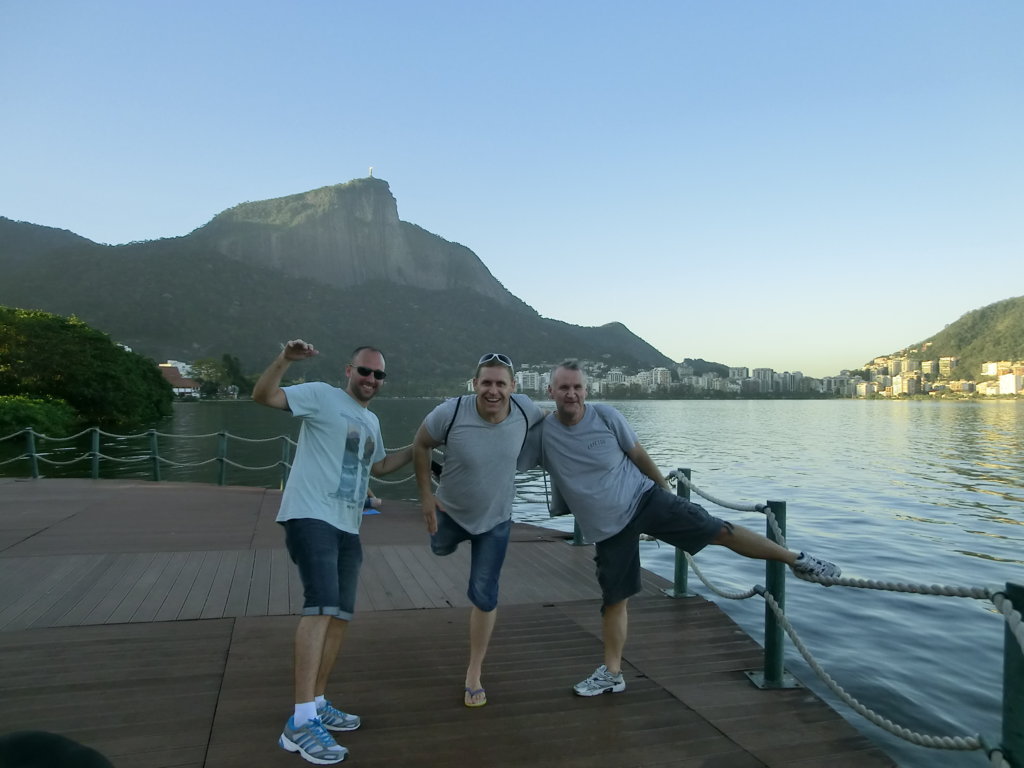 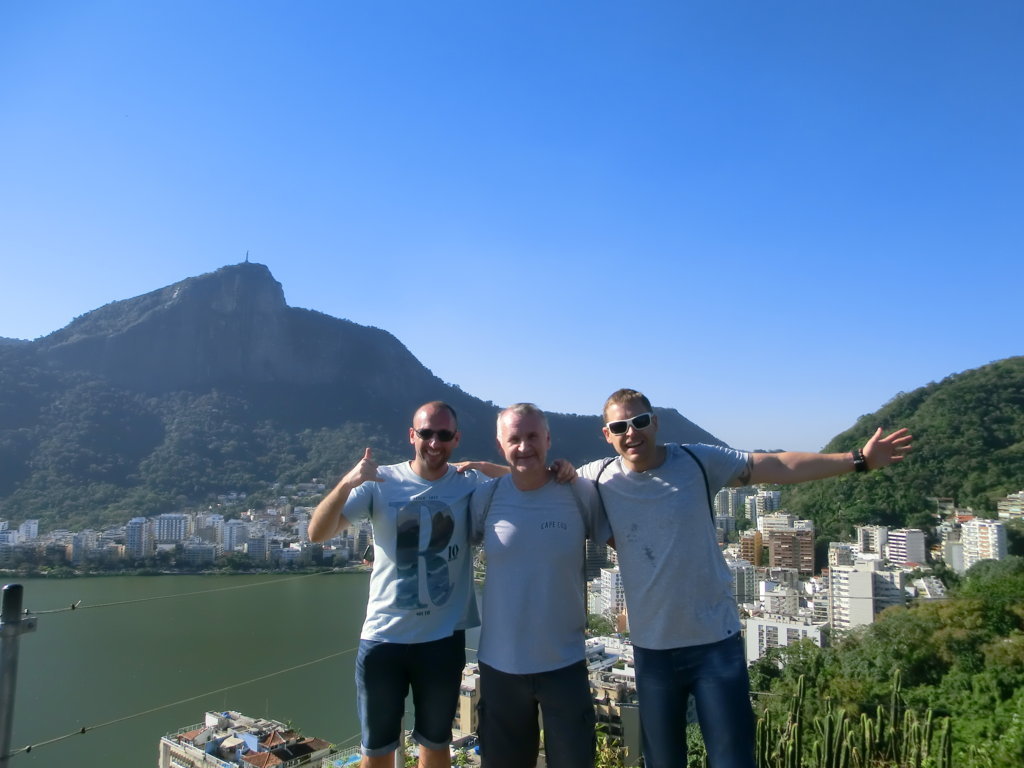 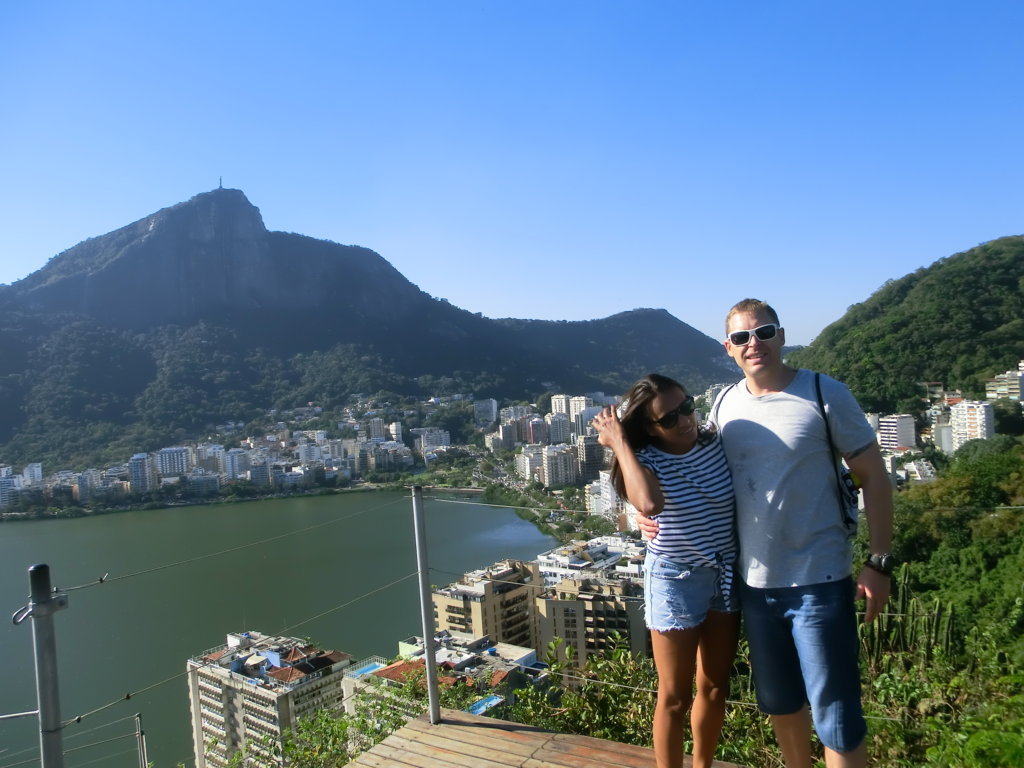 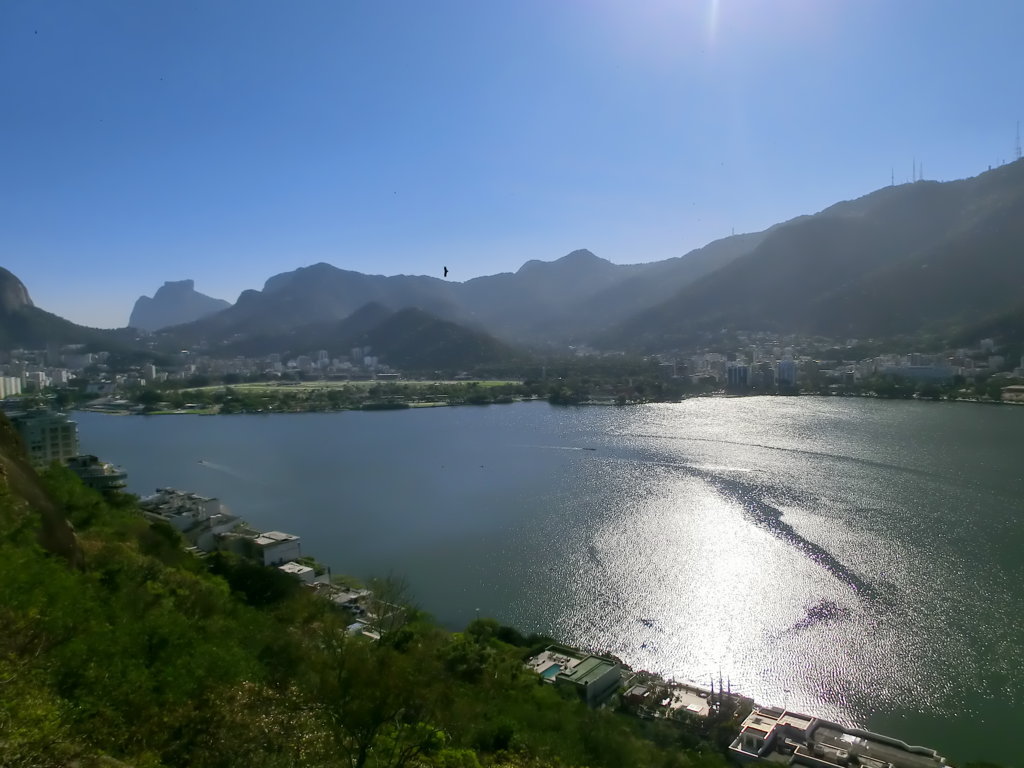