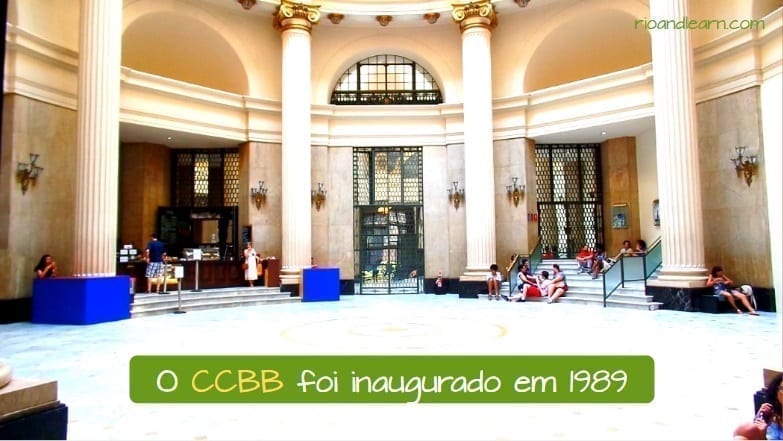 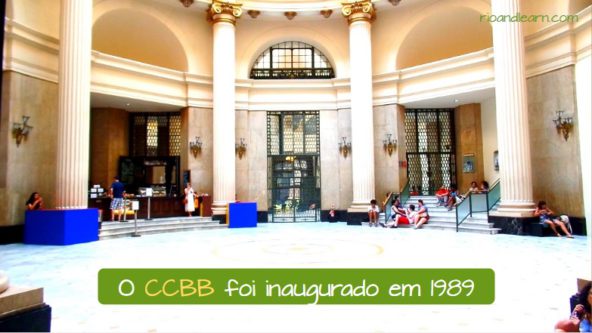 Do you believe that the place in the picture was once a bank?
So, let’s get to know the CCBB in Rio de Janeiro.

The project was hard, but the bank managed to preserve the original structure of the building and restore the columns, decorations and small details of the construction. In 1989, CCBB was finally opened as a Cultural Center. And that’s what CCBB stands for: Centro Cultural Banco do Brasil (Bank of Brazil Cultural Center).

It’s one of the most important cultural centers in Rio, where you can find, movies, theater, music, and different exhibitions either for a cheaper price or for free. Check out the cultural schedule.

Do you have anything like it in your country?
If you’re willing to visit CCBB in Rio de Janeiro someday, come with us on our Rio Centro Walking Tour RioLIVE!

We’ll be waiting for you!
Bye!