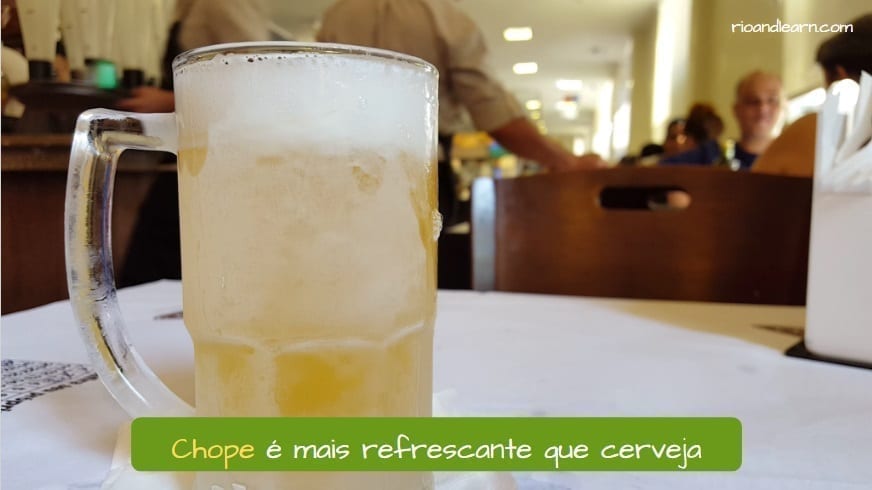 Hello, everyone!
Today our Dica is about Chope beer in Brazil! Do you know what is a chope?

Chope is how we call draft beer in Brazil. It’s different from the bottle of beer as the waiter serves it from the machine.

That’s it guys! Really simple, isn’t it?
You can learn much more about beer in Brazil with our Dicas about the History of Beer and Popular beers from Brazil. And if you have a nice picture drinking a beer in Brazil, post it on Instagram with the hashtag #amorioandlearn. The best picture wins a 1 hour private class.

Hope to see you on the next Dica and let’s have a chope!
Bye bye!

Click in the links below to see more related Dicas
Drinks at Restaurants
What does Gelada mean?
History of Beer in Brazil
Popular beers from Brazil
Tomar x Beber in Portuguese