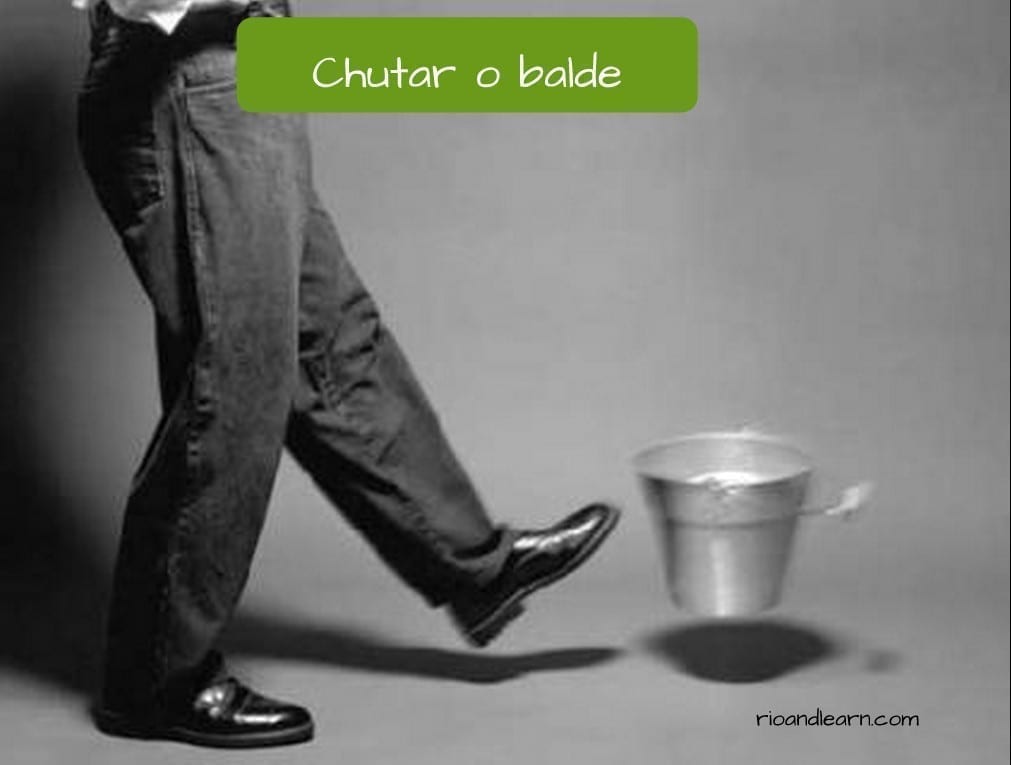 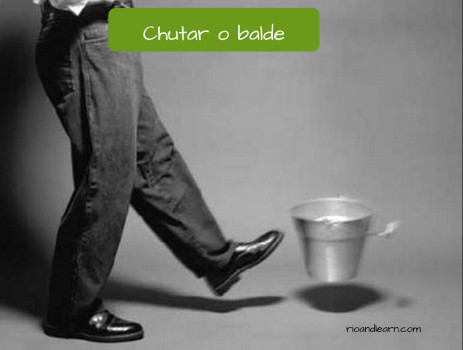 Hey guys! In Brazil, we use many idioms, and so, today in our Dica, we will be explaining the expression: Chutar o balde.

Chutar o balde is a popular expression used in the Portuguese language. It is usually employed to express the following; -to lose control, -to give up on everything or to allow something as a response to an angry feeling

This expression can also be used to signify the act of losing calmness, patience or to get miserable or angry. It can be interpreted as an unsustainable condition when someone gets to the limit of being tolerant as it relates to a specific situation and ‘explodes’, showing all the frustrations and anger among other feelings that were being held inside.

The literal translation of Chutar o balde in English is to kick the bucket. However, this idiom has a different meaning for English natives. When a given expression is characteristic of a language, its meaning may be altered when the phrase is translated to other languages.

In English, kick the bucket (chutar o balde) is used as a euphemism for death as if you were to say ‘bater as botas’ou ‘esticar as canelas’ which are other expressions used by brazillians.

Situations in which it is used

Não aguento mais o meu casamento, chutei o balde.
I am no longer able to cope with my marriage, I give up.

Não aguento mais estudar, vou chutar o balde.
I can’t bother to study anymore; I am going to give up.

Minha empresa está no vermelho, vou chutar o balde.
My company is at risk; I am going to give it up.

We hope that you guys liked learning about one of the idiomatic expressions that we use in Brazil.
See you in the next Dica!