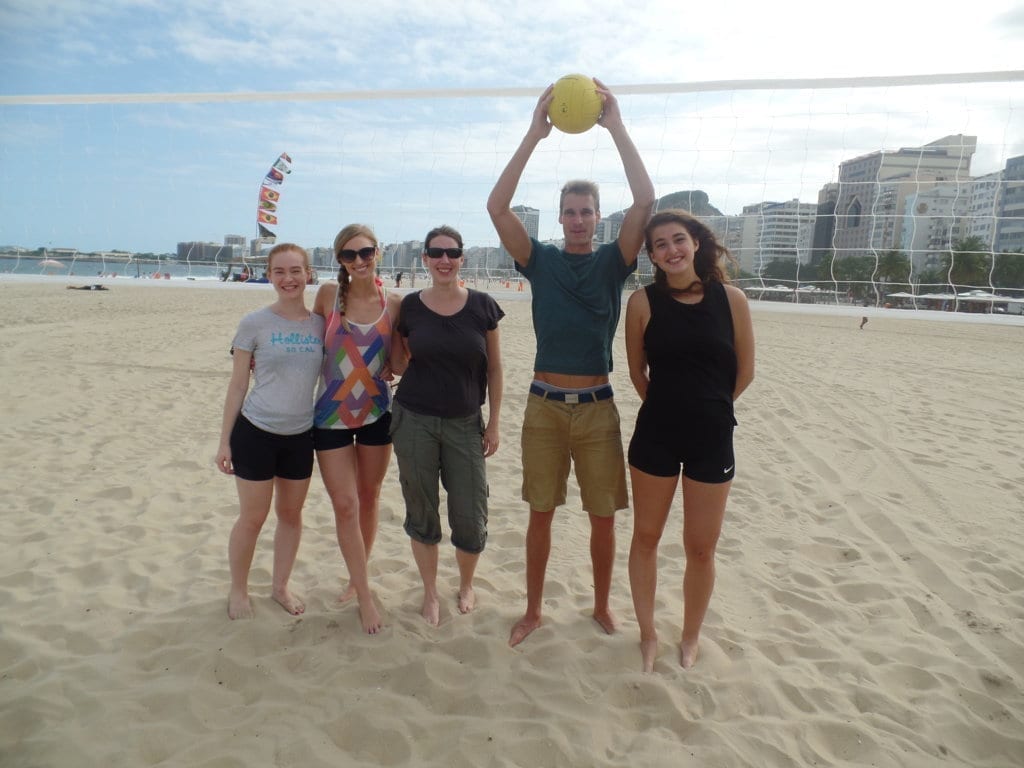 After class, a group of us students made our way to Copacabana beach across the street to play a little beach volley.  Despite the strong wind and clouds, we were able to set up the net and get a good rally going!  We had an awesome time and laughed the entire time (I think are Portuguese is better than our beach volley skills!).  It is activities like this that really make Rio & Learn special.  We are able to practice our Portuguese in a relaxed and fun environment and also get the opportunity to try new things with our fellow students in Rio de Janeiro.

Last Tuesday we had clouds and volley. Even with the cloudy weather our Portuguese students took the challenge of speaking Portuguese at Praia de Copacabana and they were rewarded because  the sun appeared sometimes.

It was a very funny afternoon with total interaction among the students. We split up in two different teams and the matches started. There were three hard sets where the students spoke Portuguese and  had a great time. Besides that, they could learn new vocabulary, mainly of beach volley. Even with the clouds, our RioLIVE! was really successful.
Come you too to know Rio & Learn, study Portuguese while you have fun with RioLIVE! Activities. 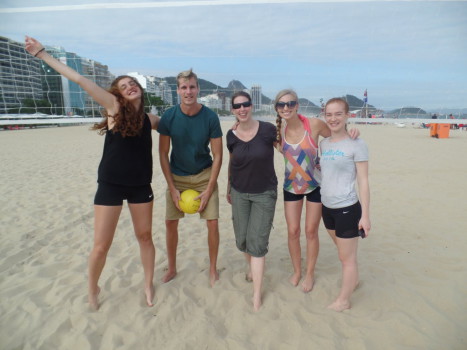 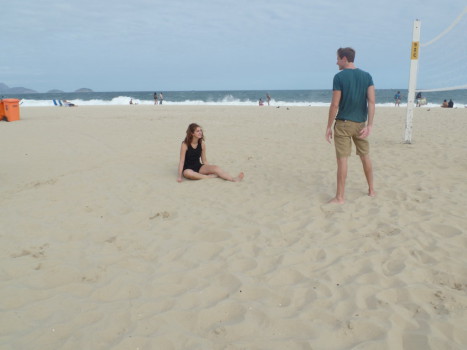 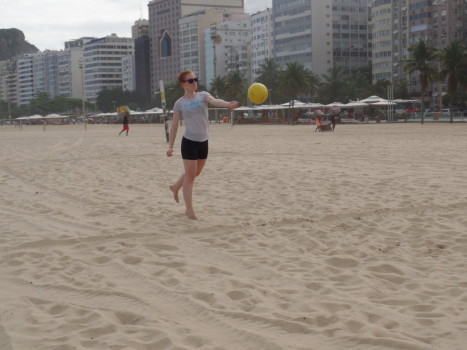 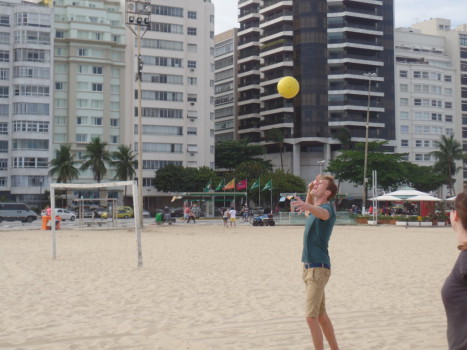 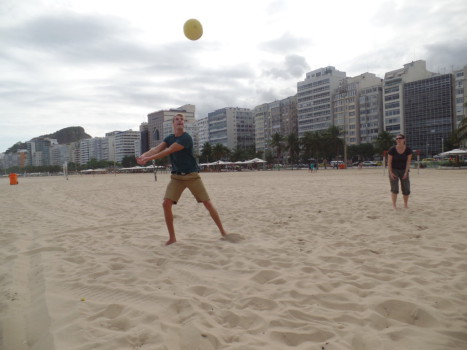 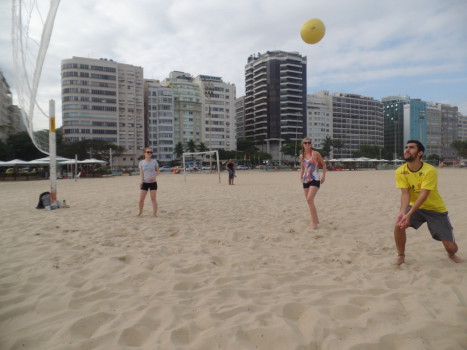 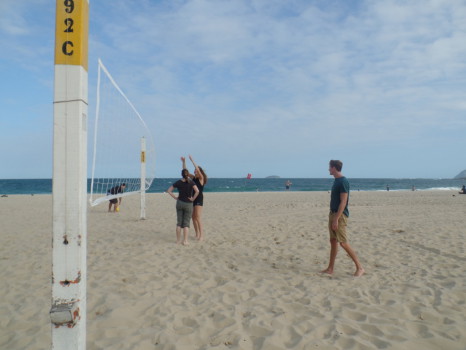 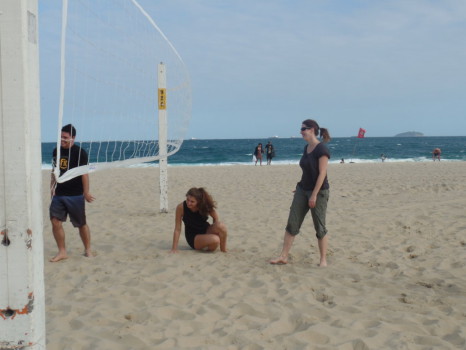 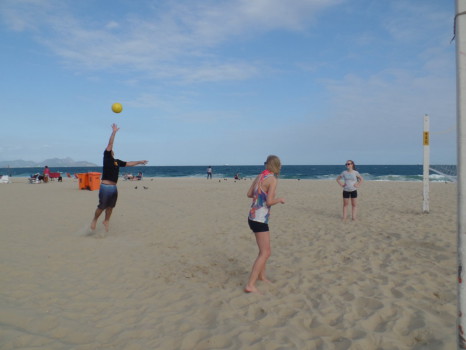 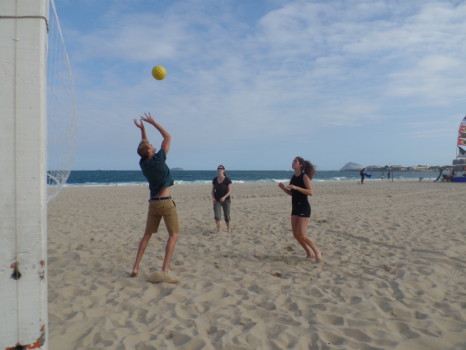 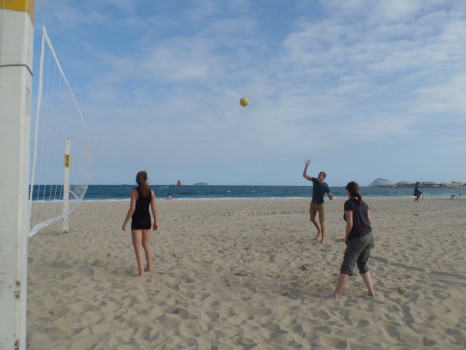 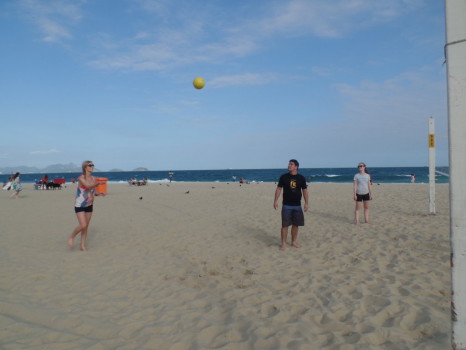 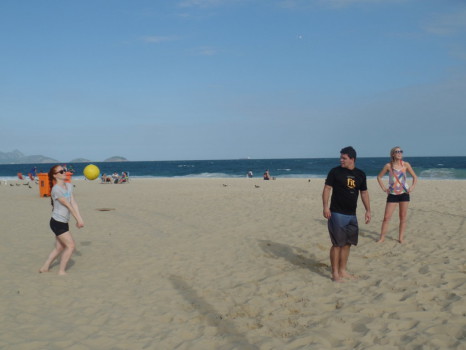 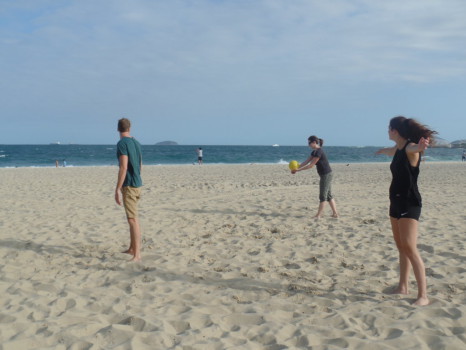