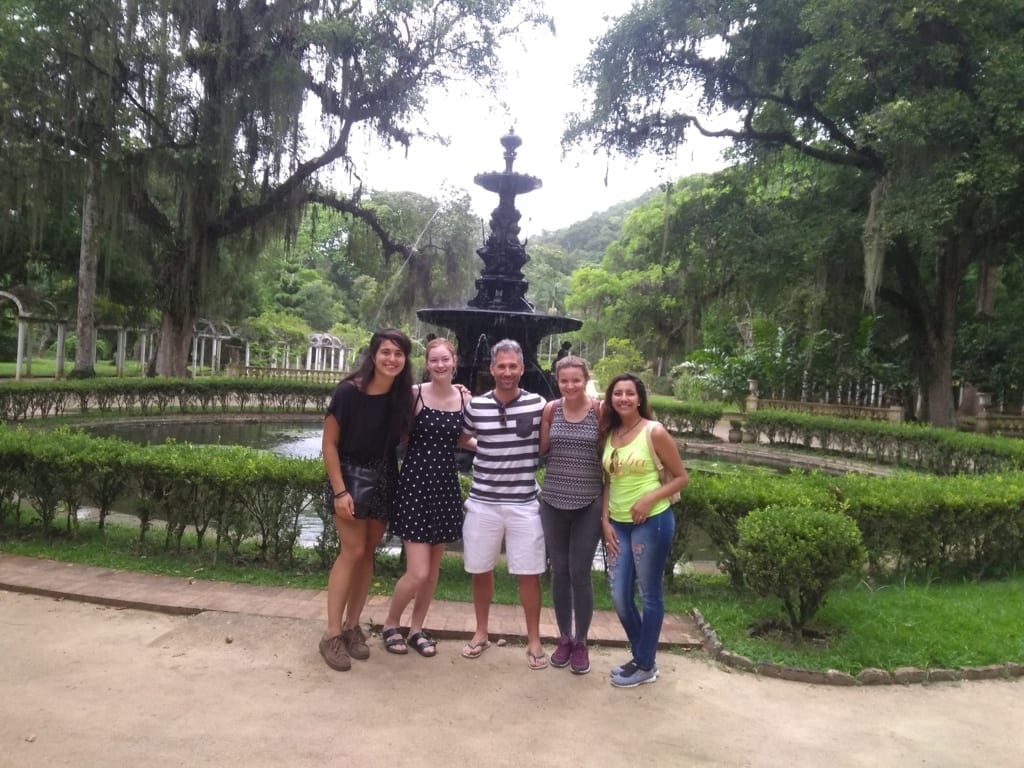 The Botanic Gardens are really beautiful. I have been there before but its always worth going back, so it was nice to go with Rio and learn. It was a lovely experience to walk around and see lots of different tress and plants, and its always fun to hang out with the other students and the teacher.

With this RioLIVE! our Portuguese students visited another a great and famous place In Rio de Janeiro. We visited the cloudy but beautiful Botanical Garden. A place where you can find a mix of landmark and at the same time a good place to relax and to be in contact with nature.

A great chance for them to know one more stop in Rio and get to know each other since everyday there are new students at Rio & Learn.

Even with a gray day and with the rain in the end. It was such a great experience for them. Everybody was happy at cloudy but beautiful Botanical Garden. Come to Rio & Learn and join us in this great Funlearning adventure!

You can see more pictures of our visit at our Facebook page. Check this out: