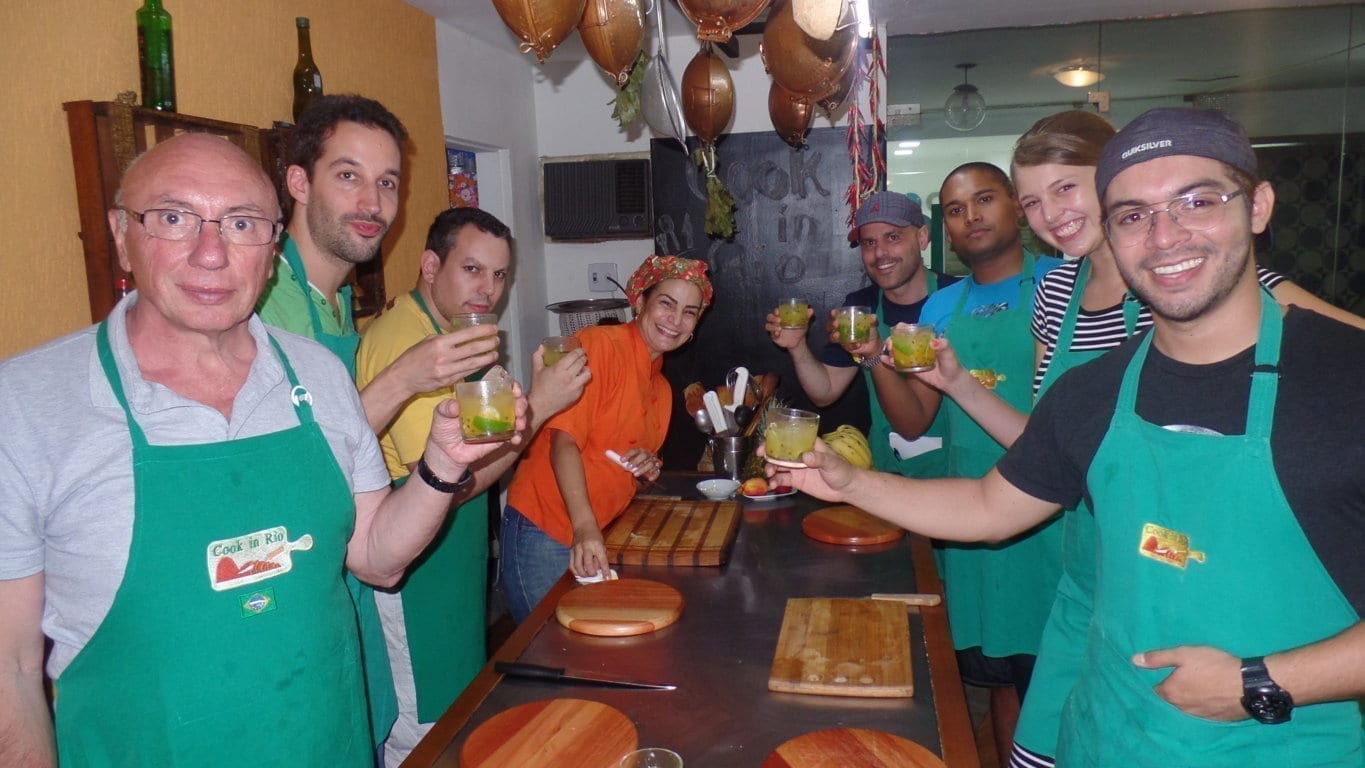 Yesterday we had a wonderful afternoon with chef Simone at Cook in Rio, since we were cooking in Copacabana and the menu was very Brazilian. For the entrée, we had sausage with onions and Coalho cheese with spiced guava jam. On the break between the entrée and the main dish, the students prepared different caipirinhas, like caju and pineapple, for example. The main dish was moqueca with banana farofa, and for dessert we had brigadeiro. Everything was delicious, and it was really fun to spend the afternoon cooking in Copacabana.
Before they started showing their culinary skills, the students took the time to practice their Portuguese asking many questions, and chef Simone spoke a lot about the Brazilian way of cooking. During this relaxing time the students spoke a bit about the traditional dishes in their countries. Everyone had a great time while showing off their cooking skills, and all the time, something new was made for us to snack on. We probably gained ten kilos, but it was worth every spoon full, because the food was amazing!
For us at Rio & Learn and Cook in Rio is very important to show the Brazilian cooking culture to the foreigners, and to be able to practice it while having fun! That being said, our afternoon was just perfect. Now, when our students go back to their countries, they will be able to cook a very Brazilian meal for their friends and family.
Come have fun and see a bit of the Brazilian culture taking part in our RioLIVE! Activities! 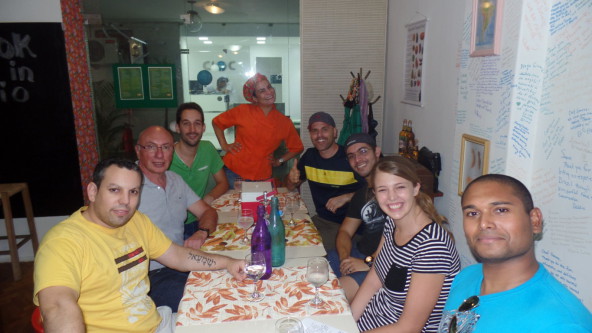 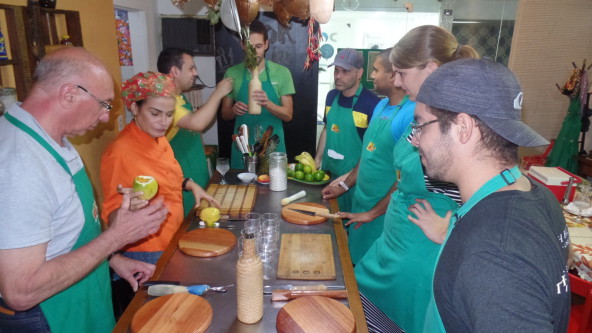 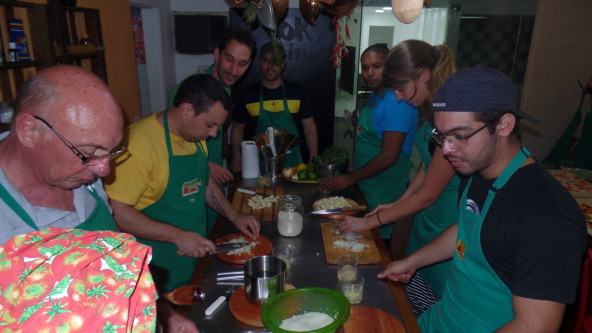 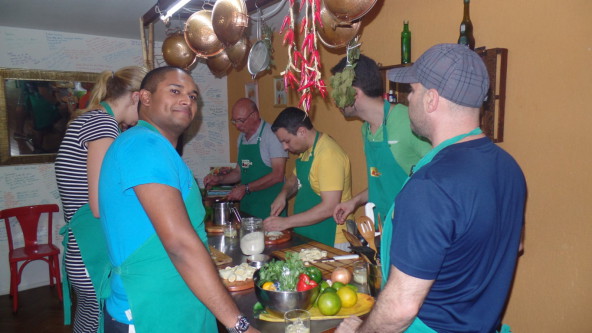 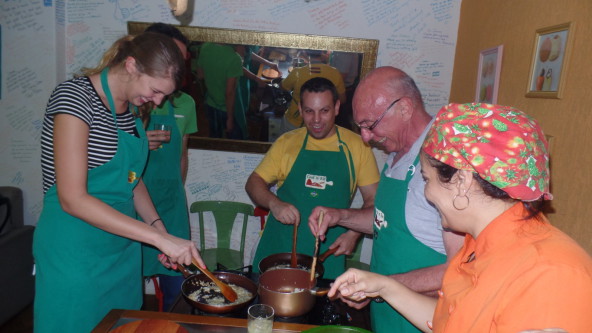 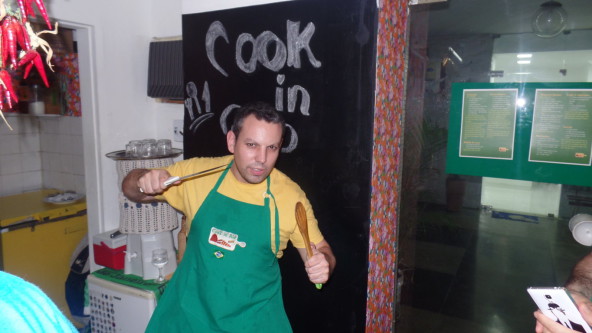 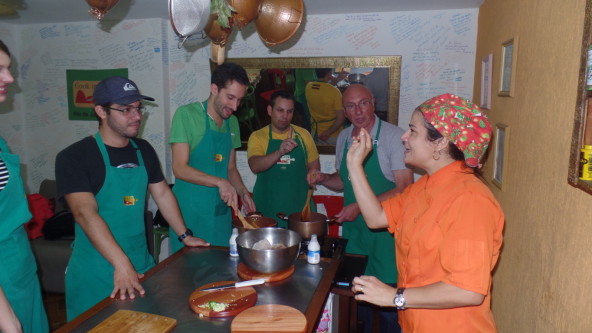 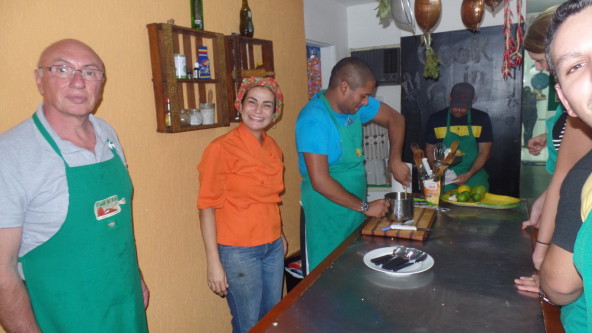 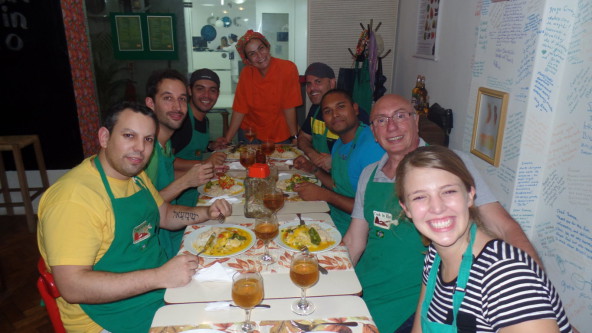