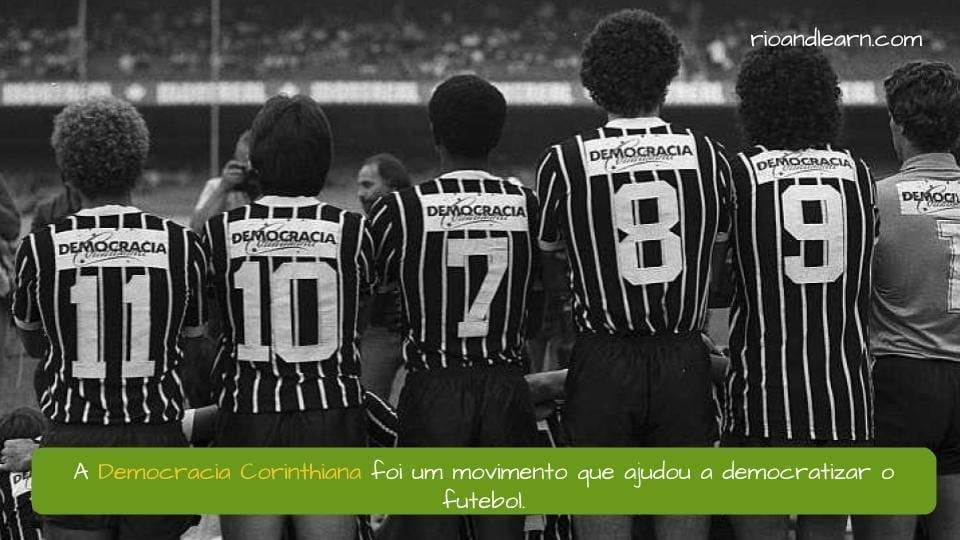 Hi, friends. In our Dica today we will study about the Corinthians Democracy. A movement that helped changing the relationship between the football players and clubs.

About the Corinthians Democracy Movement

Corinthians Democracy was an ideological movement and an innovative way to manage a club, recognized in Brazil as one of the most important actions and the only movement of this nature installed within a football club to this day. At the time, it was established to challenge the military government.

Created during the 80’s, this movement took place at the Brazilian team Sport Club Corinthians Paulista. It had the players Sócrates and Wladimir as leaders.

They fought for things such as freedom of speech on politics inside the club, regulations about hiring players, salary, labor rights etc. This movement was also famous because they joined forces with other movements. For example the movement campaigning for elections in Brazil, as the country had a military government and people didn’t have the right to vote. 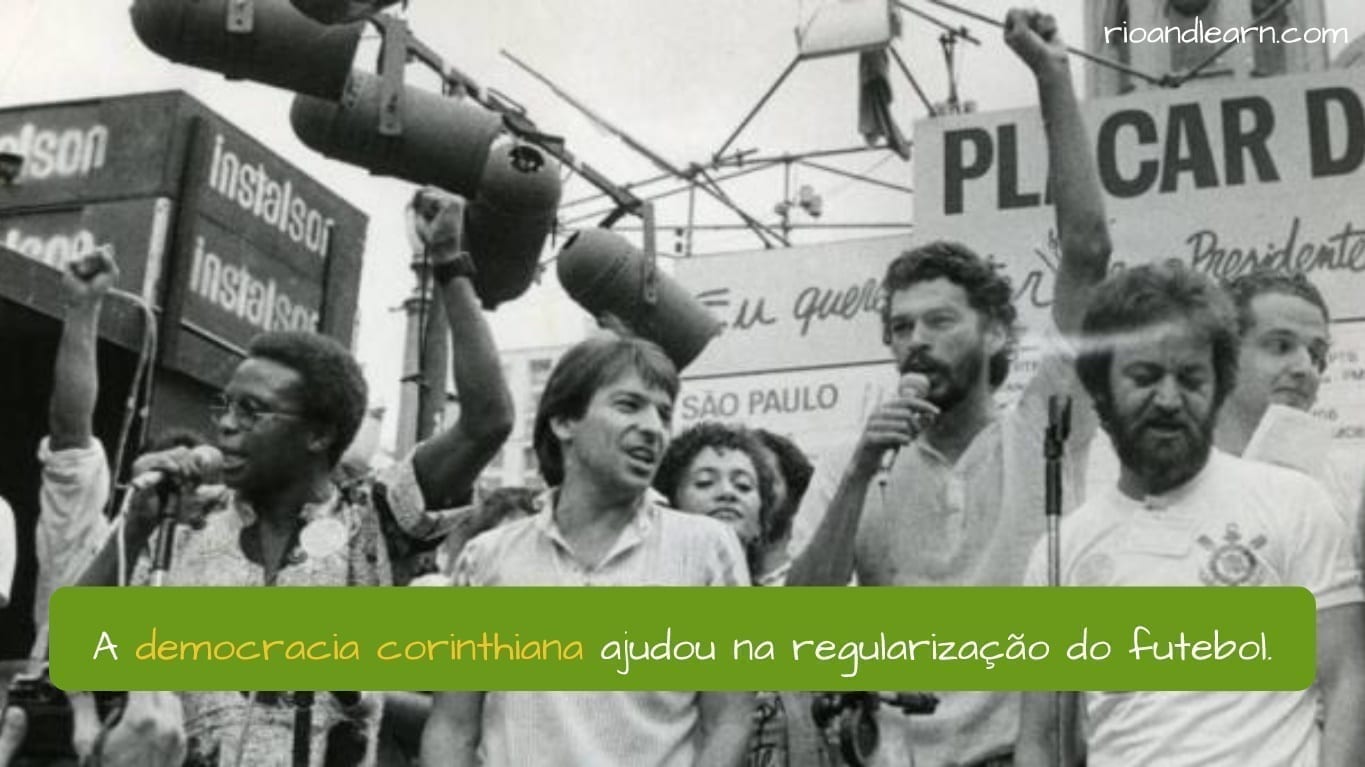 During the years of this movement (1982 – 1984) Corinthians won two state championships. But its importance spread outside the field and got national attention among the movements against the military government in Brazil. They helped to support the movements for the right to vote in Brazil known Diretas já!

Alright? We learned more about this important movement. And you? Had you heard about Corinthians Democracy?

See you, guys!
Hugs from Rio!