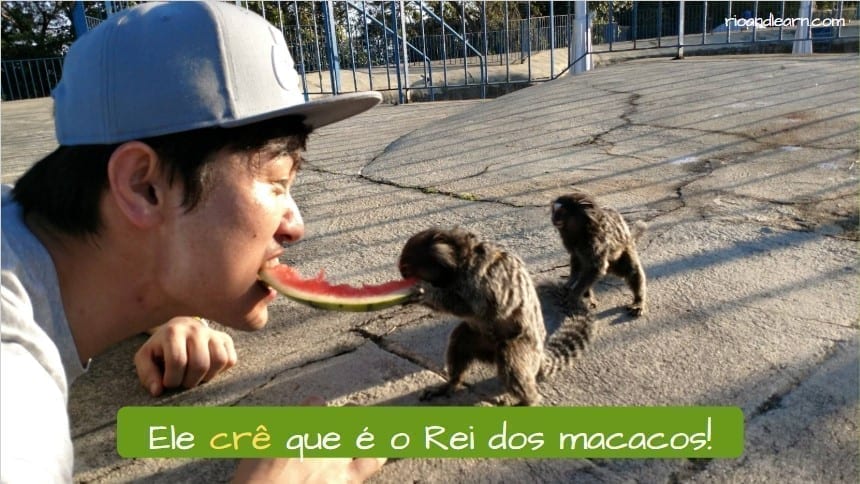 In Portuguese, the verb believe can be used as Acreditar and Crer, and although they are similar, they are used in a different way. Check it out!

We use the verb Acreditar to talk about things we believe, but it’s not as strong as the verb Crer. Take a look:

Eu acredito em você!
I believe in you!

Ninguém acredita no que eu falo.
Nobody believes in what I say.

Now, check the full conjugation of it:

The verb Crer is also used as to believe, but in a really strong way. So strong that in most cases it’s used as a religious belief. Let’s see:

The verb Crer in Portuguese is irregular so let’s see the complete conjugation of it:

Hope you enjoyed this A Dica do Dia. We’ll be waiting for you to come and laugh with us in our classes!