Dancing samba at Pedra do Sal 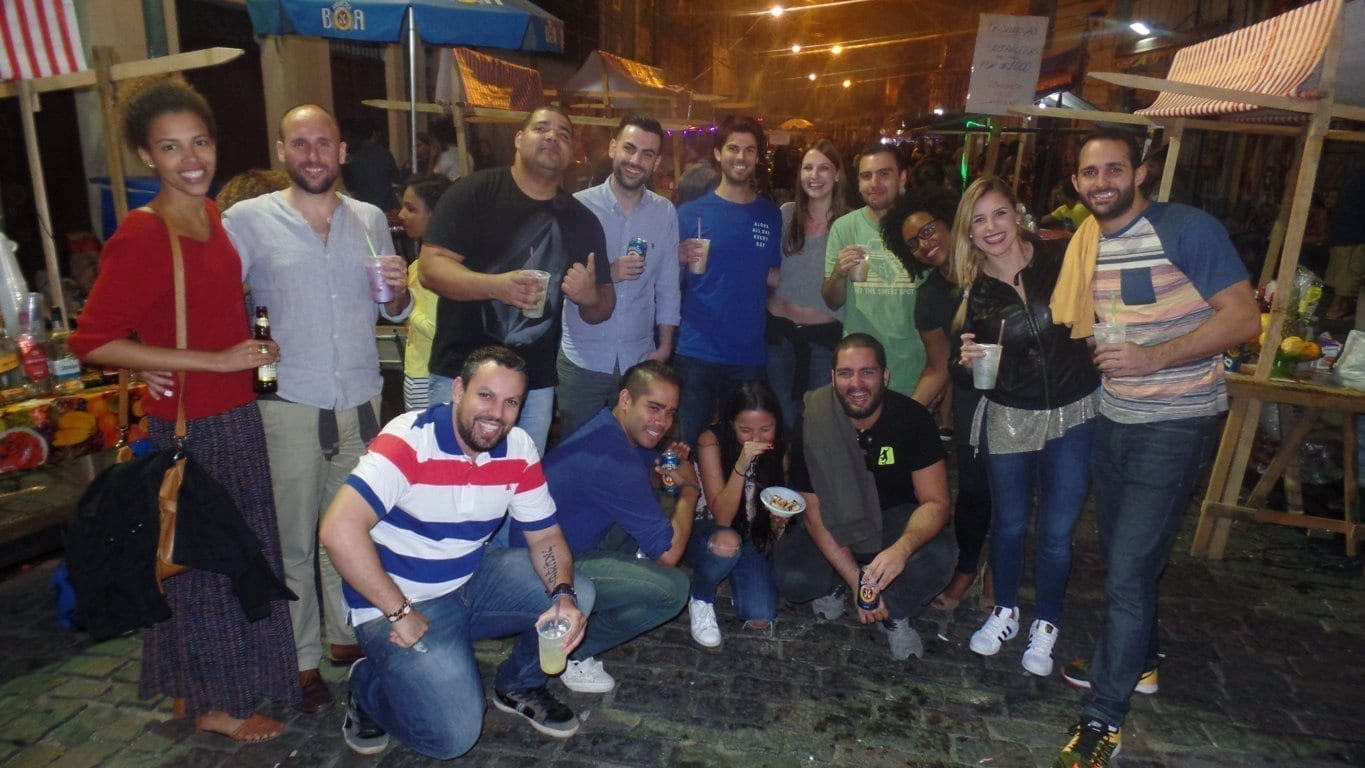 Dancing samba at Pedra do Sal

Last Friday we had a great night dancing samba at Pedra do Sal. This place, which is the meeting point for the cariocas, has a lot of history and it is considered by many as the place where samba was born. This RioLIVE! was expected by the older students, since we had to cancel this activity four times this year, due to the rain, since the place is outdoors. We were really excited to practice our Portuguese with the cariocas in an extremely informal environment. When we got to Pedra do Sal, the students felt a very different vibe from all the other places they had been before. If you like samba, there is really no better place to be.
Before we tried to samba, we had to have the “courage fuel”, which in this case was caipirinha. We gathered at a drink stand and the students had to convince the bartender to give them a discount, which was an amazing way to practice Portuguese. All of us had a great time at the Roda de Samba, and soon after, created our own, where everyone had to try and risk some samba steps. This time the RioLIVE! was complete, because besides the students, the teachers, the activities coordinator and the director of the school were also there to spend the night dancing samba at Pedra do Sal with them. Great combination: Rio & Learn, Pedra do Sal, caipirinha and samba.
Come have fun with us taking part in our RioLIVE! Activities. 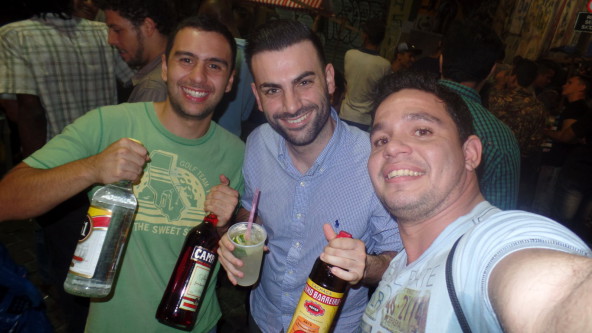 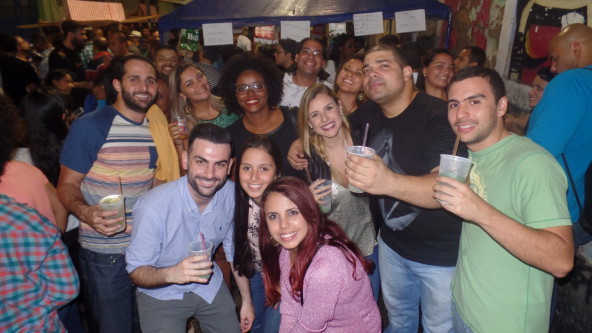 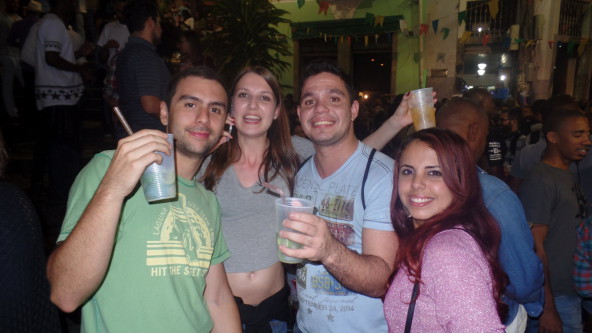 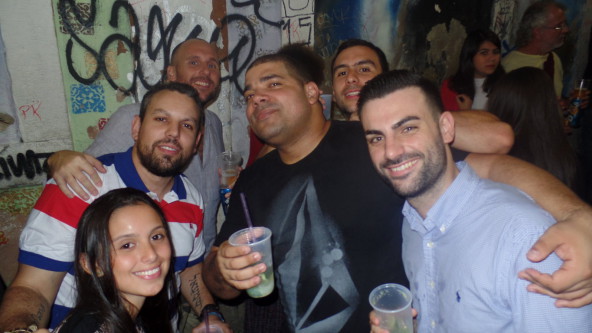 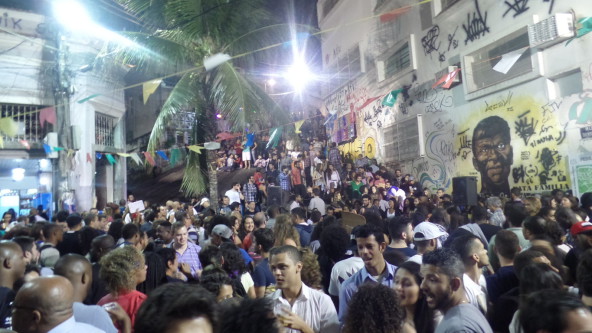 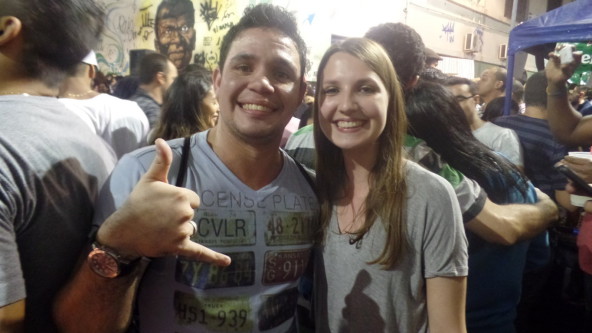 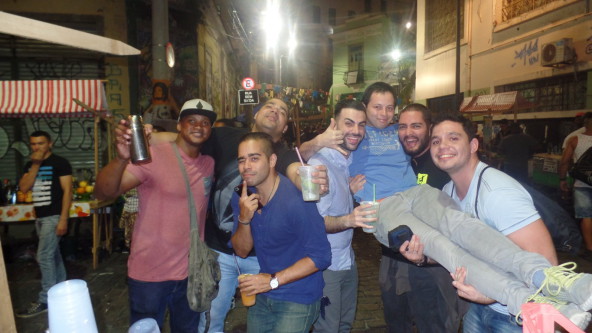 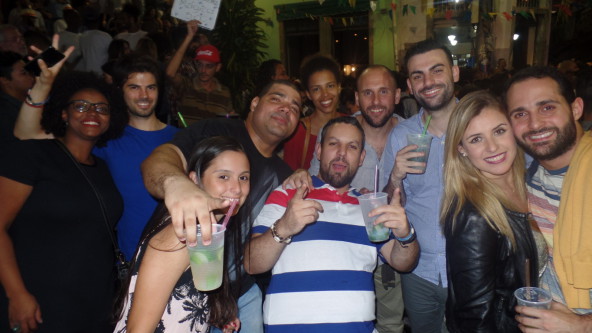 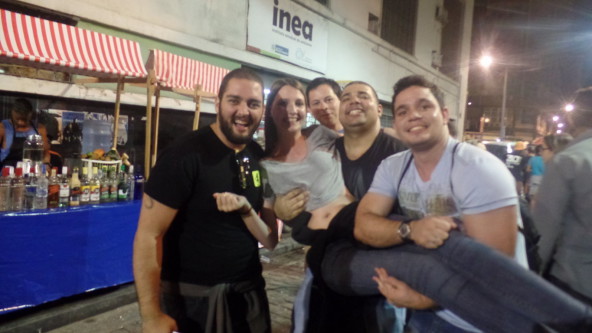 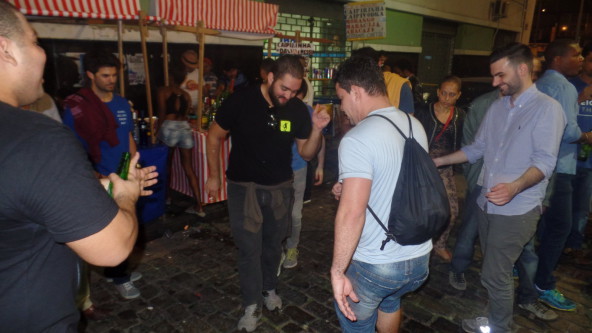 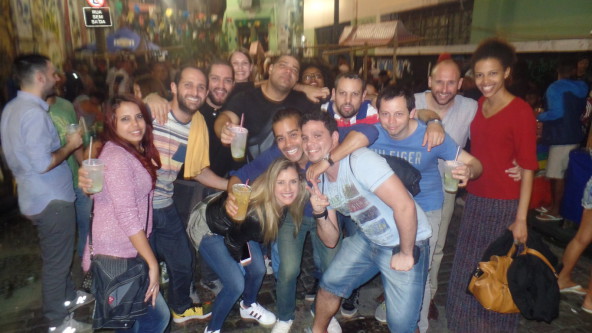 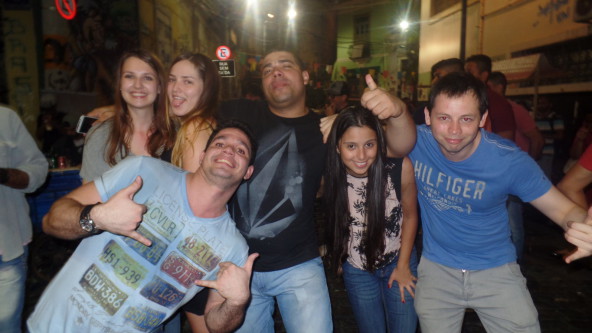 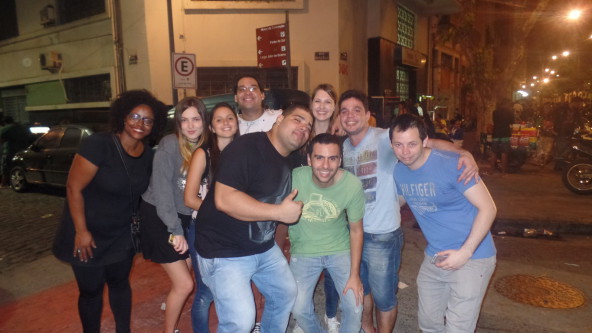