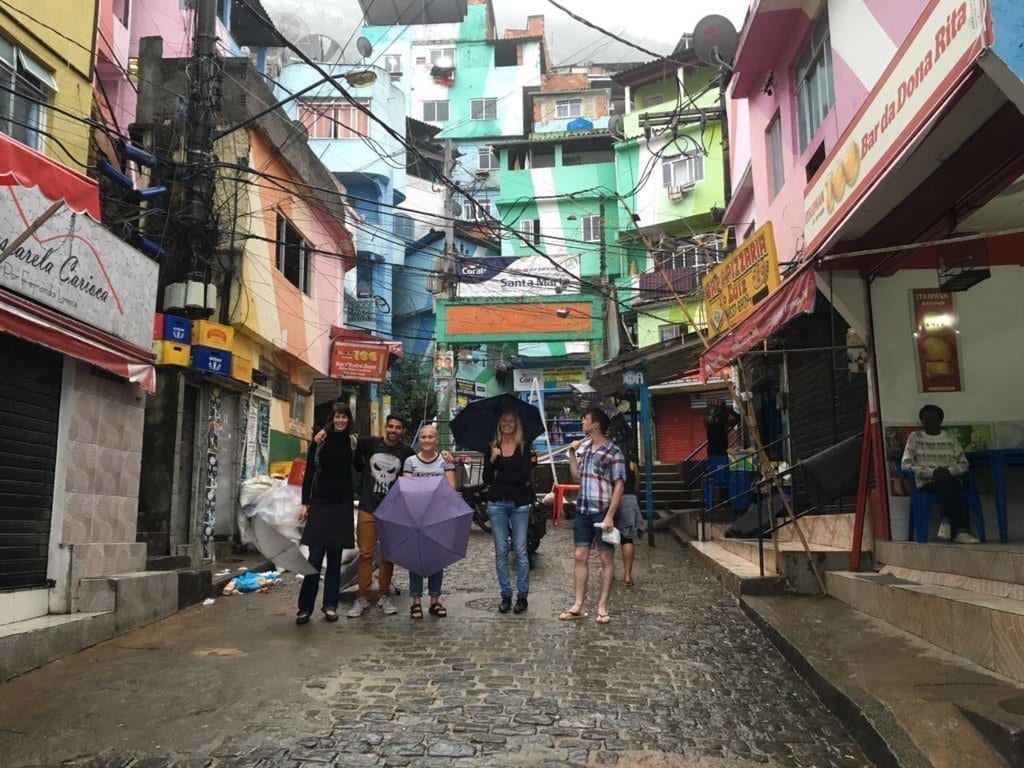 Last Friday we spent our day at Santa Marta. This is a very famous favela in Rio de Janeiro, and also is one of the safest. Our students were from Germany, Norway, Scotland and United States. Everyone was excited to know how the life in a brazilian favela is, its architecture and curiosities.

The day was a little rainy, but nothing that would prevent us from knowing the charms of Santa Marta. Consequently, we started our tour taking a cable car to get to the top. The slum is one of the steepest in Rio, so there is that transportation to help residents move around better.

Upon arriving at the top, our local guide told us many stories and curiosities about the place. Thus, we learned a lot about the culture, daily life and difficulties faced by residents. After that, we went down the numerous steps, knowing every corner of the slum to get to the main point – The statue of the star Michael Jackson. 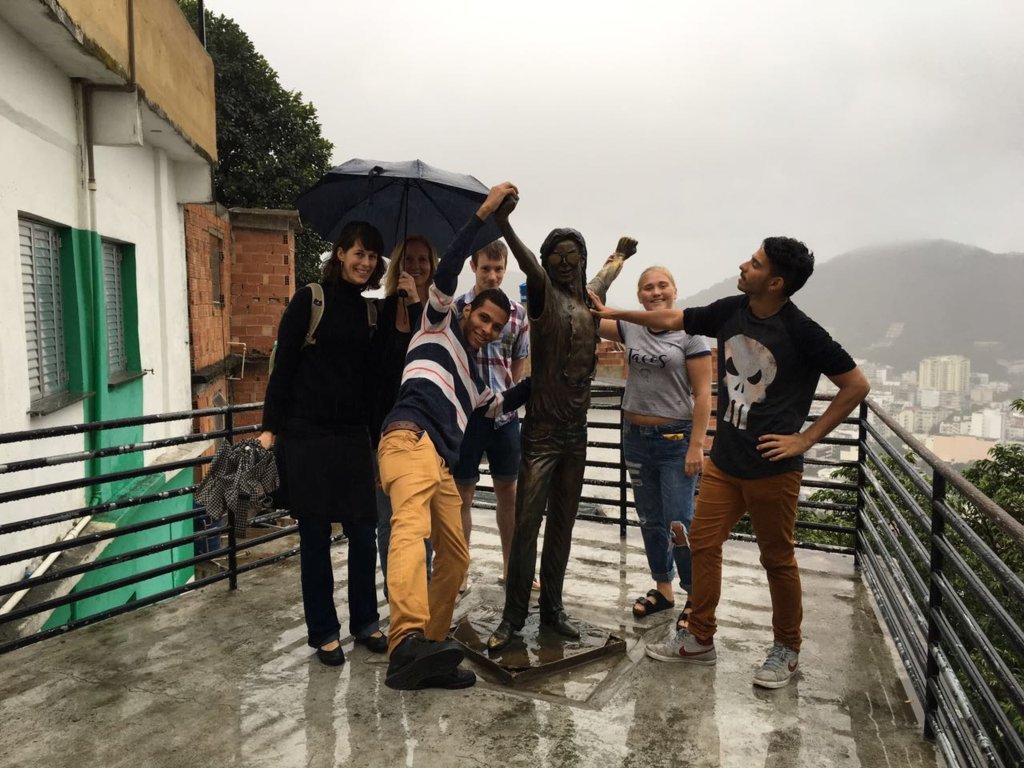 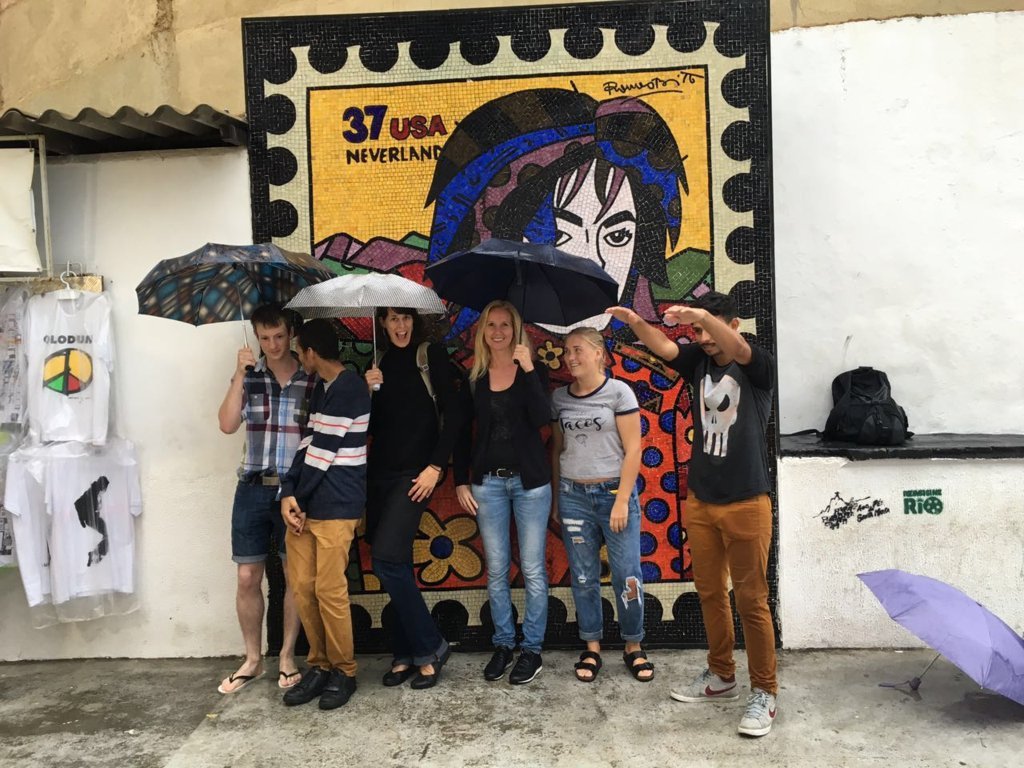 So, in the end, we visited a square in the favela, where the houses are colorful, painted by Dutch artists. This is the main meeting point for locals to eat something, have a chat and have some fun. 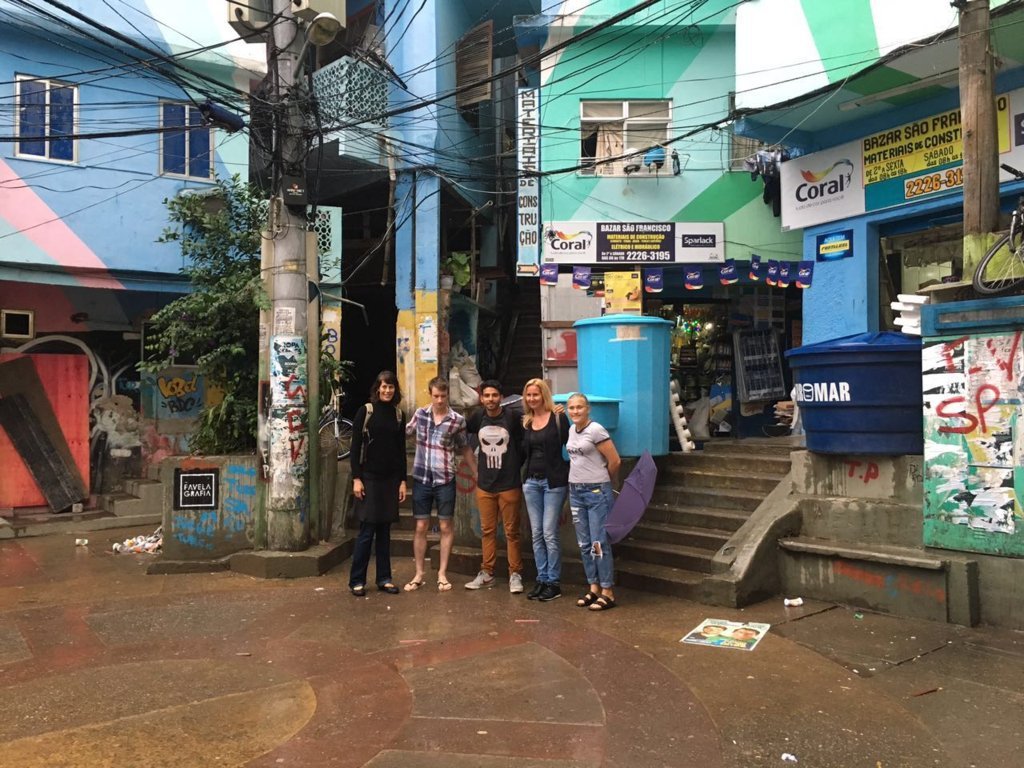 Come to Rio & Learn and practice Portuguese having fun with our RioLIVE! Activities.