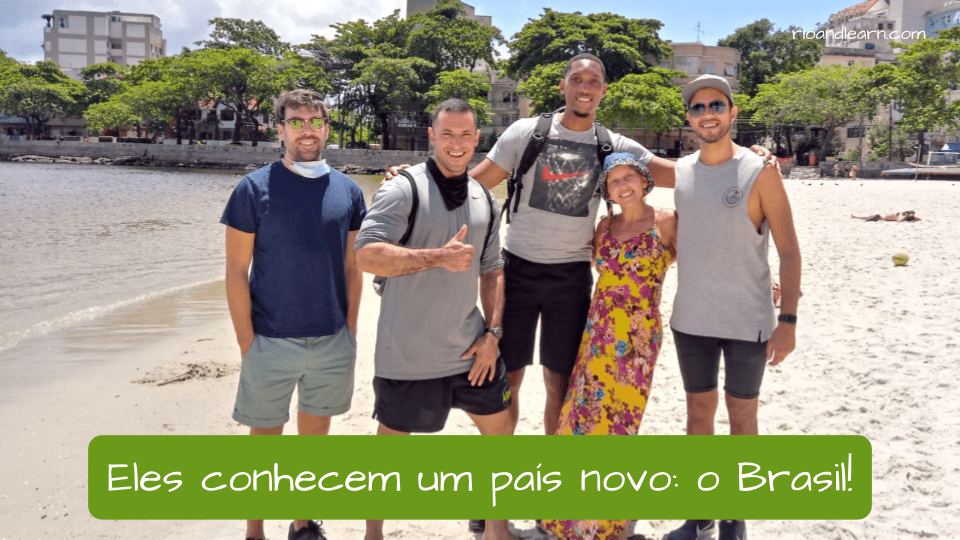 Whether you’re a native English speaker, or you grew up with Spanish, you’re bound to run into some difficulties with some hard words to pronounce in Portuguese. But how do you overcome that? And what are some of the most difficult words in Portuguese for foreigners to master? Listen to one of our native teachers pronouncing these tricky words, and then practice yourself!

If you’re a Spanish speaker, this is most likely your worst nightmare. Your girlfriend just told you she wants to visit her grandma (avó)… or was it her grandpa (avô)? That’s no big difference, so who cares? Well, maybe you will when you start switching your cocos for cocôs. So let’s take a look into the vowel sounds that you can find in some difficult words to pronounce in Portuguese.

Worry not, though! I did mention they were near impossible – but that near just means that you can do it! The key is to train your ear to recognize these sounds. So listen to these audios, and every Brazilian movie and music you can find! Once you’re able to differentiate them, pronouncing them will be a lot easier, too! You can check out this Dica to find out more about vowel pronunciation in Portuguese.

Consonants and Hard Words to Pronounce in Portuguese

Now, in Portuguese, we love to use the same consonants to represent a multitude of different sounds. So, yes, the letter X has about five different sounds, the Portuguese R can be pronounced two different ways and don’t let me get started on the letter S. These are all quite difficult to get used to when you’re reading something out loud, but trust me, it’s not as horrible when you just hear them! Listen to these difficult words in Portuguese and see if you can say them yourself:

I hope that you paid attention to those consonants! Can you pronounce lh, nh and j in Portuguese? And how’s your S with Z sound doing?

Difficult Words in Portuguese with a Carioca Accent

Here’s the deal: not everybody who speaks Portuguese speaks the same way. Although that may be obvious, what you may not know is that the carioca accent, despite being beautiful, can be a little bit trickier to learn if you’re a foreigner. In Rio de Janeiro, we like to pronounce d and t differently from the rest of the country. Instead of a hard sound, like you may hear in the Northeast of Brazil or even amongst Spanish speakers, cariocas opt for a dj and a tch sound instead, especially at the end of a word. Check this out:

Are you carioca enough to master those? And are you curious to hear what other accents are like in Portuguese? Check out this video.

Maybe you’re sitting there right now wondering: “When are they going to get to the real hard stuff?”. The time is now! We at Rio & Learn challenge you to record yourselves trying to pronounce these words! You can also call up your friends and see how well they fare with these difficult words in Portuguese. Ready?

How difficult were those to pronounce? I hope you had fun!
See you in the next Dica!
Bye bye!