Yesterday we challenged the weather forecast…rain does not scare us! That being said, we faced an awesome hike discovering Dois Irmãos. At the beginning we were a bit unsure because of the weather, but that was not a real problem, and the weather kept changing the whole time between super cloudy and sunny, which was great since it made the hike a bit easier. On our way up the favela we took a Kombi and the students sang the whole way, showing extreme excitement with our adventure. Our sound track was “Baile de Favela“, which is a song so popular that became an expression to talk about something good. So our students kept singing “Dois Irmãos é Baile de Favela”.
During the hike our students showed great interest to conclude the challenge and at all times they made jokes in Portuguese. The students were impressed with the size of the favela Rocinha, which is right next to the mountain, since from the top you can have a full idea of the dimension of the place. When we got to the top we were baffled by the view, which is always amazing. We took the time to take many pictures. For many, this is the most incredible view of Rio de Janeiro. Our way down was easier, but our biggest incentive to come down was the fact that we knew we were going to have a delicious açaí at the favela Vidigal. It was a very fun RioLIVE!…one of the best that Rio & Learn ever had.
Come discover Rio de Janeiro taking part in our RioLIVE! Activities! 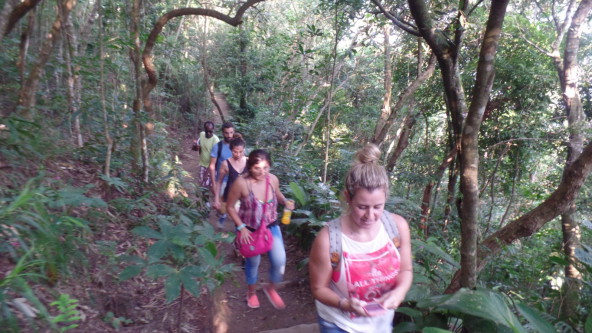 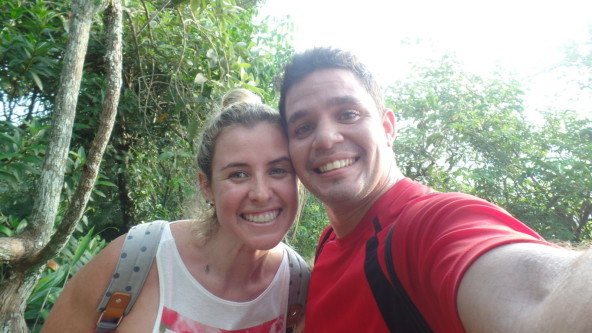 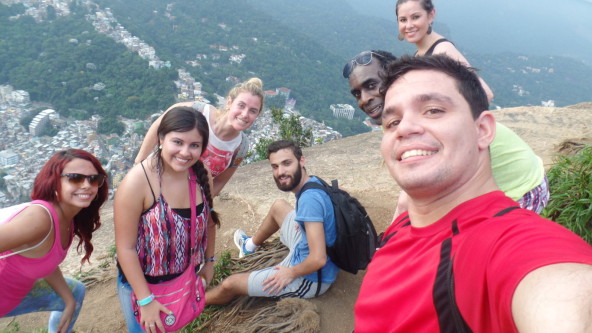 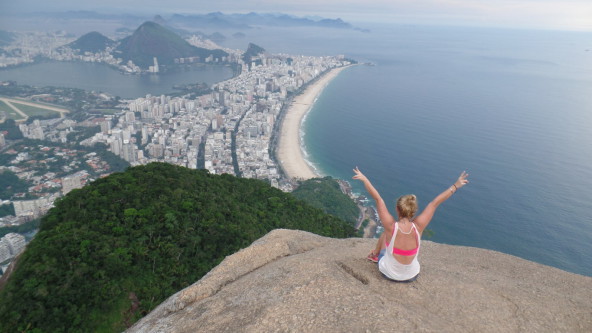 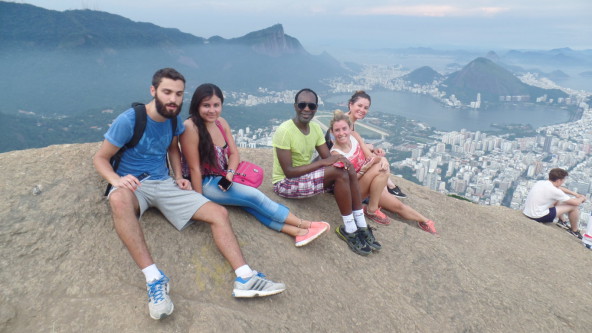 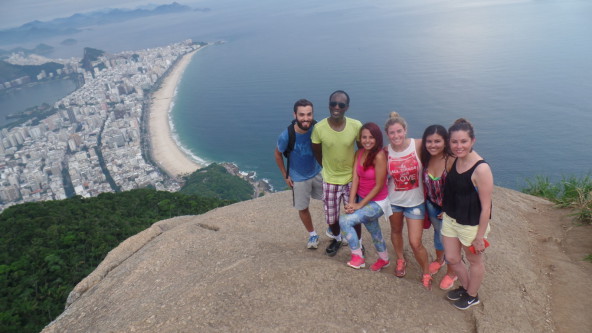 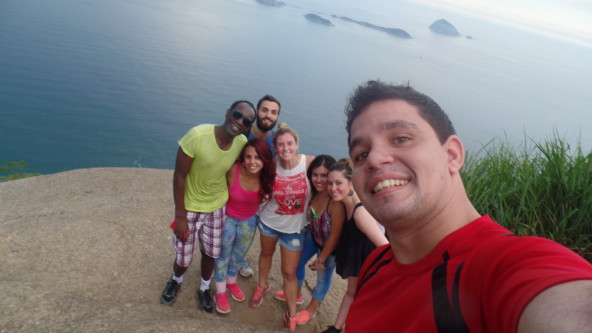 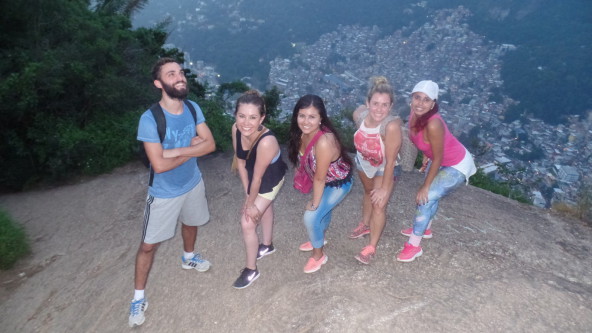 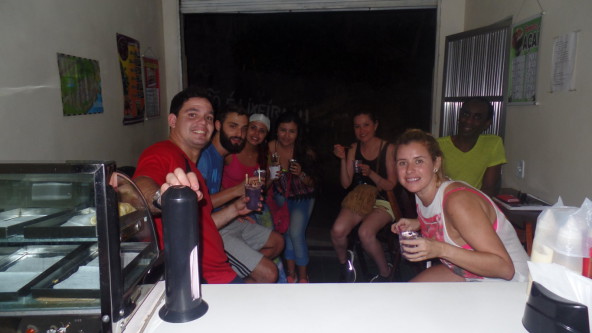