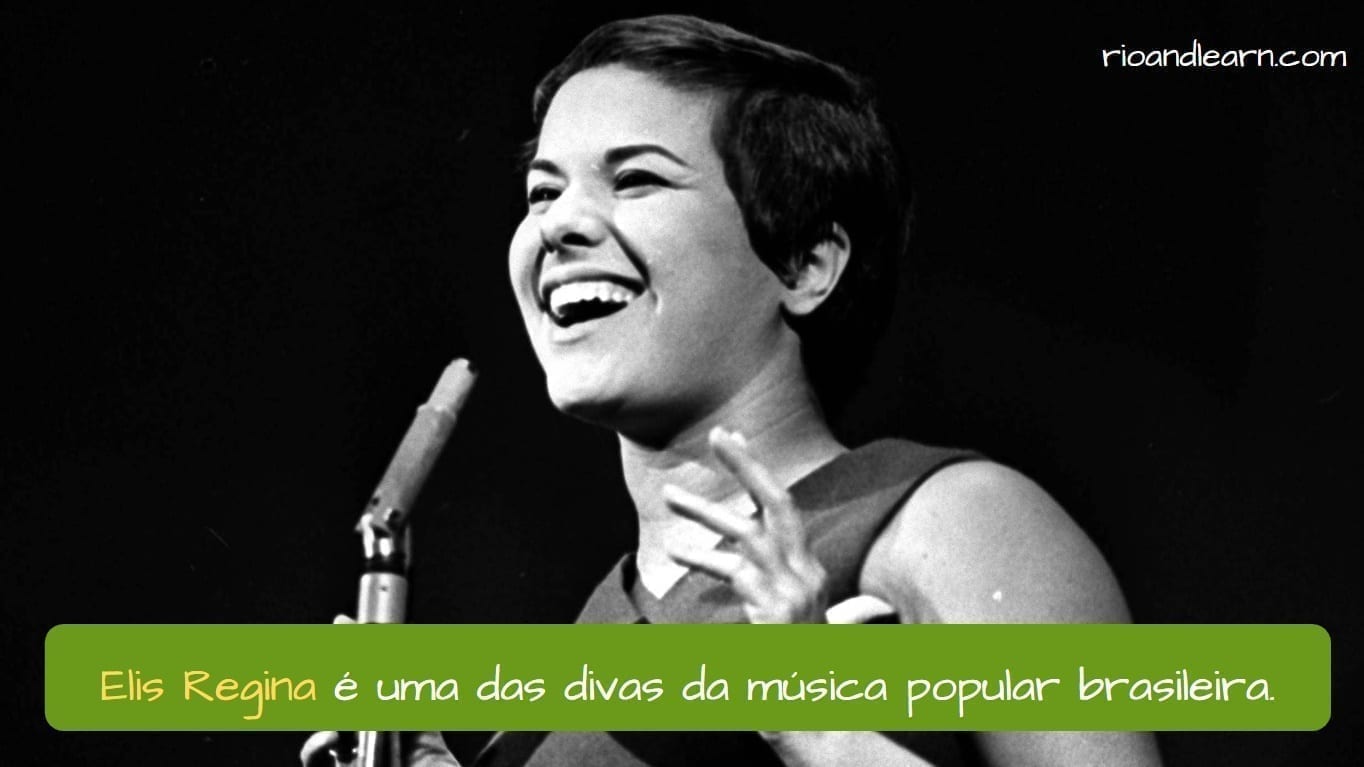 Hey, guys! You‘te ok? Today in our Dica we will talk about the singer Elis Regina. One of the divas of the Brazilian music scene.

Elis Regina was born on March 17th 1945 and she was a Brazilian singer who was known for her powerful voice and also her versatil performance, highly emotive expressions performing her songs and also gestures. She is considered the greatest Brazilian singer of all time by many people.

She started singing on the radio at the age of eleven and in 1961 she released her first album at just sixteen years old. During the 60’s she started gaining more attention and more gigs singing and hosting shows in Rio de Janeiro and São Paulo, both places where a singer might have a greater chance to reach national success.

She recorded many, many different and good songs, some of them such as : O bêbado e o equilibrista, Como nossos pais and Madalena. Songs that later were performed by many other artists and, to this day, still are. Let’s see a video of Elis singing one of her most famous songs:

Elis Regina passed away on January 19th 1982, she was only 36 years old. Her death was due to complications of alcohol and cocaine abuse. She had three kids, João Marcelo Bôscoli, Pedro Camargo Mariano and Maria Rita. The youngest one following her mom’s steps as a successful singer.