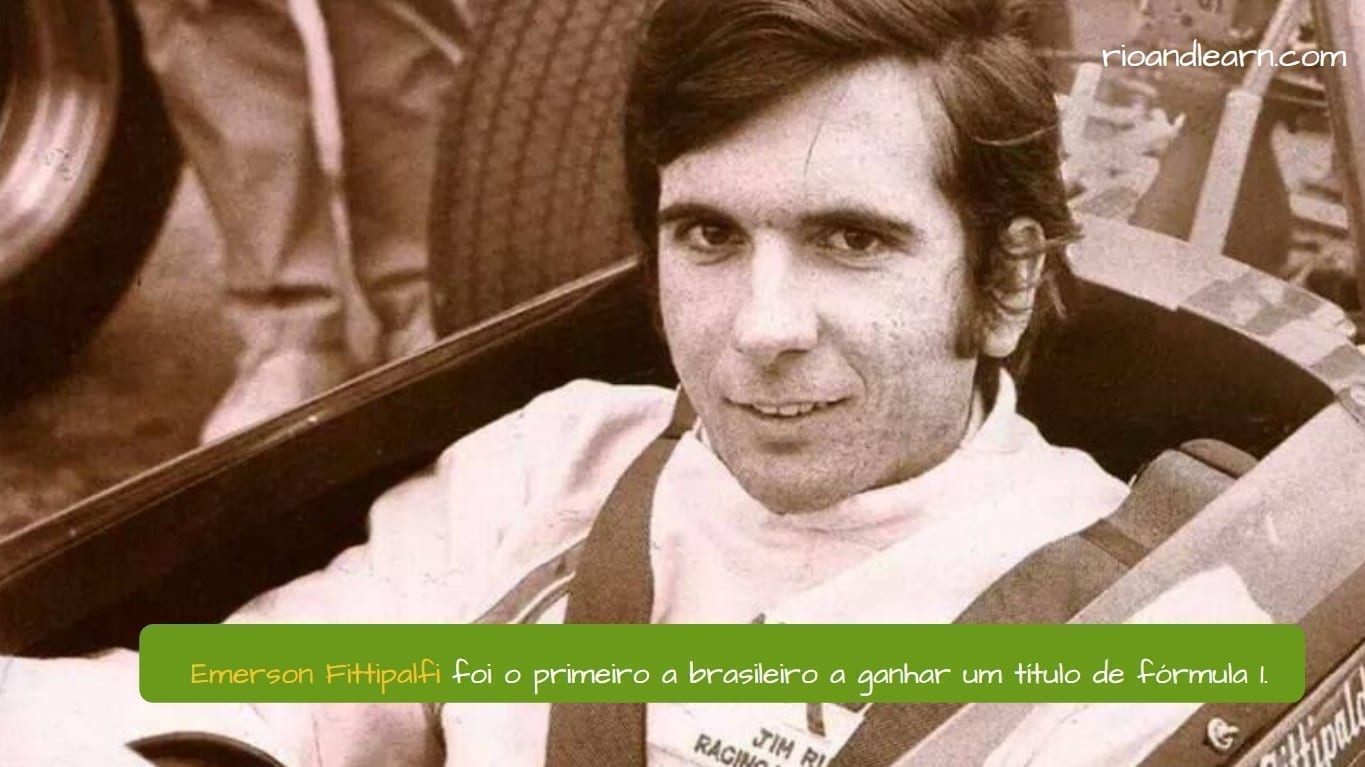 What’s up, galera? How are you doing? In our Dica today we are going to talk about Emerson Fittipaldi. The first Brazilian to win a Formula 1 Championship.

Emerson Fittipaldi was born on December 12th 1946. He is a retired Brazilian racing pilot who won both the Formula 1 World Championship and the Indianapolis 500 twice each and the Formula Indy championship once. He is recognized as one of best racing drivers of all time! Furthermore, he was also the first Brazilian to ever win a Formula 1 championship. The most prestigious category of sports car racing. He started racing karts in 1964 and after winning races in Brazil and Europe in various categories, Emerson was ready for a bigger challenge.

He joined Formula 1 in 1970 with the Lotus Team as a third driver, by 1971 he had become the team’s number one and finished sixth in the world championship. The following year he won the championship with a score of eleven races that season. This made him the youngest driver to win the championship, at that time. In 1973 he finished the championship in second place, now driving for the McLaren Team and in 1974 he was the champion for the second time, putting his name in F1 racing history and would open doors for more Brazilians F1 champions to come. Let’s see a video with some highlights of Emerson:

After leaving Formula 1 in 1980, Emerson Fittipaldi returned to duty in 1984 to compete in a different category, Formula Indy. He competed there for 12 years, he won one championship and he also won some big races including the Indianapolis 500 in 1989 and 1993. In the first one he also had one of the most exciting duels for pole position against Al Unser Jr. Let’s see a video of that duel:

Some Curiosities about Emerson’s Career