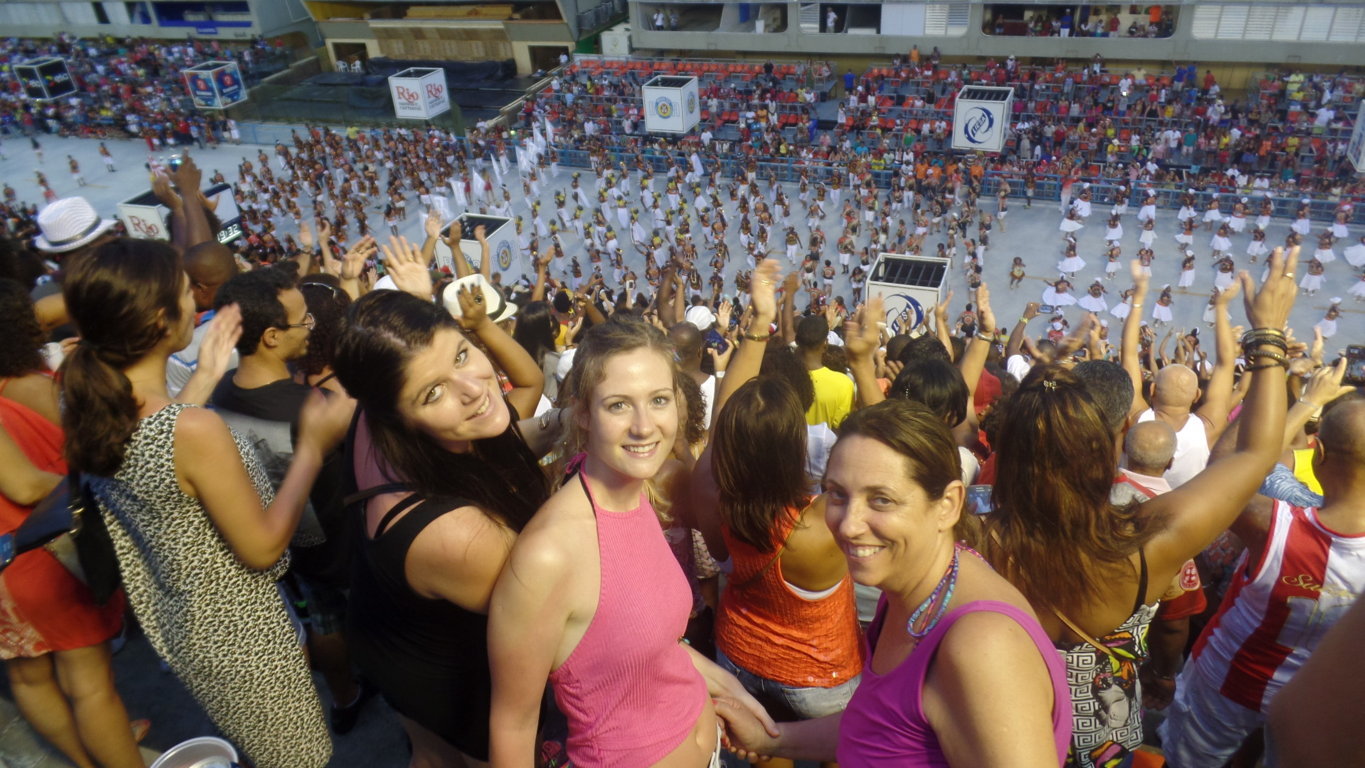 Have you ever been to Rio de Janeiro in Carnival? What about the samba school rehearsals in Rio de Janeiro? Do you know how the party there looks like? In this RioLIVE! you are going to get a little bit of the taste of it. The Carnival Parades at Sambódromo are the most famous thing in this party. The samba schools march throughout the avenue showing what they prepared during the whole year and also what they are going to perform.

But before the party there, these schools rehearse at Sambódromo to correct mistakes and make even the smallest details perfect. The good thing is that people can watch them practicing even before the official parade. There you will get the chance of learning the official songs, see some of the costumes and choreographies that will be presented. Samba schools are judged by many things that they do at the parade, performing a good choreography is one of the most important things.

Sounds good, doesn’t? With Rio & Learn you will get the chance of seeing it in a very close way. A great warm up and a great way to start partying the carioca’s Carnival. Come and join us for this great event!