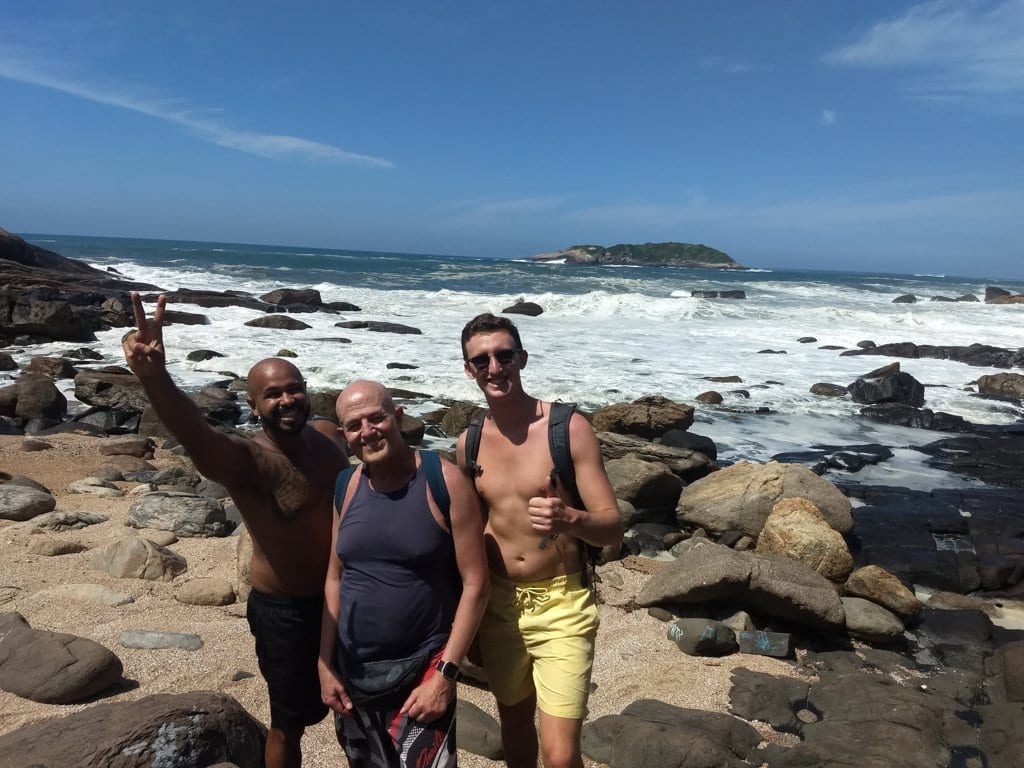 Several years ago, when I read about the existence of largely unspoiled beaches within the city limits of Rio de Janeiro, but far from the hustle and bustle of Copacabana and Ipanema, I immediately added those beaches to my must do list. But, in all my 14 trips to Brazil, I never had an opportunity to see the sea and adjacent coast of Rio de Janeiro as it existed before colonization by Europeans. Finally, today, I had my golden opportunity to see this far-flung part of Rio on our #RioLIVE trip. Our excursion was led by our fabulous Portuguese professor, Moisés Santos.

Fortunately, Rio & Learn hired a driver for this trip, Dyego, because I’ve heard that it’s very difficult to get this far out in Rio using public transit alone. We left at 8 am and Sunday outbound traffic was light, so we zipped through the well-known Zona Sul beach communities of Copacabana, Ipanema, and Leblón. Soon we were in Barra da Tijuca in the far western part of Rio, where many events of the 2016 Rio Summer Olympics were held.

As soon as Dyego exited the main highway, Avenida das Américas, the scenery immediately became more rural. We had arrived in a village called Barra de Guaratiba. After finding a parking spot, we hiked uphill within the village, on a steeply sloped paved road reminiscent of the 22nd Street incline in my Potrero Hill neighborhood in San Francisco. The village and the streets abruptly end at the edge of town. From there we were on a moderately difficult trail that meandered up and down. But, at the end of our trek, we had made it to a peninsula, Ponta do Picão, where we saw rappelers scaling this formidable vertical slope. We were able to enjoy two secluded beaches here, the first on the south side of the peninsula and the second on the north side.

We returned to Diego’s car over the same undulating trail, which reminded me a bit of my August 2017 trip to the US State of Oregon to view the total solar eclipse and during which time my sister, brother-in-law and I tackled some moderately challenging trails. We then drove to another of Barra da Tijuca’s rural beaches, Praia de Grumarí. Kurt and Diego played a bit of beach ping-pong on Grumarí beach, while Moisés and I relaxed.

Afterwards, Diego drove a short distance from Praia de Grumarí to another famous strand, Prainha. It was now time for lunch, so we stopped at the Bar e Restaurante Mirante da Prainha, where we enjoyed a delicious meal of braised robalo, a fish that I had never heard of previously, but is apparently very common in Brazil and some species of which exist off the Atlantic Coast of the State of Florida in the USA. A nice cold cerveja (beer) was the perfect accompaniment to quell the thirst I had after all the hiking we had done in the tropical heat of Rio. Following our lunch, we had time to relax at the beach, Prainha, near the restaurant. I took a nice walk up and down the beach and, while only intending to get my feet wet, I managed to get splashed from head to toe because of the unexpected size and force of some of the waves breaking on the beach. Fortunately, the water temperature was like nice lukewarm bath water.

Our final beach stop, on the way back to Copacabana, was at a barraca (seashore bar and restaurant) in the more developed part of Barra da Tijuca. A cool, forceful breeze picked up, powerful enough to cause a couple of those large beach umbrellas to fly down the beach. But for us the wind was a welcome breath of fresh air to cap off a day of exercise and relaxation in this lovely part of Rio de Janeiro that is unknown to most tourists and, according to Moisés, to many cariocas (residents of Rio de Janeiro). 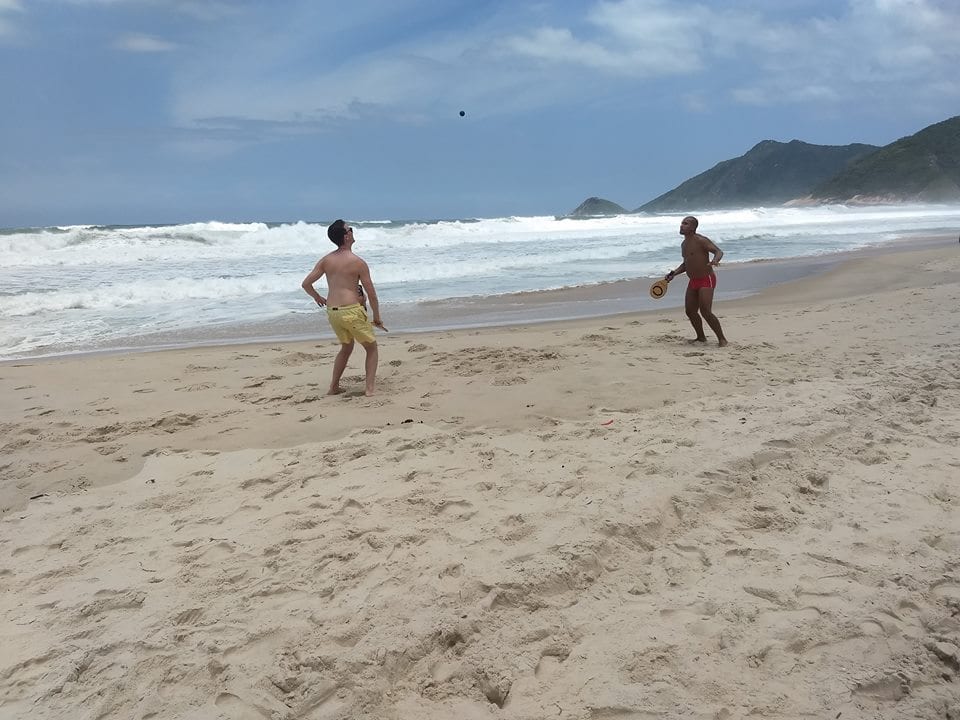 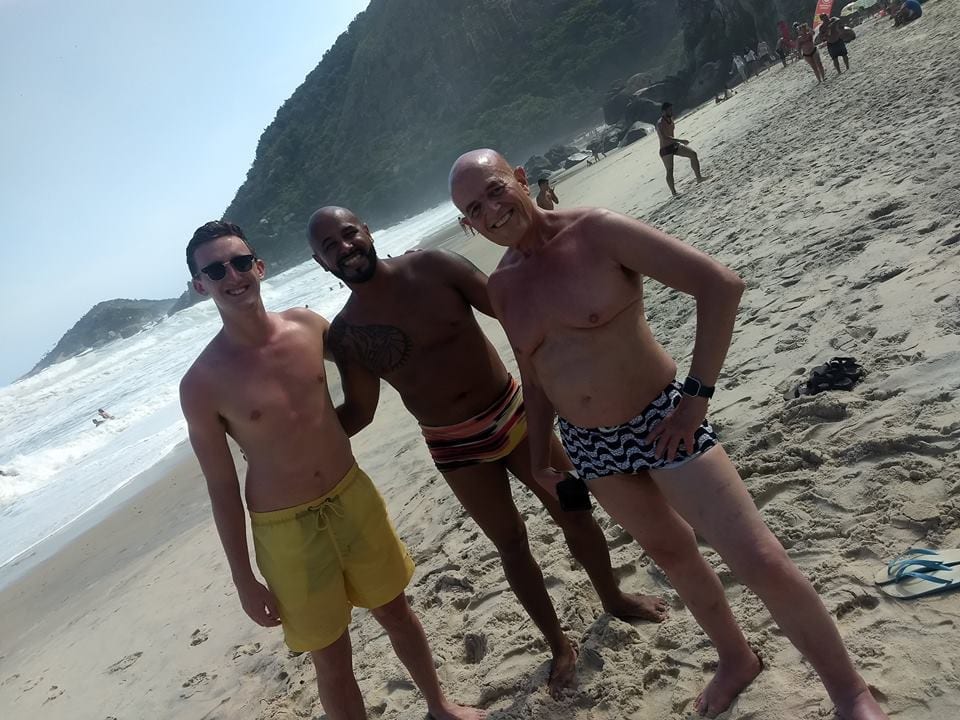