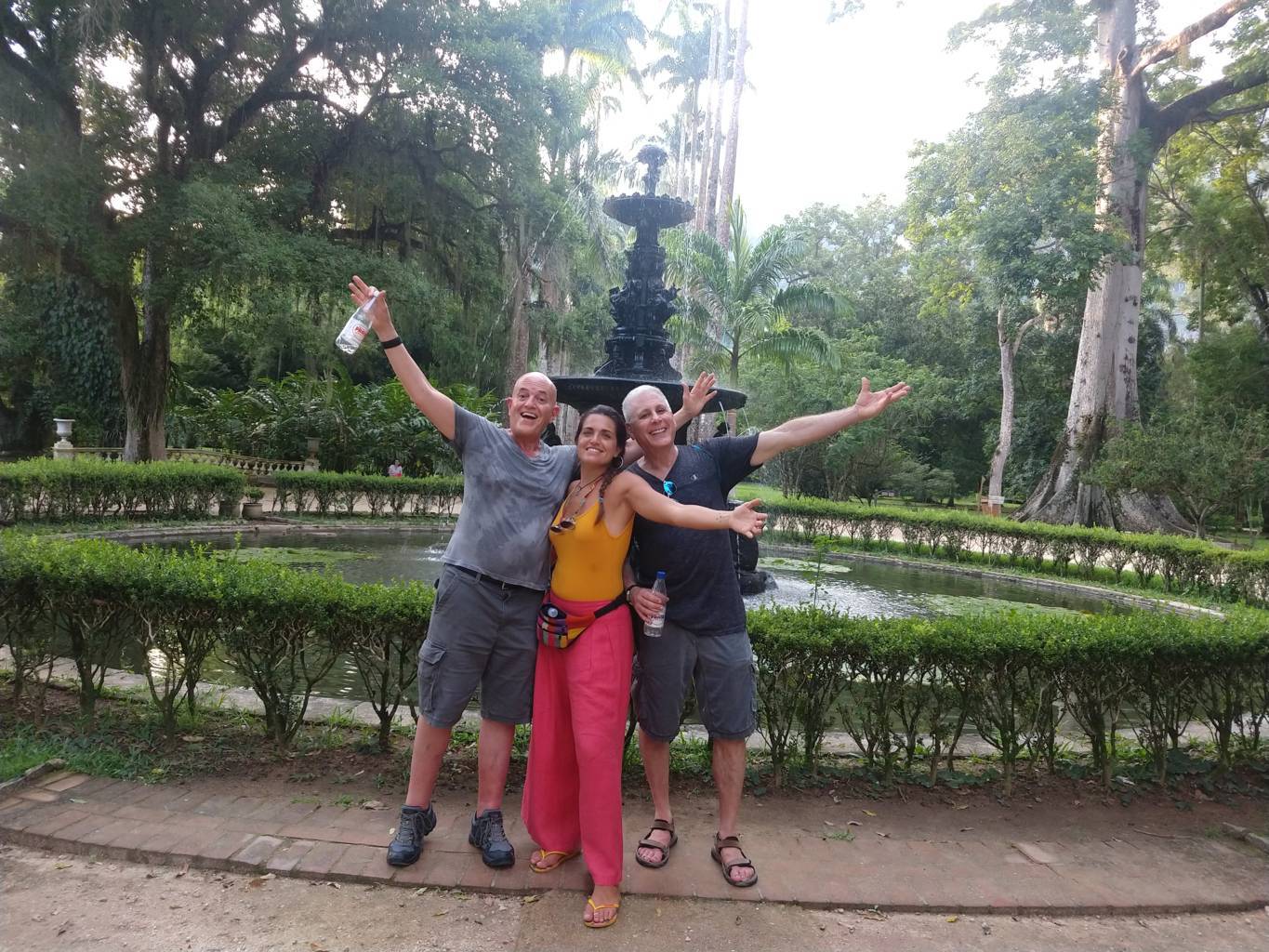 Our RioLIVE! activity on Monday, 18 March 2019 was a visit to the Jardim Botânico. This is a huge park within the city of Rio de Janeiro that is connected to the Tijuca Forest, one of the last remaining pieces of the “Mata Atlântica” (South American Atlantic Forest) that existed before the arrival of European colonizers. Over 200 years ago, the Emperor of Portugal, Dom João VI, had the foresight to reserve for his and future generations a large piece of this forest as a nature preserve. Since the creation of  the Jardim Botânico, it has been expanded to include species of plants, not only native to Brazil, but also from all over Latin America. During our two-hour visit to the Jardim Botânico, we were able to see many examples of the flora (and even some of the fauna) that are alive and thriving in this immense park. For example, we walked on a pathway lined by incredibly tall palms. We also saw trees with trunks of enormous dimensions. We took photos of one of our classmates, Valeria, hugging the trunks of those amazing trees. We walked alongside a waterfall that drains rainfall coming from the heights of the Tijuca Forest. We strolled through greenhouses containing all types of lovely orchids. And we observed large turtles sunbathing and swimming in a pond. This was an amazing experience and one that reminds us of the importance of the forests of Brazil, not only to the Brazilians but also to all of mankind.