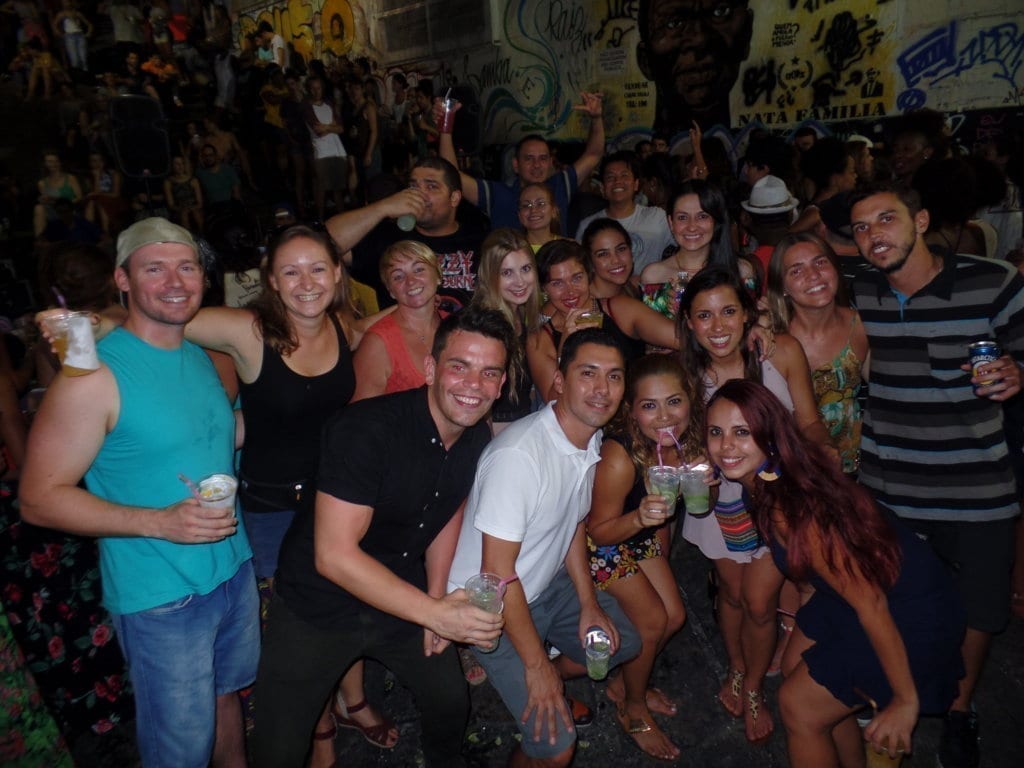 Do you know Pedra do Sal in Rio de Janeiro? Do you know how to dance samba? How would you feel about dancing samba in the place where it was born?

Pedra do Sal is a small rock formation located at a square in Rio de Janeiro’s downtown area, close to Praça Mauá. This alley-like rock is also known as Little Africa. In the 17th century, the first African immigrants came from Bahia and settled there. It was originally a slave market, so this square naturally became home to the sounds of chorinho and samba, as the slaves sang songs about home.

Samba at Pedra do Sal in Rio de Janeiro

Pedra do Sal is where the first Carioca Samba originated. It is where the early and most famous sambistas would perform their pieces. Today, every Monday and Friday, a Roda de Samba sets up around a table to sing classics to everybody there, making way to one of the most traditional and authentic nights out in Rio de Janeiro.

On Friday night we will listen to live music and have fun gazing at a sky full of stars! We will dance the night away while tasting a few snacks like Queijo Coalho (cheese on a stick), which is a delicious Brazilian street food, and drinking a few cold beers or a traditional caipirinha. It’ll surely be amazing to enjoy this atmosphere where cariocas mix together with the rhythms of Samba.

Suscríbete a la A Dica do Dia